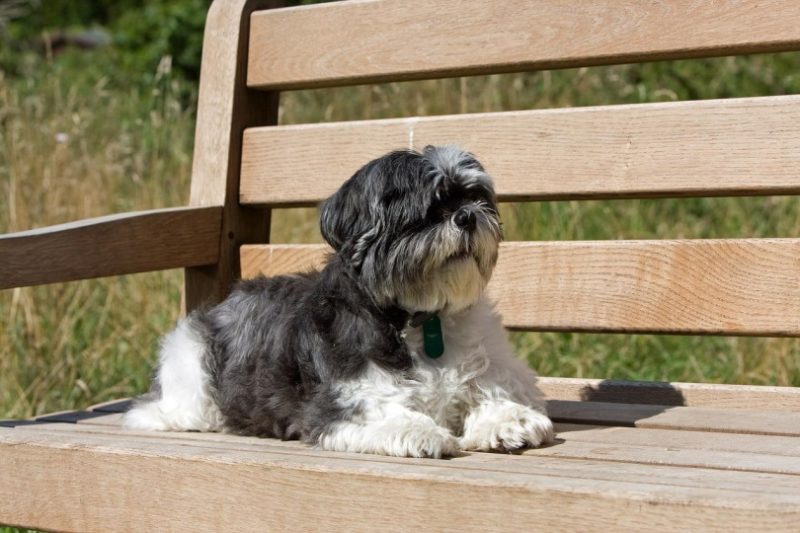 The Shih Tzu is an adorable little dog breed that can be found in households throughout the world. With a luxuriously long coat, cute ears, and a dainty gait, it is hard to resist the companionship of a Shih Tzu, young or old. The name Shih Tzu means little lion in Mandarin. The name was likely given to this breed as a nod to the Tibetan Buddhist god of learning, as it’s said that the god traveled with a small dog that was able to turn themselves into a real lion when necessary.1

This is an old breed with a rich yet muddled background. We know that the Shih Tzu was first recognized by the American Kennel Club in 1969, but what was this dog originally bred for?2 What’s the history of this breed? We got all the details right here!

The Shih Tzu Hails From China

Historical information and documented records point to the existence of Shih Tzus in China as early as 1,000 B.C. Documents show that countries such as Turkey and Greece offered toy dog breeds to the Tibetans and Chinese as gifts before 624 A.D., and those dogs are thought to be the descendants of the Shih Tzus. It is believed that these dogs were developed in Tibet, as the Tibetan lamas wanted toy dogs that resembled little lions.

The Shih Tzu is known as being the oldest and smallest dog breed to have existed in Tibet. Imperial rulers were the most common people to breed Shih Tzus, which they referred to as holy dogs, and would not initially sell or trade them to other countries. Finally, after these dogs were allowed to be traded to other countries, they became popular household dogs all around the world.

Shih Tzus Were Bred for Royalty

Unlike other dog breeds, the Shih Tzu was not bred for hunting, showing, or competing. Instead, they were bred by and for Chinese royalty. These dogs were assigned to posts at the temples, where they would “guard” against unwanted visitors and bad spirits. Royals in China would keep these dogs as companions and take them everywhere they went.

Why Are Shih Tzus Bred Today?

There is no other reason that Shih Tzus are bred today other than to satisfy the demand of pet owners. These dogs are fun loving, family oriented, intelligent, loyal, and curious, which makes them excellent family pets for households of all types. These are charming dogs that enjoy making new friends and playing with kids.

Their adventurous side demands daily walks and occasional adventures in the car and at the park. These dogs have extremely long, luxurious hair that can be styled in a variety of different ways. Many owners even put bows in their Shih Tzu’s hair! All these things make this breed extremely popular. Therefore, breeders find it lucrative to continue breeding them.

The Shih Tzu is an exceptionally old breed that was restricted to royals in China but is now popular worldwide. These gorgeous dogs require more grooming maintenance than many other dog breeds, but the efforts are well worth it.

See also: Why Does My Shih Tzu Cry So Much? The Surprising Answer!

Moyen vs. Standard Poodle: Which One Should I Choose