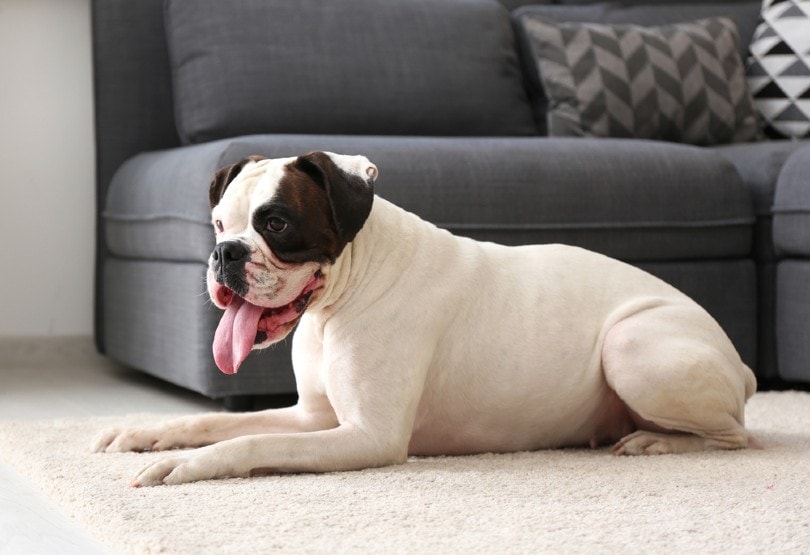 According to the American Kennel Club, a Boxer should not have white markings covering more than one-third of their coat. Those that don’t meet this criterion are what we consider White Boxers. This is not a breed on its own and has been the subject of controversy over the years.

Since their white color is associated with deafness, these dogs are not used for breeding and don’t qualify for the competition show ring. However, these previously unwanted white Boxers have gained favor with many in recent years as the designer dog trend continues to gain traction.

In Germany, the Boxer’s ancestor was a heavier breed referred to as the Bullenbeisser (bull biter). Today, the breed is a popular family pet. But their agility, high energy, and alertness still serve them well in their roles as guard dogs, athletes, cattle dogs, and police dogs.

With so much misinformation out there about white Boxers, it can be hard to separate fact from fiction. Are they a rare breed? Does their color make them albinos? And should you worry about the white color’s association with certain health conditions? Read on to find answers to these and more questions.

White Boxer Puppies – Before You Buy…

A well-bred Boxer puppy will fetch between $600 and $2,000 depending on your locality and the breeder. Ideally, a white Boxer puppy should cost less since they don’t qualify for the competition show ring and are not used for breeding. Some breeders may try to sell you a bill of goods about the white Boxer’s supposed rarity to hike up the price. Stay away from such con artists.

3 Little-Known Facts About The White Boxer

1. Boxers Are Among the Top 10 Most Popular Breeds

Boxer dogs were brought to America in the early 20th century, but the breed only gained popularity after the 1950s. At present, the Boxer dog is among the top 10 most popular dog breeds in the United States.

2. White Boxers Are Not Albino

Albinism is a lack of skin pigmentation characterized by white hair, white skin, and pink eyes. White boxes have blue eyes and can develop black spots.

3. White Boxers Are Not Rare

Contrary to popular belief, White Boxers are not a rare occurrence. In fact, more than one-quarter of the Boxer puppies born are considered white.

Temperament & Intelligence of the White Boxer

There is a common misconception that white Boxers have a different personality from other Boxers. Nothing could be further from the truth. These dogs are loyal and friendly towards family, but they can also be aggressive when being protective. While they can be wary of strangers, they tend to be playful and jovial when in the company of people they know.

The breed’s alert and watchful nature makes them perfect for their role as a guard dog. And their curiosity and high intelligence allow them to learn new things quickly. However, they are also independent thinkers and won’t respond well to harsh commands.

White Boxers are great family pets. For one, they are loyal to the core and are very protective of those they love. Moreover, they are very affectionate and will jump at you in greeting every chance they get. However, families that buy a white Boxer should be able to match the dog’s energy level.

If you live a sedentary lifestyle, this dog will be too much for you. Additionally, families with small children should be cautious. The dog can easily knock the little fellas down while bouncing and leaping around.

A white Boxer will coexist peacefully with other pets in the house, especially if you raise them together. However, their high prey drive will put your cat and other vulnerable pets at risk, so be sure not to leave them unattended in the same room.

Things to Know When Owning a White Boxer

Every pet has unique needs and demands. The following is what you need to know before owning a white Boxer.

All Boxers are medium-sized dogs with high levels of energy. This means that you must provide them with adequate nutrition to support their active lifestyle. White Boxers, in particular, need a high-quality diet rich in proteins, fiber, carbs, and fat.

However, take care not to overfeed your pet because this can lead to obesity. Stick to the scheduled mealtime and keep treats at a minimum. However, your dog’s nutritional needs may vary depending on their age, metabolism, and level of activity. An active adult Boxer should receive 4-6 cups of dog food per day, depending on their weight, as well as other variables. You should seek the advice of a veterinarian always when not sure what to feed your pup.

Since Boxers were originally bred for hunting prey, they need plenty of daily exercises to remain fit and healthy. Otherwise, they will direct their high energy elsewhere and can be quite destructive, especially when they get bored.

The dog will need at least 60 minutes of exercise every day to maintain good behavior. You can split that into two sessions of 30 minutes each. Walking, hiking and playing games such as fetch are just some of the things you can do with your furry friend. You could even choose to enroll them in dog competitions.

A white Boxer’s mind needs to be engaged to remain sharp and alert. Games and puzzles are great here. Additionally, teach them new tricks from time to time. Since they are highly intelligent, they tend to learn things fast.

However, a white Boxer is an independent thinker and doesn’t like to be bossed around. It is also stubborn and won’t respond well to harsh reprimands. Furthermore, this dog has no time for repetitive and boring routines. You will have to keep things fresh and fun if you hope to teach them anything.

Thanks to their short single-layered coat, white Boxers require minimal grooming. Moreover, the canines are generally clean. Just like cats, they are capable of grooming themselves. Therefore, you only need to brush their coat once a week to keep it looking neat.

Regular baths may not be necessary, but you should not neglect to clip their nails once or twice a month. Trimming the nails will prevent them from scratching you whenever they jump to greet you.

The lifespan of a white Boxer is 10-12 years. But their wellbeing can be threatened by various health conditions. Apart from the common health issues that affect Boxers in general, a white Boxer is susceptible to the following health problems.

There was a general belief that all white Boxers are born deaf, and many puppies have had their lives cut short because of this. In reality, the majority of white Boxers can hear just fine. The deafness in white Boxers is caused by the absence of pigment in the skin cells located in the inner ear canal.

Due to their lighter skin, white Boxers are more susceptible to sunburns. As a general rule, you should not expose your white Boxer to the sun for more than half an hour. Before you take them outside for exercise and play, ensure you apply canine sunscreen on their skin to protect them from the harmful UV rays.

Although the information available is mostly anecdotal, white Boxers are more prone to blindness compared to other Boxers with different coat colors. However, further research on the link between white Boxers and blindness is required.

Adult white Boxers will vary in size depending on their gender. Males can grow up to 22.5-25 inches, and they usually weigh between 65 and 80 pounds. On the other hand, females can be as tall as 21-23.5 inches and will weigh between 50 and 65 pounds.

Males are considered more loving and will not shy away from demonstrating their affection. Although they are just as loyal, female white Boxers tend to be more reserved and subtle in their display of affection. Additionally, they have less predictable moods.

Boxers are a unique breed that love to delight their owners with clownish antics. You will love how they “woo-woo” when asking for something and the “kidney dance” they do whenever they get excited. They are friendly, affectionate, and love to have fun. But they can also be alert and aggressive when necessary.

Boxers have worn many hats over the years. They can be guard dogs, police dogs, or cattle dogs. Their high energy and agility also make them excel in competition events. Apart from their susceptibility to specific health issues, white Boxers are very similar to regular Boxers. They can be the perfect pet companion if you don’t mind the occasional drooling and snoring. 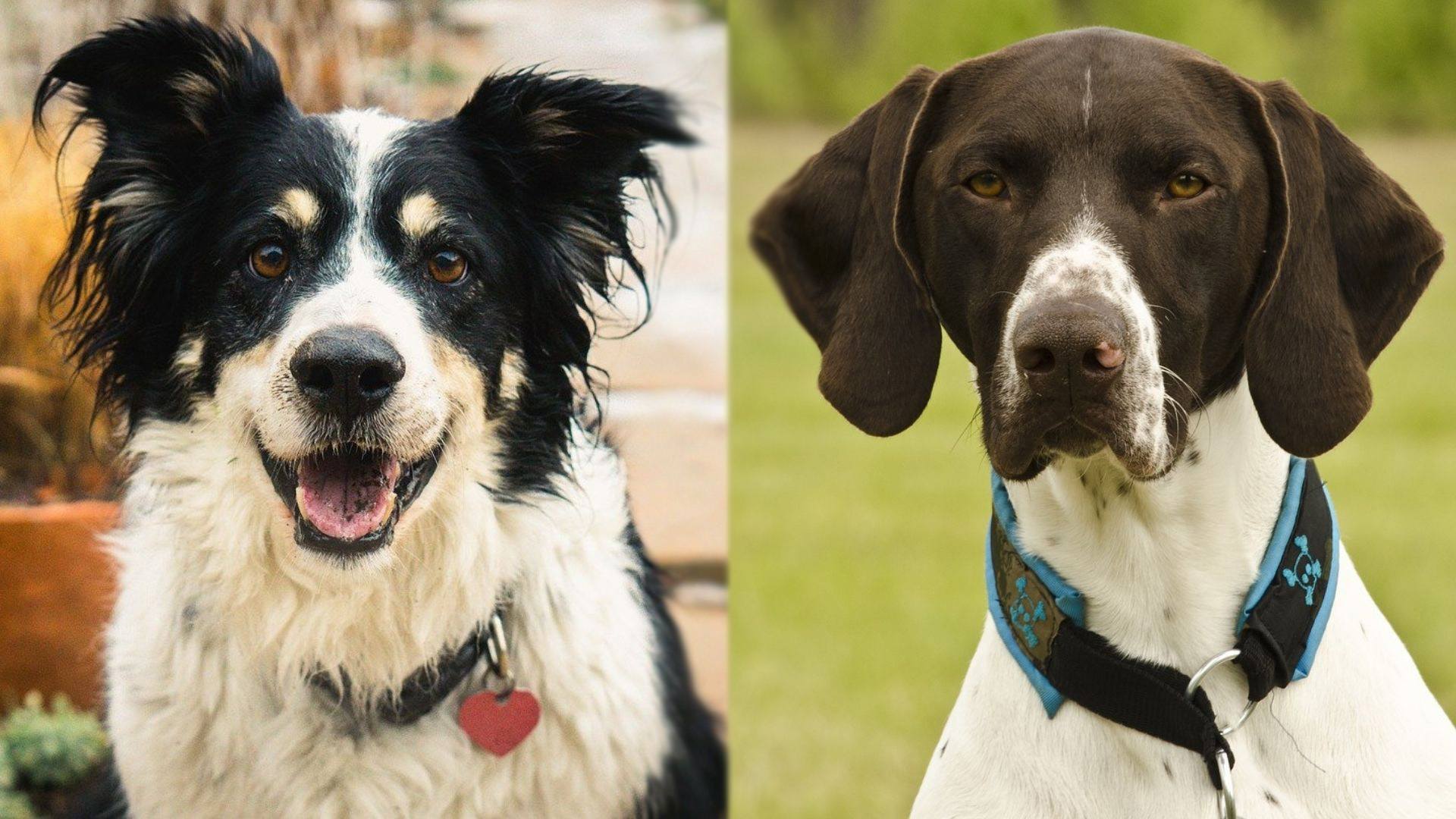 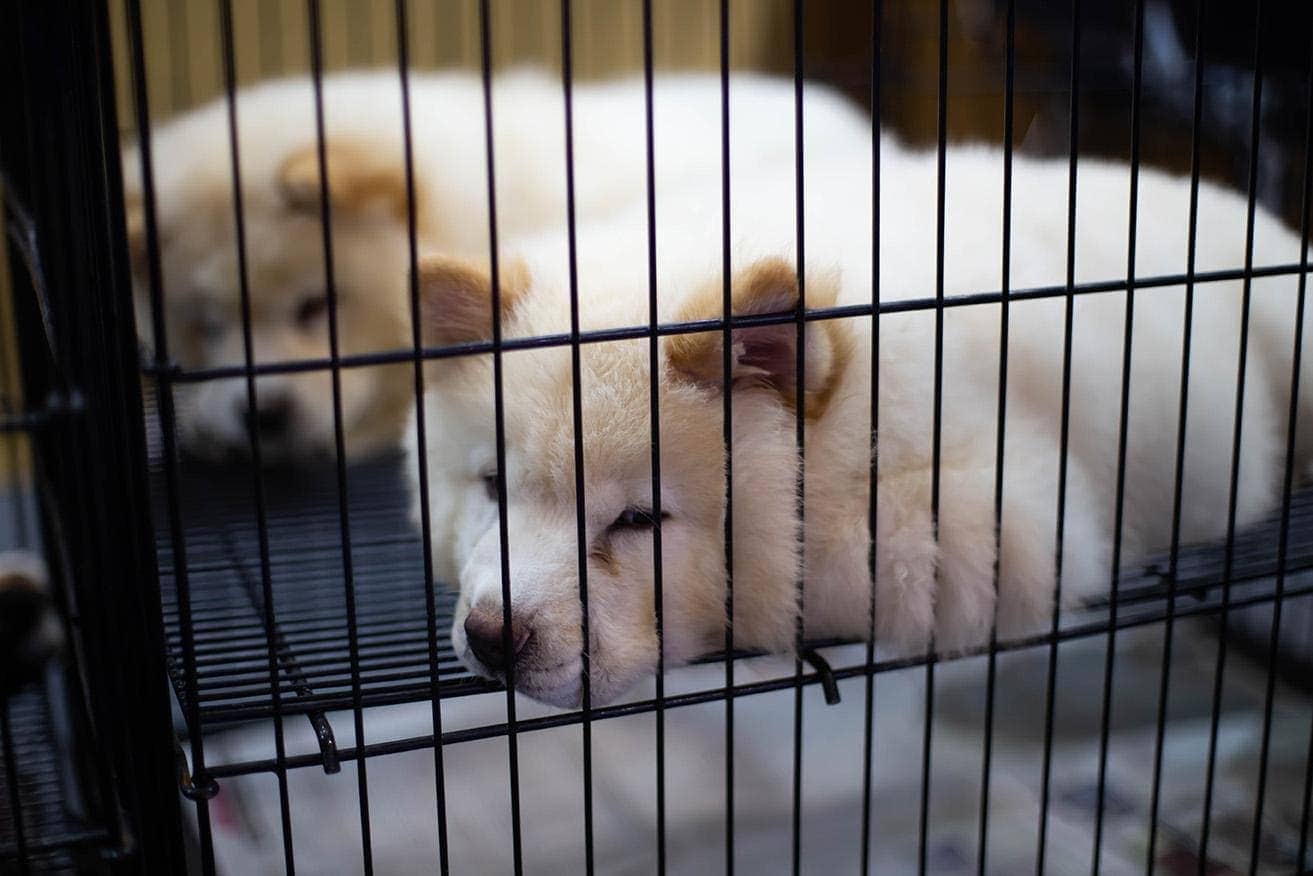 Puppy Mill vs Breeder: How to Spot the Difference!