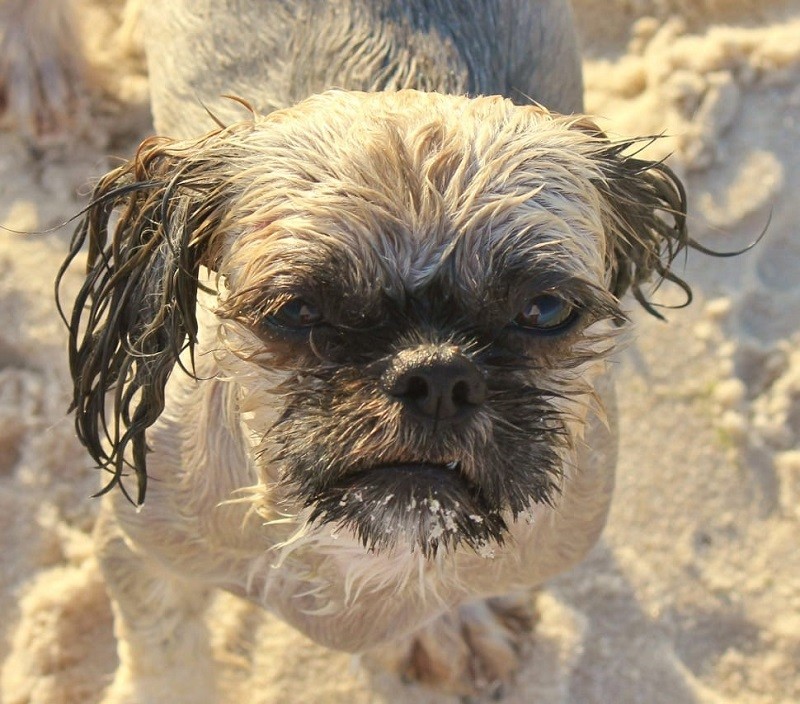 The Border Terrier is a charming dog with plenty of spunk and playfulness to make an excellent pet, whether you live in the country or the city. He is an affectionate pooch that loves anyone he meets. He is an active pup, too, which speaks to his history in fox hunting. The brave, little Border Terrier was the one flushing out the prey for the hounds to chase.

Despite his hunting past, the Border Terrier isn’t a yippy dog. He saves his barking for times when it matters, like when he’s ignored, or he spots something suspicious in his world. This delightful pooch has a lot more going for him, too. He is relatively low-maintenance on several fronts, making him an excellent choice for the first-time pet owner.

However, the Border Terrier, like most breeds, is better suited to some households over others. He also is intolerant of hot weather, although he handles the cold well. With enough attention, he’ll make a terrific pet. Let’s delve a bit more into the life of this fearless hunter and what you can expect if you invite one into your home.

Border Terrier Puppies – Before You Get One

The personality of the Border Terrier, like many dogs, reflects his past. Selective breeding drew out the characteristics to help him do his job. For this little guy, it was hunting. Whether it was fox hunting or getting rid of rodents on the homestead, the Border Terrier was alert for interlopers. That also gave him an independent streak and keen intelligence.

The Border Terrier is sometimes nippy, a habit you’ll have to tame early. He also has a tendency to dig, another byproduct of his history. However, he has a tough skin—figuratively and literally! Running alongside horses on the hunt encouraged his spirited nature, which is a hallmark of the breed today. The pup also has a strong prey drive and wanderlust potential. He’s a pet that must have supervision.

1. The background of the Border Terrier makes him a perfect competitor in Earthdog Competitions.

We’ve mentioned that the Border Terrier was part of the fox hunting scene. Let’s elaborate a bit. His role was to follow the foxes or rodents into their underground dens. Imagine that; face-to-face with your quarry in a small space. That’s precisely what makes him an excellent competitor on the competition front. Earthdog events recreate this situation—without the angry carnivore or rodent in the wings.

2. The Border Terrier resembles one of its prey species.

We’ve talked about how the Border Terrier hunted rodents and foxes. Another wildlife species on his hit list was the otter. In fact, the United Kennel Club breed standards refer to his otter-like head.

3. The Border Terrier delivers no matter what the weather.

This cute pooch took the creed of the US Postal Service seriously with its promise that “Neither snow nor rain nor heat nor gloom of night stays these couriers from the swift completion of their appointed rounds.” Owney, a Border Terrier, was the mascot, albeit, the unofficial one, of the Albany, New York post office in 1888. He rode the train along its stops to make sure they were on the job.

Temperament & Intelligence of the Border Terrier 🧠

The Border Terrier is an easygoing pooch that is eager to please. His intelligence keeps the wheels turning and always aware of his surroundings. The pup is relatively easy to train, although he’ll need positive reinforcement and a good reason to be obedient. However, he is neither timid nor aggressive. Instead, the Border Terrier is plucky and affectionate.

The Border Terrier is one dog that will keep up with the kids, thanks to his boundless playfulness and energy. Stamina and endurance are traits the breed has kept from their hunting days. On the downside, this pup is sometimes mouthy, made even worse by his strong jaws. And those puppy teeth hurt! New owners must work with their puppies to nip this bad habit in the bud.

The Border Terrier can get along with other dogs and pets in the household, especially if they are raised together. However, his strong prey drive will lead him to chase the family cat is she runs from him. The same applies to squirrels and other wildlife. His instincts will keep him on the hunt, too. This pup is one that you should always keep on a leash or in a fenced-in yard.

Another point worth mentioning is dog-friendliness. Selective breeding made the Border Terrier a more gregarious animal. After all, he ran with other dogs and hounds while on the hunt. It boils down to early socialization. The more people and pets he meets as a puppy will go a long way toward making him an ideal pet.

Things to Know When Owning a Border Terrier:

Although nippy but not yappy, the Border Terrier has many enduring qualities that make him a delightful pet. He is loyal and affectionate, always craving attention. He loves people and will lavish you with love and kisses. It’s always worth exploring the entire picture whenever you make a decision as important as getting a new pet. Let’s go over what you should know about this cute working dog.

The greatest duties you’ll have a new pet owner include ensuring that your Border Terrier puppy eats. Smaller breeds like him have a quick metabolism, which can lead to dangerous drops in blood sugar if not fed regularly. Offering him three to four small meals, evenly spaced, will make sure that there is enough fuel in the tank to keep your pup healthy.

Border Terriers tend to gain weight. Therefore, you must monitor his food intake based on his activity levels. Bear in mind that it’s easier to prevent pet obesity than it is to correct a problem. We suggest keeping the treats as training aids instead of between-meal snacks. Unfortunately, this pup is sometimes more food-motivated than we’d like to see in a small breed.

The Border Terrier loves to play, which can help ensure that he gets enough activity every day. However, apartment dwellers should walk their pup daily to keep him trim and mentally stimulated. Remember that he is a smart dog that will find something to occupy himself if you don’t provide it for him. An occasional game of catch will keep him happy.

Like others in his group, the Border Terrier is an excellent pupil, thanks to his intelligence. Positive reinforcement is the best guarantee for success with this independent pooch. We’d also suggest avoiding stern reprimands to prevent upsetting his sensitive nature. Consistency is a vital part of the process, too. Remember that he often worked on his own so that he can learn new commands quickly.

The high energy level of the Border Terrier makes him a less-than-ideal candidate for crate training. He prefers to have your attention and stick close by to you. He is not a needy dog, but he does enjoy his space.

The Border Terrier has a dense, wiry coat that you must strip with a grooming tool seasonally to get rid of the dead hair—and make vacuuming quicker. His fur is remarkably weather-resistant. He’s a dog that will keep himself clean. We’d also recommend plucking the hair from his ears occasionally to keep air circulating within them to prevent infections.

This breed differs from many other terriers in that the coat of the Border Terrier often looks rough. Put it down to their hunting and working history. The scruffy look is part of what makes this pooch such a lovable pet.

The Orthopedic Foundation for Animals (OFA) recommends several tests to receive the Canine Health Information Center (CHIC) numbers as an indication of their health and breeding potential. We strongly urge you to buy only from breeders who conduct all the required CHIC tests. The OFA also advises prospective owners to look for puppies that have received an eye exam and cardiac evaluation.

The good news is that the Border Terrier is a healthy dog for the most part. The breed avoids many issues because they are not overbred, like more popular breeds. Bear in mind that some screenings like hip dysplasia require follow-up tests as your puppy grows.

Male and female Border Terriers are close in size and temperament. It comes down to a personal choice. Either way, we recommend neutering or spaying pets that you don’t intend to breed. If you do, please check in with the Border Terrier Club of America to make wise and informed decisions.

The Border Terrier isn’t the AKC’s most popular breeder. However, we think if you ask pet owners, they would like this precious pooch to be their secret. His working background gives this pup the energy and fearlessness to allow him to hang with the big dogs. His boundless affection and loyalty seal the deal. While he may have some bad habits, they are easily tamed with early training.

The Border Terrier more than makes up for his few shortcomings. His playfulness and eagerness to please will win you over in no time. The fact that his breed is relatively healthy with few grooming demands makes it easy to see why the Border, as he is affectionately called, is a pooch worth considering if you have the time and energy to keep up with his active nature.