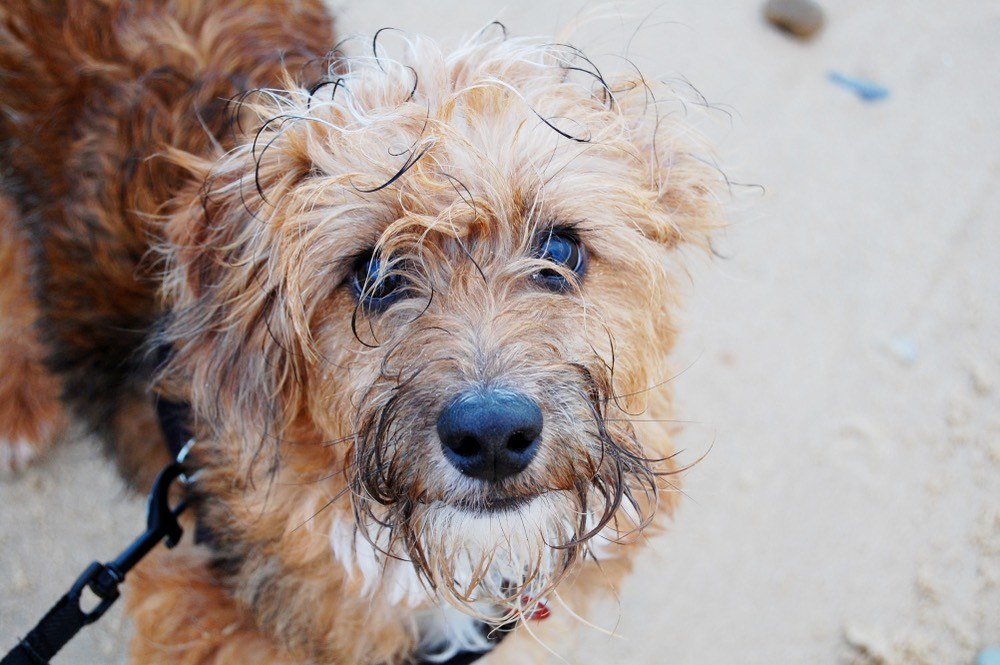 The Cairnoodle is a crossbreed between the Poodle and the Cairn Terrier. It was purposefully bred to inherit the best traits of its parent breeds.

The Poodle is an old dog breed. There are ancient Egyptian and Roman illustrations of dogs that look like the Poodle. The modern version has its origins in Germany, but during the 15th century, a few Poodles found their way into France, where they were bred into the standard, miniature, and toy varieties that are well known today.

The Cairn Terrier, on the other hand, can be traced back to Scotland. It was bred in the 1900s from the Scottish Terrier. This ancestor dates back to the Roman Empire. In 55 B.C., the Romans identified and recorded small, agile hunter dogs who often went to ground in pursuit of their prey.

The Romans named these dogs Terrarii, which translates to “workers of the earth.” The Terrier dogs thrived in Scotland and England.

Cairnoodle Puppies — Before You Welcome One Into Your Family…

Cairnoodles are energetic dogs. However, most of them inherit the laidback nature of the Poodle, requiring little exercise. On a scale of 1-5, the Cairnoodle gets a respectable score for energy.

This dog inherits their intelligence from both of their parent breeds, making them easy to train. Unlike other breeds, they don’t need too much repetition. However, house training these dogs can be challenging for many owners.

The lifespan of the Cairnoodle is slightly above the average lifespan of most dogs. This is mostly because Cairnoodles are quite healthy. Being designer dogs, they suffer fewer health complications than purebreds. They also come from a relatively healthy lineage, as their parent breeds are not prone to many diseases. For these reasons, the Cairnoodle scores well for lifespan and health.

Cairnoodles are affectionate. However, they like being the center of attention and exhibit an interesting mix of sensitivity and stubbornness, inherited from the Poodle and Terrier, respectively. These traits give them an excellent score for sociability.

3 Little-Known Facts About the Cairnoodle

1. They’re named after a pile of rocks.

Really! The Cairn Terrier, one of the Cairnoodle’s parent breeds, was named after the Scottish word for a pile of rocks, a “cairn.”

3. They have ancient history.

The Poodle, the other parent of the Cairnoodle, has ancestors that date back thousands of years

Temperament & Intelligence of the Cairnoodle 🧠

To get a feel for what characteristics your Cairnoodle might exhibit, let’s see what their parent breeds are like.

Poodles are sweet, sensitive, and demand attention. Poodle owners need to stimulate their dogs mentally and physically because these dogs are known for being extremely intelligent and agile. They get along well with children and other pets.

On the other hand, the Cairn Terrier is feisty and a bit stubborn. They have an instinct to burrow into the ground, and if they are not trained well as a puppy, they will exhibit these traits in adulthood. The Terrier does not get along well with other dogs.

With mixed breeds, it is difficult or near impossible to predict temperament even with dogs of the same litter. That said, most Cairnoodle dogs exhibit a healthy mix of the two parents. If your Cairnoodle leans more toward their Terrier side, training them will require you to be firm. If they lean more toward their sensitive Poodle parent, training should be positive, or else they will withdraw from you and exhibit negative behavior.

Cairnoodles require a great deal of attention. They are prone to separation anxiety, and when bored, they will get destructive. Chewing on upholstery and pooping in shoes are common examples, but their intelligence can inspire even more devious deeds.

However, their gentle temperament allows them to get along well with kids and family members. Their small size makes it unlikely that they will knock over children or elderly relatives.

If your pup takes after the Cairn Terrier, they can be a little aggressive toward other dogs. However, your Cairnoodle will get along well with your other pet because it has no natural prey instinct.

Things to Know When Owning a Cairnoodle

You should always keep a few things in mind when considering getting a Cairnoodle. Diet, exercise, grooming, and training will influence the lifespan of your pet.

The Cairnoodle is a small dog, and the amount of food you need to feed them is proportional to their size. One and a half cups of food, split into two or three servings a day, will be enough even for the most active of dogs.

But you must keep an eye on their weight. Obesity can bring a host of health issues for your dog that include diabetes, decreased liver function, and damaged joints.

If you are unsure of what to feed your dog, visit the vet. They will instruct you on the right diet and when to feed your pet.

The Cairnoodle breed is energetic. As a mixed breed, their behavior is difficult to predict. If your Cairnoodle takes after the Poodle, they might be mellow and laidback, requiring only moderate exercise and mental stimulation.

If they take after the Cairn Terrier, they will enjoy being outdoors and will require at least an hour of exercise every day. Chew toys will also keep your dog entertained indoors.

As mentioned above, training a Cairnoodle is relatively easy. This dog inherits the Poodle’s intelligence and is eager to please. Most Cairnoodles do not inherit the stubbornness of the Cairn Terrier, but the trainer still needs to be firm and consistent to effectively train the dog. As with all other dogs, the sooner training is done, the easier it will be and the better the results will be.

Cairnoodle dogs are hypoallergenic and do not shed much fur. However, their fur needs to be brushed daily to avoid matting and tangling. Do not bathe your dog unless you deem it necessary, and even then, use a gentle dog shampoo.

Brush your dog’s teeth thrice a week to prevent dental problems, and clean their ears regularly to avoid ear infections. Also, make a point of taking them to the groomer once every six weeks.

Cairnoodle dogs are susceptible to a lower number of ailments compared to their parent breeds.

The choice between male and female Cairnoodle dogs is down to preference. Male and females do not exhibit any differences in behavior or size. Female puppies might cost more from the breeders, but the difference in price should not deter you if you have your heart set on a female.

The Cairnoodle is an affectionate and intelligent dog. They may not be the best guard dogs but will alert you to any strangers or suspicious activity. Seniors and singles will find this dog a good companion.

Whippet vs Greyhound: What Are The Differences?