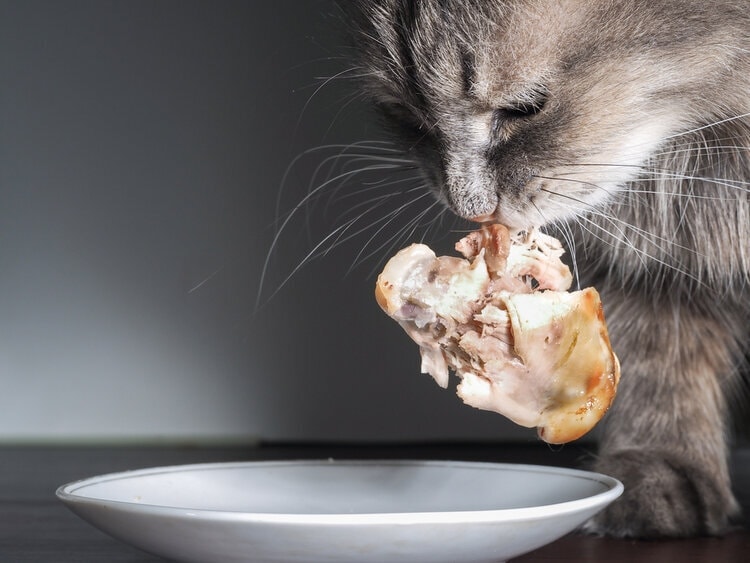 We’re almost certain that you read that title, and the first question that popped into your head was, “Isn’t that obvious?” But sadly, the answer isn’t all that straightforward.

You see, just like us humans, cats too have evolved. The today’s cat has a very different digestive system. One that’s more sensitive in comparison to their ancestors. That’s to say, before you feed your feline pal any juicy meat, the responsible thing to do is to first consult a vet. Don’t assume any type of meat is good for it just because it’s an obligate carnivore.

Anyways, to answer your question, the answer is yes, cats can eat chicken, but…

So, it’s no secret that cats are carnivores. And carnivores are meat lovers. Feeding the cat cooked or even canned chicken will certainly look like a treat, considering the main dietary component in meat is protein. That’s what most health books say.

What they don’t tell you is, cooked or canned chicken also comes with calories. And cats can only consume up to a certain level. Therefore, if you’ve decided to switch up its diet to chicken, you’ll have to figure out the recommended number of calories that it’s supposed to consume per day.

We honestly cannot tell you what your cat’s caloric intake should be because that number varies. It hinges on a number of factors including the breed, overall size, and age. But we’re 100 percent sure any reputable and licensed vet will have all the answers you seek.

Is It Okay to Marinate the Chicken?

Absolutely not! Those spicy ingredients will for sure make the chicken tastier, but they can be detrimental to the kitty’s health. Most marinades contain at least excessive amounts of salt for your cat and in the worst-case scenario they may contain onion or garlic, both of which are potentially lethal for your cat. They might be allergic to the ingredients, and even if the cat doesn’t react to anything, there’s no way of guaranteeing that whatever’s been used in the production of those ingredients won’t be harmful in the long run.

A domesticated or pampered feline won’t have a digestive system designed to process raw meat of any kind. Unless it’s the type that enjoys hunting mice in the house. If you’re looking to change its diet, you’ll have to be patient. Serve the meat in small quantities, over an extended period of time. Say you serve it a small piece today, and then another one after a day or two. But not consecutive days.

Also, if you suspect the chicken is spoiled, throw it away—Even if it’s not yet gotten past it’s sell-by-date date. Any meat that’s not fresh will make the cat experience stomach upsets, and that’s only if you’re lucky. The worst scenario involves vomiting and diarrhea.

Is Raw Chicken Good for a Cat?

It’s pretty obvious that you’re trying really hard to give your cat the best food there is by replicating a wild cat’s diet. And that’s a good thing, considering raw chicken is often high up on any nutritional content chart.

Raw meat will always have all its nutrients intact, as opposed to cooked meat. In addition, they never have refined carbs, which offer little to no nutritional value, or fillers.

However, you still have to think about the risks involved. As the saying goes, for every pro, there’s always a con. And you’ll only be able to fully comprehend the degree of the concomitant risks, if you do your homework.

According to medical experts, it’s dangerous for humans to consume raw poultry. Do you know why that is? It’s because raw chicken skin contains bacteria that cause different illnesses. And even though these illnesses are less pronounced in obligate carnivores, they’re still affected nonetheless.

Time and time again, studies have revealed that raw chicken will always test positive for bacteria and parasites. And regardless of how thorough you are while washing them, they can still withstand that water pressure, and eventually find their way into your pet’s system.

Freezing the meat will also not help you get rid of them, as these pesky microorganisms can survive extremely low temperatures. And with that in mind, the most common bacteria found in raw chicken include: Campylobacter, Salmonella spp., Clostrium perfringens y Listeria monocytogenes.

Salmonella spp. is a zoonotic bacteria. That means that it can easily be transmitted between humans and many species of animals. The disease caused by these bacteria is called salmonelosis.

Here’s a fact that not many people know: The Salmonella bacteria has mutated over the years, so it comes in different strands.  Over 2,000 different types of Salmonella exist. That’s why infected cats exhibit different symptoms. Some infected cats do not show any signs. Most cats develop gastroenteritis, with vomiting, diarrhea and weakness. Many sick cats will become dehydrated, have a high fever, experience abdominal pain, and have mucus in their feces. Other signs include skin disease, vaginal discharge, abnormal heart rate, fever, and shock. Chronic cases present with intermittent diarrhea can lead to blood loss and non-intestinal infections.

You’re advised not to sleep on these bacteria, as it can lead to gastroenteritis and septicemia. Gastroenteritis is the medical term for an infection and inflammation of the stomach and intestines. Septicemia occurs when the bacteria manages to make its way into the animal’s bloodstream, and spreads all over the body.

When it comes to treatment, and if we’re talking about a mild case, the cat won’t have to stay at the clinic. It can be treated using an oral antimicrobial medication that can be administered home. But if it’s severe, like say a dehydration or sepsis case, the IV fluids, electrolytes or medication  will have to be administered at the clinic. Some cases might even require blood transfusions.

Also, since vomiting is a common symptom here, the veterinarian might ask you to refrain from feeding the cat for at least 48 hours. Additionally, the diet that goes into its system after that period elapses has to be bland. That’s the only way you’ll be able to give its stomach adequate time to recover.

In some cases, the cat will need to be separated from you and every other pet and family member during the acute stage of the disease. This is to avoid the risk of contracting the infection. Infected animals shed the bacteria in the stool and strict attention to hygiene is essential for preventing further spread of disease.

Listeria monocytogenes a foodborne bacteria. There’s robust data collected by various research scientists that indicates that it’s commonly found in dairy items, poultry, canned products, and beef. This bacterium is what causes Listeriosis, if you’ve heard about it. It’s a sporadic infection that’s practically everywhere in the world, and affects different species.

Ostensibly, no one’s spared when it comes to this bacteria. We’ve even witnessed humans have a latent infection or suffer from septicemia in  just the same way canines and felines do.

If left unchecked, the Listeria monocytogenes can make its way to the nervous system, resulting in facial nerve paralysis and depression. And by the way, you have to be a keen person to notice there’s something wrong because it might even take months for the cat to start showing these clinical signs.

So far there’s no record of any cat to human transmission, but because we know humans can contract listeriosis, it doesn’t hurt to be careful.

The method of treatment will again depend on the severity of the situation. Hospitalization won’t be necessary in cases where the cat’s only exhibiting mild flu-like symptoms.  The vet will prescribe an antibiotic and something to take care of the gastrointestinal upset. The most effective antibiotic is trimethoprim-sulfamethoxazole, but if it’s not readily available, the vet might prescribe ampicillin, or penicillin.

Are there alternative healthy snacks?

Chicken is not the only food that cats enjoy. They also love to eat celery, broccoli, brown rice, green bell peppers, and even scrambled eggs. But you still have to check in with your vet first, and use them in moderation.

Yes, but we wouldn’t recommend it. Due to their brittle nature, bones can easily splinter once the feline bites into it. We don’t know about you, but whenever we hear the word “splinter,” we right away think of sharp edges. Edges that are sharp enough to damage any internal organ, the back of the throat, and the inside parts of the mouth.

Is chicken the reason why your cat has dental issues?

We wouldn’t entirely blame it on the chicken, but yes, eating chicken can cause dental problems. The cat will first tear the meat apart in strips before trying to chew it. During that process, some of the gristly parts could be trapped in between its teeth, ergo attracting bacteria. The bacteria will then lead to gum disease.

What if the cat ate the chicken inadvertently?

First off, don’t panic. Panicking won’t help anybody, or solve the problem. What you need to do is to relax, and start looking out for the signs. We’re talking about the common symptoms such as vomiting, diarrhea, appetite loss, fever, and signs of weakness.

We all know cats are obligate carnivores. No one’s denying that. And we know the love you have for the cat is the reason why you’re looking for more protein sources. But you also have to understand that sometimes a good intention might not necessarily yield the best results. Stick to what the vet has recommended, and you’ll never have to worry about your cat’s health.

Learn more about what your cat can and can’t eat: 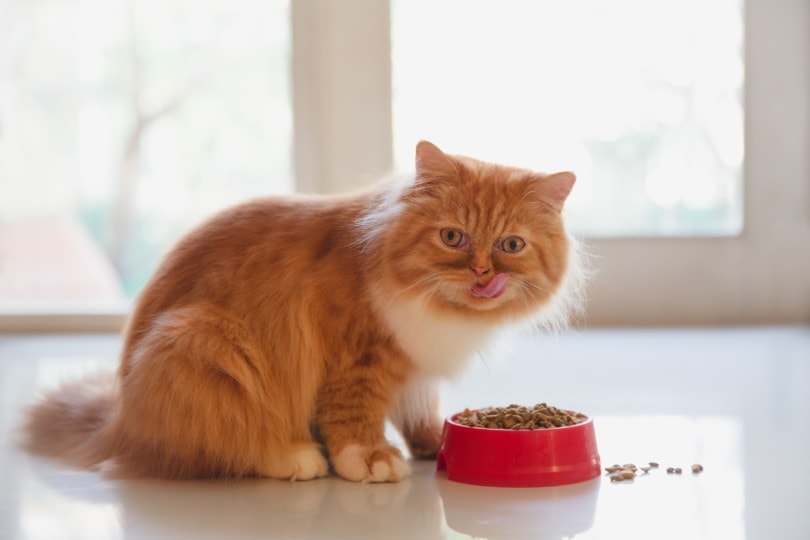 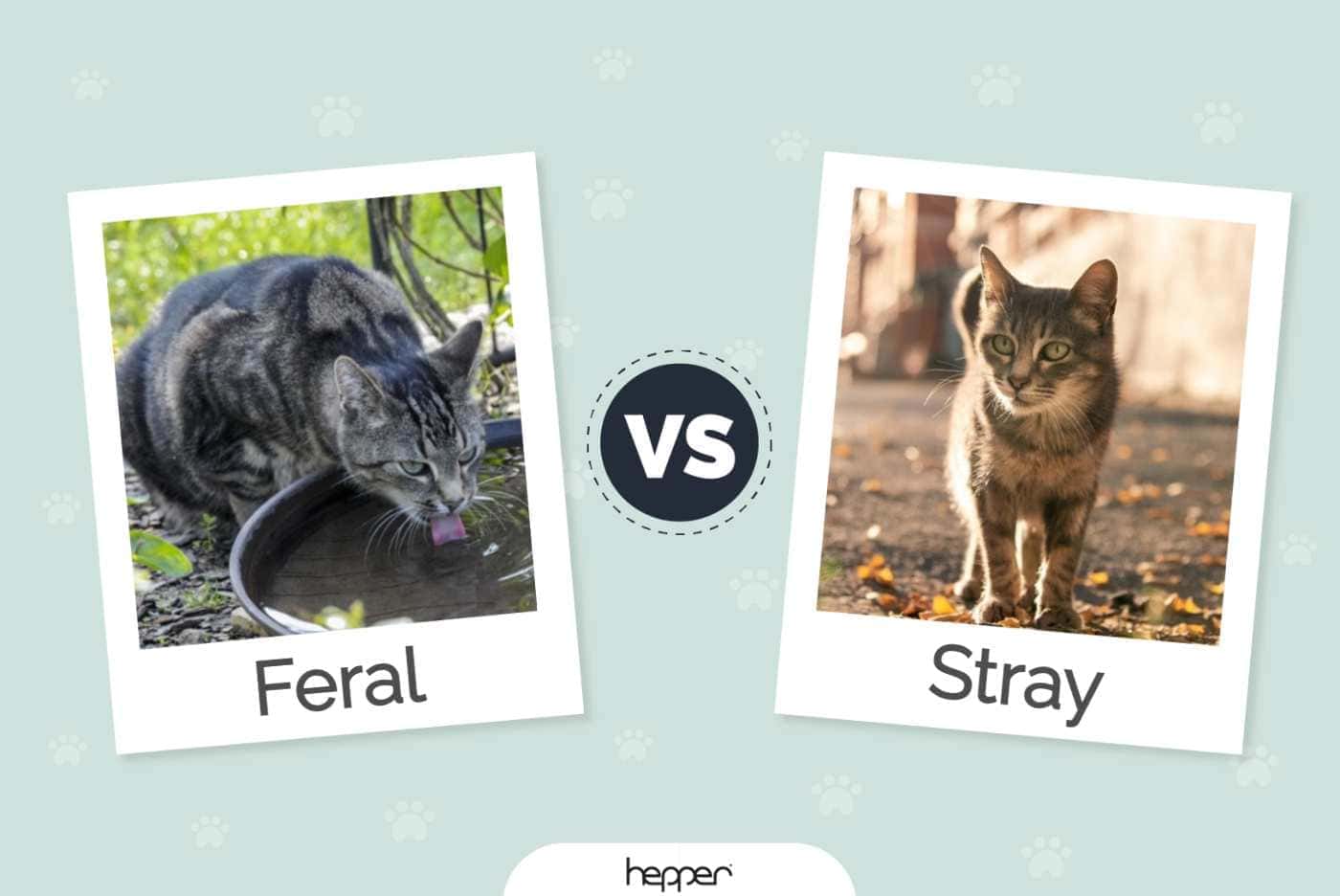 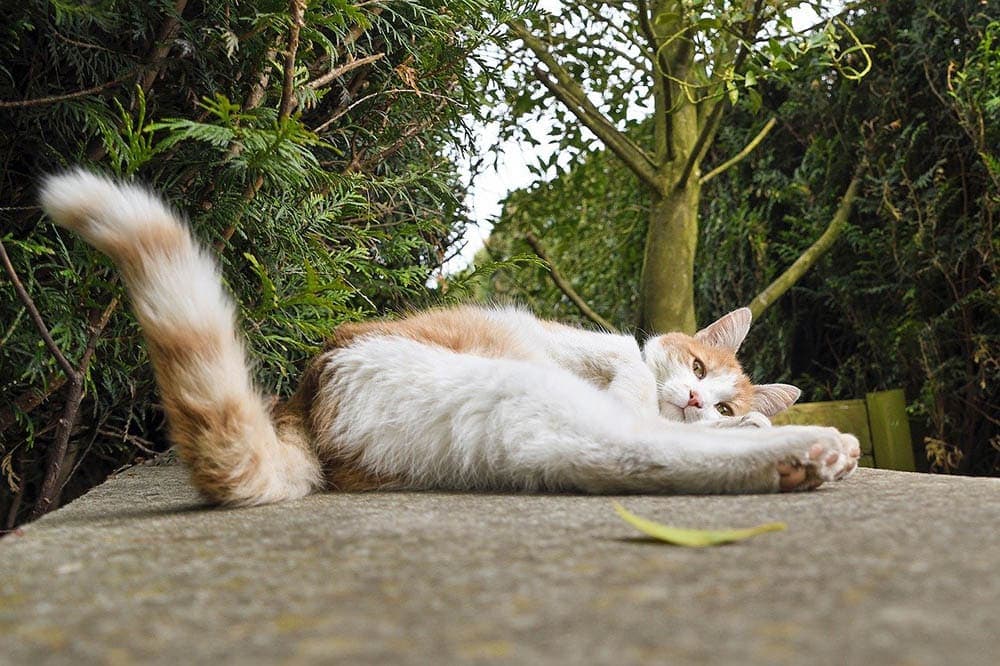 5 Reasons Why Cats Wag Their Tails While Lying Down