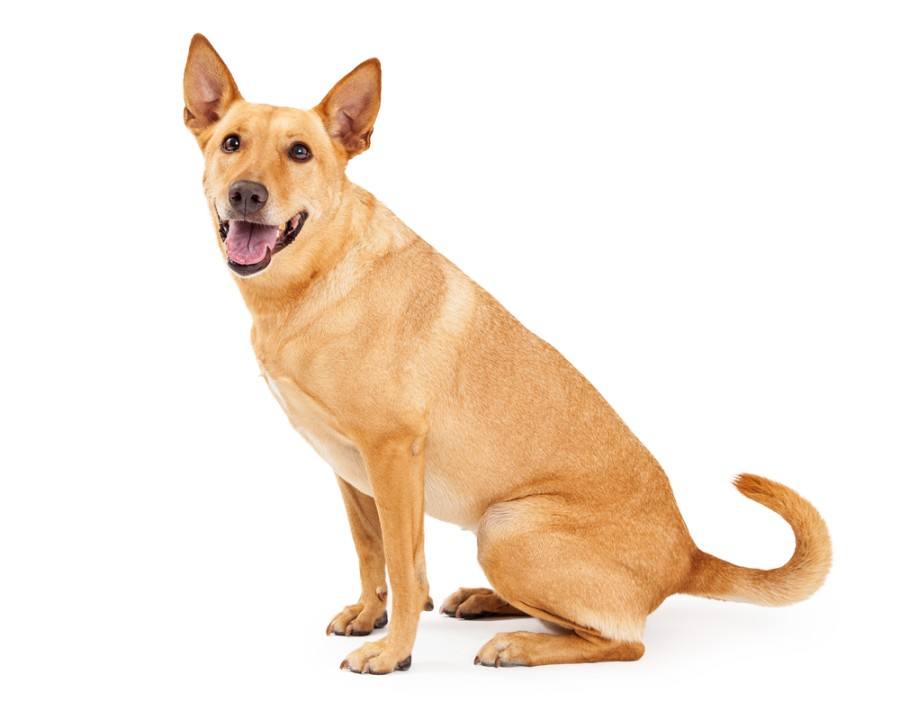 Often called the Dixie Dingo, the Carolina Dog is a type of Pariah Dog. It’s an extremely rare and primitive dog breed with its origin tracing back thousands of years to when the first North American peoples crossed the Bering Strait.

This dog can still be found mostly in the wilds of the Southeastern US today. However, they are an officially recognized breed by the AKC, gaining their status in the 1970s.

But this ancient breed has been forming strong bonds with humanity for so long, it makes you wonder if the Carolina Dog is really what constitutes as man’s best (and oldest) friend.

Carolina Dog Puppies – Before You Buy…

Before you bring a Carolina Dog into your home, you need to look inside yourself and determine if you are ready for the responsibility. This breed is a much more difficult breed to get started with and is only recommended for advanced dog owners.

You’re going to need to become the pack leader in order to establish a hierarchy in your family. Only then will you be able to truly form a solid bond with your Carolina Dog. However, once you do, you’ll have the most loyal dog you’ve ever had.

For a quasi-domesticated feral dog, you might expect the price of a Carolina Dog puppy to be relatively expensive. However, they’re actually cheaper than most other purebred dogs. You can find a puppy for between $300-$500.

And if you live in the Southeastern US, you’ll find plenty of Carolina Dogs at rescues. Often owners who don’t have the strength to be a pack leader will take them there.

3 Little-Known Facts About the Carolina Dog

The Carolina Dog is believed to have made its way to North America over 9,000 years ago with merchants traveling across the Bering Land Strait from the Asian continent. This makes them one of the oldest dog breeds on Earth.

After their great migration thousands of years ago, this breed slowly made its way down to the Southeastern United States — particularly to parts of Georgia and South Carolina. This makes them the only feral dogs in North America.

3. Carolina Dogs Were Kept as Pets by Native Americans

Temperament & Intelligence of the Carolina Dog

These pups may not be overly affectionate, but make no mistake — once they’ve bonded with their pack leaders, they are insanely loyal and protective of those in their families. Since they’ve been wild dogs for untold generations, they are exceptionally resourceful and independent. Forming a bond and relationship with one of these dogs truly is a reward within itself.

Now, this question is up for debate. If you are a very experienced dog family — especially with pack-oriented dogs — this breed can make a wonderful addition to your family. They will love and protect their loved ones to no end. And they are great with the children they bond to and even take on a nanny-type role.

However, if you are an inexperienced family with pack dogs, you should not start with a Carolina Dog. You need to firmly yet positively establish the pecking order in your house. And this means your children as well. This can be very difficult to do for first-time or inexperienced dog owners.

This dog naturally gets along with other dogs once they’ve been assimilated into your pack. The biggest issue with other dogs is if the pack structure has not been formed and they are challenging each other for alpha status.

If you have other smaller pets however, we do not recommend getting a Carolina Dog. They have an extraordinarily high prey drive because they are still feral dogs. Your Carolina Dog would not view your cat, hamster, or other small pet as a part of the family but as a potential snack.

Things to Know When Owning a Carolina Dog:

There are definitely some things you’ve got to understand when raising a Carolina Dog. These are not like every other domesticated dog you’ll run across. You’ll have to work extra hard to establish them in your family. But it’s well worth the trouble.

Feeding a Carolina Dog can be a bit tricky because you want to try and match what their diet would be in the wild. This doesn’t mean finding live squirrels for them to hunt down, but just the nutritional equivalent.

A fully-grown Carolina dog weighing in at about 40 pounds will need to intake roughly 1,000 calories per day. Consult with your vet on exactly what that will be comprised of. Your Carolina Dog may very well end up with high-quality dog food as nutritional sustenance, but a vet can advise on just how much to give your pup.

The Carolina Dog also really loves to eat! And they will start packing on the pounds if overfed. Establish a strict feeding schedule and do not leave food out during the day. And when feeding, you should always eat prior to feeding your dog. This way your pooch understands that you are the alpha and pack leader.

Despite their wild nature, Carolina Dogs don’t need as much exercise as you think. They’re not working dogs and don’t have a huge desire to actively be doing something at all times. As a matter of fact, an hour of exercise every day should be more than enough to keep them happy, healthy, and stimulated.

Training is an absolute must for any dog, but it’s especially important for Carolina Dogs. Since they are still very much wild dogs, they retain much of their survival and feral nature. This includes their resourcefulness (digging, foraging, etc.), hunting instinct, prey drive, and pack mentality.

You’re going to need to firmly establish yourself (and your family) as the pack alphas early, so your Carolina Dog understands their place in the order of things. But once that’s been established you’ll find a loyalty like no other. And when socialized young, their natural aloofness and independence will be mitigated to make socialization as an adult possible.

Training and caring for a Carolina Dog is difficult. So thankfully, they’re exceptionally easy to groom. They have a reputation for keeping themselves clean effectively bathing themselves like cats do. There’s not much required on your part when it comes to keeping their coat groomed.

There’s really no healthier dog around than a Carolina Dog. And that’s all due to their feral background. They’ve survived in the wild for thousands of years fighting off disease and developing natural immunity to many illnesses that plague domesticated dogs.

They still do, however, have some common ailments that are essentially universal to all dog breeds. Some minor causes for concern would be hip and elbow dysplasia or arthritis.

There is one thing, in particular, that affects (or may affect) Carolina Dogs over other breeds. Ivermectin, an ingredient found in modern heartworm and mite medication, can trigger sensitivities within the Carolina Dog.

If you’re looking for a loyal guard dog for you and your family, a Carolina Dog could be an option you may want to explore. However, we strongly recommend that you’ve had experience before with dogs — and pack dogs (Huskies, Malamutes, etc.) at that.

Establishing yourself as the dominant alpha is absolutely essential to your success as a Carolina Dog parent.