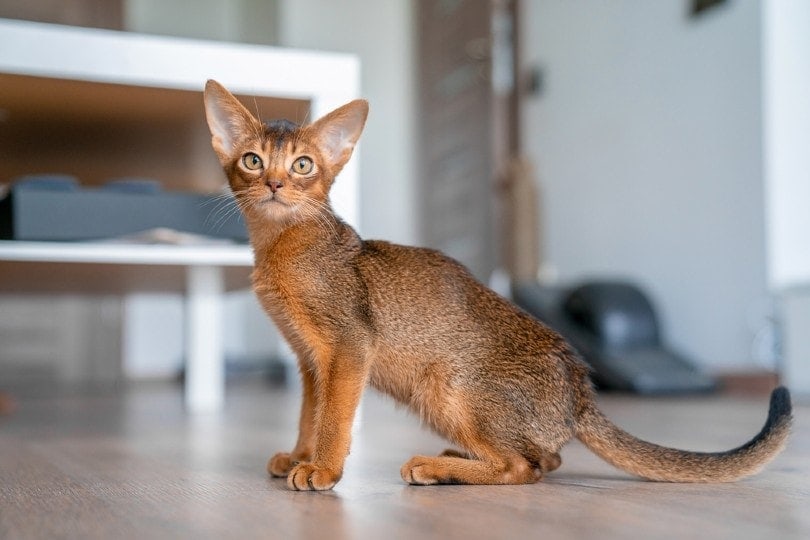 Dogs and cats are often referred to as our “four-legged friends,” but does having four legs also mean they have four knees?  We know that humans have knees on their legs and elbows on their arms but what about cats? Do cats have knees and elbows as well even though they technically have four legs?

Based on the structure of the joints present, cats do have elbows on their front legs and knees on their hind legs. Keep reading to learn more details about the cat’s knees and elbows. We’ll also cover some other fun facts about the cat’s bones and body and how they compare to humans.

Elbows And Knees And Cats, Oh My!

A cat’s elbows and knees are made up of the same type of joints, slightly different in appearance, but both similar to the human version.

Elbows are hinge joints, a type of joint that allows movement in only one direction, in this case bending and straightening. A cat’s elbow joint is located on the part of their leg just below their bodies, unlike human elbows which are in the middle of our arms.

Three bones connect at the elbow joint: the humerus, radius, and ulna. The other parts of the elbow joint are cartilage, which connects the bones and allows them to move, and a fluid that keeps everything working smoothly.

The cat’s knee, also called a stifle, is a more complicated joint than the elbow. There are two different moving joints involved in the movement of the knee. Similar to humans, the cat’s knee is located near the front and near the middle of their back legs.

A hinge joint connects the thigh bone—the femur, with one of the two lower leg bones—the tibia, or shinbone. This joint functions in a similar way as the elbow joint, allowing the knee to bend and straighten.

Like humans, cats also have a patella, or kneecap that sits in a groove of the thigh bone. As the cat walks, the kneecap slides up and down in the groove, helping the joint straighten. The hinge joint and the kneecap joint work together, but are technically separate.

Holding everything together are two large bands of tissue called ligaments, that form the shape of a cross across the cat’s knee.

What About The Rest Of a Cat’s Legs?

If a cat’s front legs have elbows like arms and their back legs have knees, what does that mean for the rest of the joints in their legs? Do cats have wrists and ankles as well? What about shoulders and hips?

The Other Front Leg Joints

Cats have a wrist on each front leg, also called a carpus. Their wrists are made up of seven small bones, connected by three small joints. All these moving parts allow the cat’s paws to be flexible and adaptable, enabling your cat to climb, bat toys around, and even catch bugs with their front legs.

They also have shoulders but these are quite different from human shoulders. A cat shoulder joint is a ball and socket joint, similar to a human’s. However, cats’ shoulder blades and collarbones aren’t attached to other bones like ours are. Instead, they are held in place by muscles, allowing them to move more freely. Free-moving shoulder blades are one reason that cats can be so flexible.

The Other Back Leg Joints

The cat’s ankle, also called the tarsus or the hock, is the area where their rear legs come to a backward point. This is sometimes mistakenly thought to be the cat’s knee because it looks more like a human knee shape in outline. It is a complicated joint, containing seven ankle bones and four foot bones all connecting with the two shin bones found in the lower leg.

The cat’s hips are similar to human hips, with the two thigh bones connecting with a pelvis (hipbone) through a ball and socket joint.

Cats And Humans: How Alike Are They On The Inside?

Once the full genetic code of cats was discovered, scientists learned that humans and cats are closely related. We share 90% of the same DNA as cats, making them one of our closest animal relatives.

Cat anatomy has often been studied to learn more about the human body thanks to their similarities. As we’ve seen with our discussion of the cat’s legs and leg joints, there are plenty of parts that are the same, but also some that are different.

For example, humans have 206 bones, while cats have around 244 different bones. The differences in human bodies and cat bodies have to do with how the two species need their bodies to function. Humans don’t need to be speedy, flexible predators and cats don’t need to walk on two legs or type on a computer.

Because of this, human hands are far more complicated on the inside than a cat’s paws. And a cat’s spine has more bones than a human’s because it makes them more flexible for climbing, hunting, and other physical activities they would need to survive in the wild.

It’s often easiest to describe animal body parts by referring to our human bodies. For example, we think of a cat having two arms and two legs to remember that they have both elbows and knees. While cats and humans may be similar when it comes to genetics and physical bodies, we should be careful trying to explain a cat’s behavior in human terms as well. Cats aren’t actually human no matter how much we may want them to be! 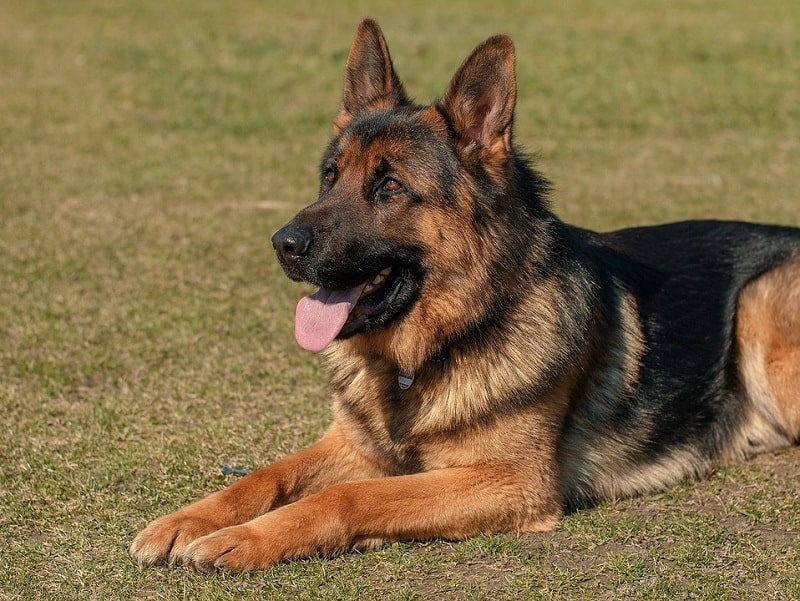 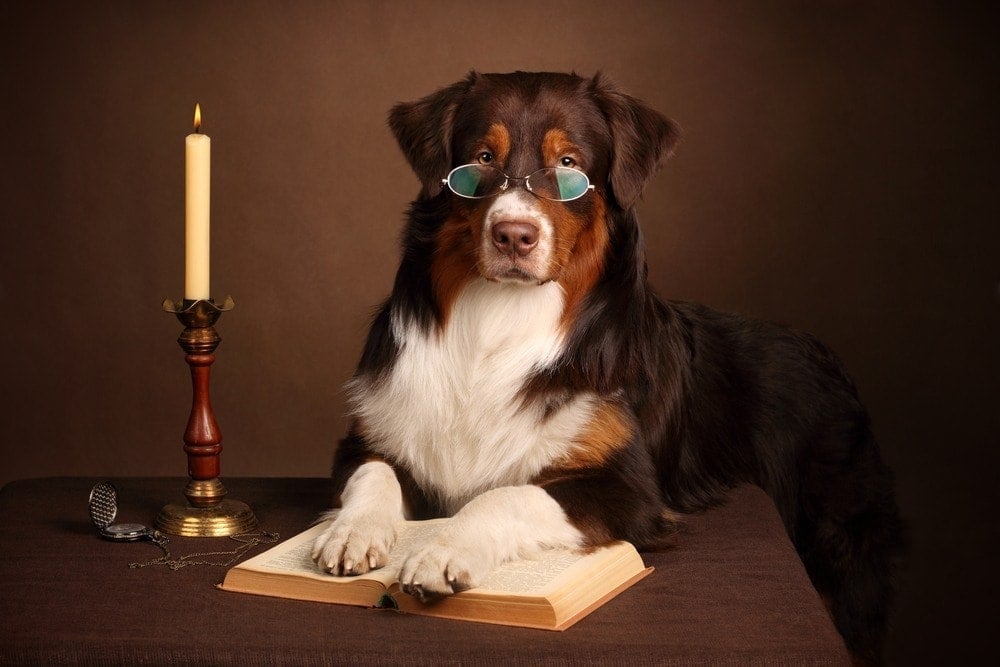 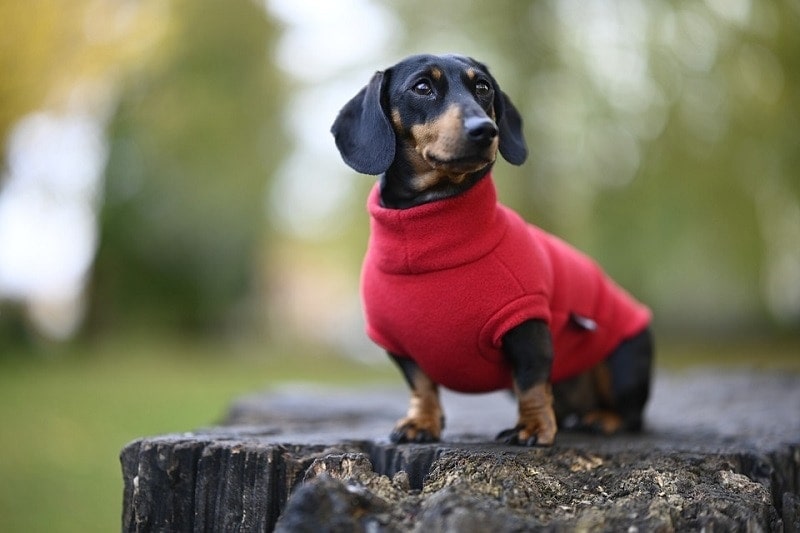 How to Get Your Dog into Modeling - A Complete Guide 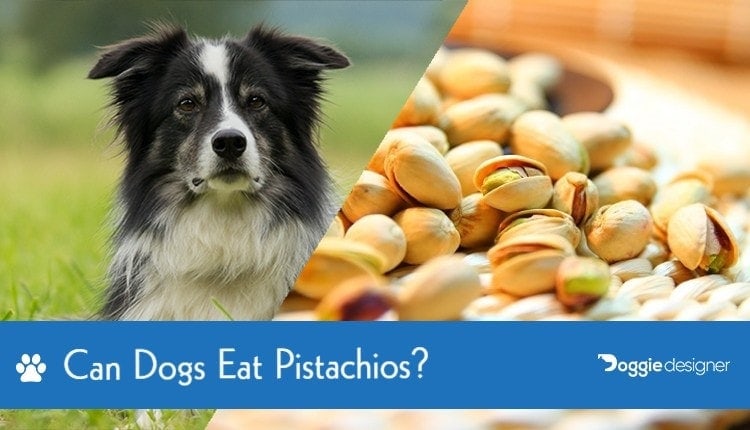 Can Dogs Eat Pistachios? What You Need To Know!