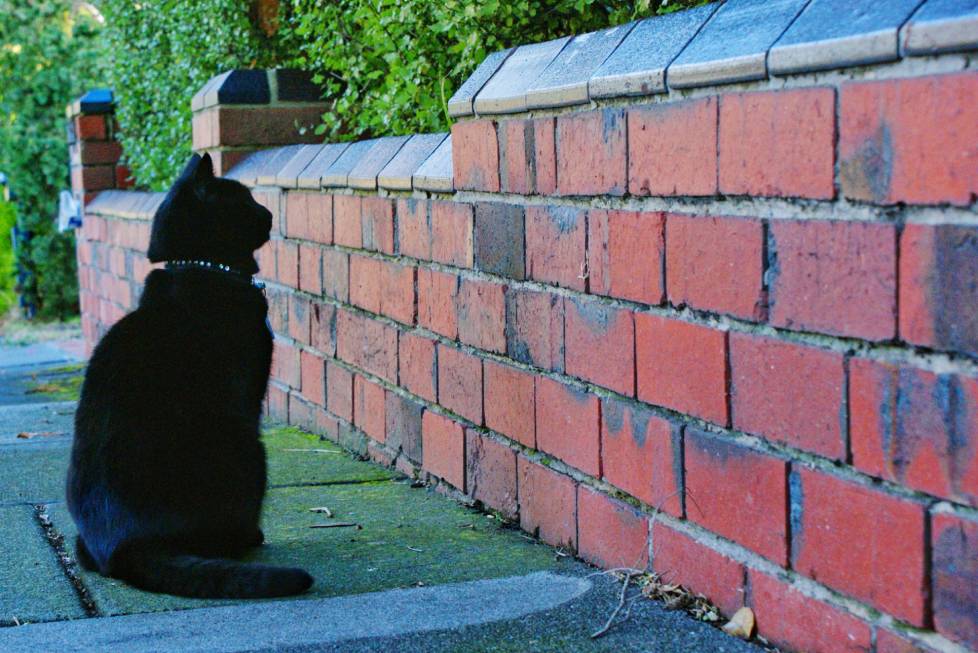 Every cat owner knows that cats can be mysterious and downright weird creatures. One strange behavior is when cats stare at nothing. If you’ve ever wondered about this cat behavior, you’ve landed on the perfect spot.

Below, we’ll reveal six reasons why cats stare at nothing, and hopefully, determine if it’s normal and safe behavior.

Why Do Cats Stare At Nothing?

Cats love to relax in their favorite spot. Whether they’re resting in the cat condo or staring out a window, odds are you’ll notice your cat staring into space as if they’re under some spell. But why is your cat staring at seemingly nothing at all?

1. Their sense of vision is different from humans.

Cats see the world differently from humans; for example, have you ever noticed your cat staring at something at night when you can’t see a thing? That’s because they have excellent night vision. A cat’s retina has photoreceptor cells called rod cells and cone cells. They have more rod cells that allow cats to detect low light and follow movements, unlike humans. Cats can also see tiny insects that we can’t; therefore, it may look like they’re staring at nothing when there’s an army of bugs they have their eyes fixed on.

2. They have a keen sense of hearing.

Cats’ ears are sensitive to noises and sounds. Cats can pick up a high frequency that’s hardly audible to humans, therefore, explaining another reason why cats stare at nothing. Imagine a slight buzzing sound coming from your refrigerator; what may seem like a tiny spectrum of noise to you is annoyingly loud to your cat. As the sound continues, so does your cat’s stare.

The effects of catnip usually involve a calm and relaxed cat. Catnip is intriguing to cats because of a chemical called nepetalactone. Nepetalactone is oil found in catnip that affects a cat’s sensory neurons. Once it enters the nasal cavity, euphoria can follow, giving cats a “high” feeling. Have you ever noticed an intoxicated person staring at the floor? If so, your cat may be staring at nothing because of the same type of feeling.

4. They have episodic memory.

Research supports the theory that cats have episodic memory much in the same way as humans. Episodic memory means the ability to remember a specific past event, such as the first time you had ice cream or the first movie you ever attended at the theater. Cats’ episodic memory may involve remembering that the sun always shines on a pole in the front yard at the same time every day, which in turn, gives off a reflection. They also may remember a pleasant event, and they daydream much like humans. They might even conjure up pleasant memories for amusement. If your cat is staring out into nothing, it could mean its memory is working.

5. They’re having a seizure.

No cat owner likes to think about their feline companion suffering from a medical condition, but unfortunately, it does happen. One such condition that can cause staring into the great beyond is called a focal seizure. Originating in the cerebral cortex, this type of seizure can cause a cat to stare into space. Focal seizures affect one side of the brain and can be a hereditary condition. An important factor to remember is if drooling or incoordination follows, a trip to the vet is warranted.

Ask a Vet In Real Time!

If you need to speak with a vet right now but can’t get to one, head over to JustAnswer. It’s an online service where you can talk to a vet in real time and get the personalized advice you need for your pet — all at an affordable price!

Talk to a Vet Now

All cat parents know that cats are curious beings, and if their eye or nose catches something, they’re on it. Cats can stay intrigued by something for hours, such as an itsy-bitsy spider crawling around on the inside of the window or tiny dust particles that humans can’t see.

Is It Bad If My Cat Stares At The Wall?

Most times, staring at the wall is harmless. As we’ve discussed, cats are curious beings. The reasons for the blank stares may be anything from a mouse inside your wall making noises or the sound of a rusty pipe hidden behind the drywall. It is important to note, however, of a condition called head pressing. Head pressing is when your cat literally “presses” its head against the wall. This condition is due to a problem with your cat’s nervous system. Some symptoms include visual problems, excessive circling, and behavioral changes. If you notice your cat experiencing any of these symptoms, have them examined by your vet as soon as possible.

How Do I Know If My Cat Sees A Ghost?

While some people believe in ghosts, others are skeptical. Ghosts stories have been around for centuries, and some cat owners think that when their cat is staring at nothing, it’s a paranormal event. We have to admit; when your cat’s eyes are following something we can’t see, it can be an eerie feeling. Hopefully, in reading this article, you feel more comfortable knowing there are other plausible reasons. We’re not telling you to discard your beliefs in ghosts because, in the end, anything’s possible—even more so in the feline world!

In reading this article, you’re now aware of the many reasons why cats stare at nothing, which in fact, is something. More often than not, it’s a harmless activity and should be no cause for alarm. However, if your cat experiences any symptoms of a possible medical condition mentioned above, it’s wise to have them checked out by your vet. 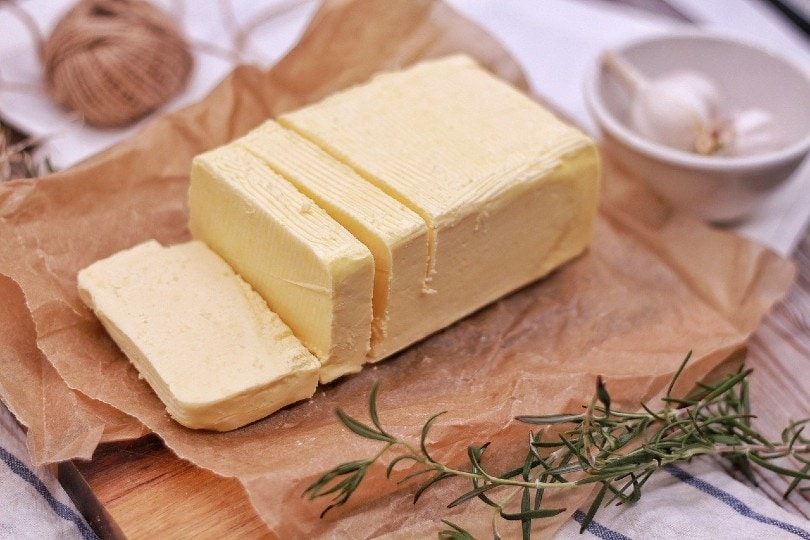 Can Cats Eat Butter? What You Need To Know! 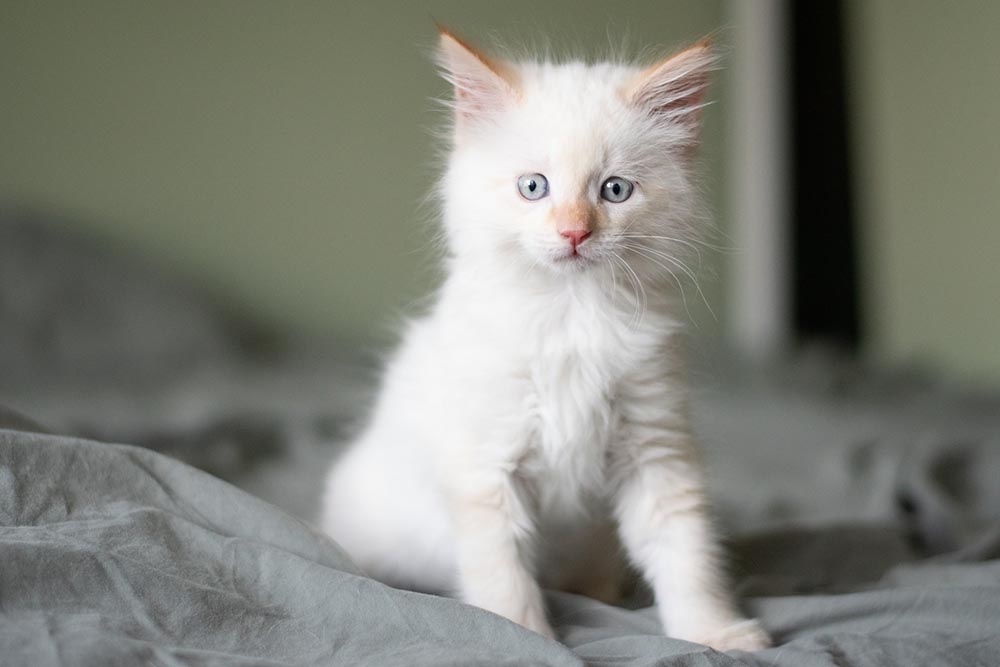 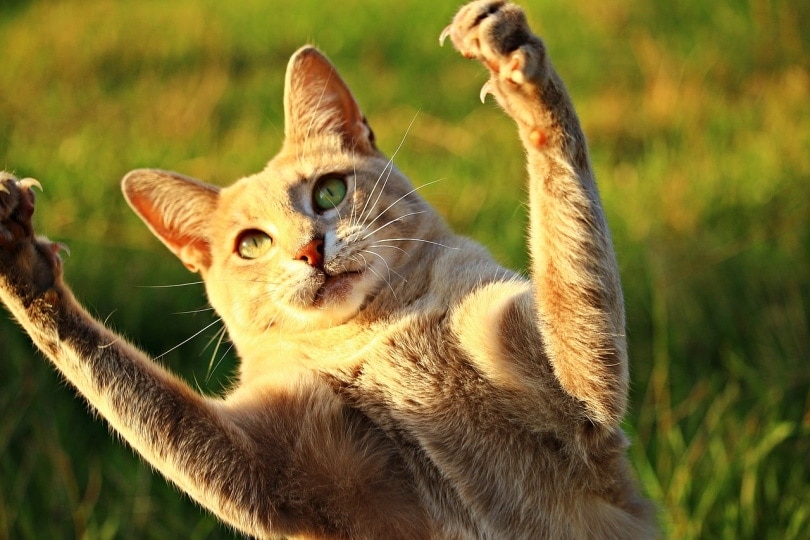 How Many Claws Do Cats Have?

Ask a Vet In Real Time!