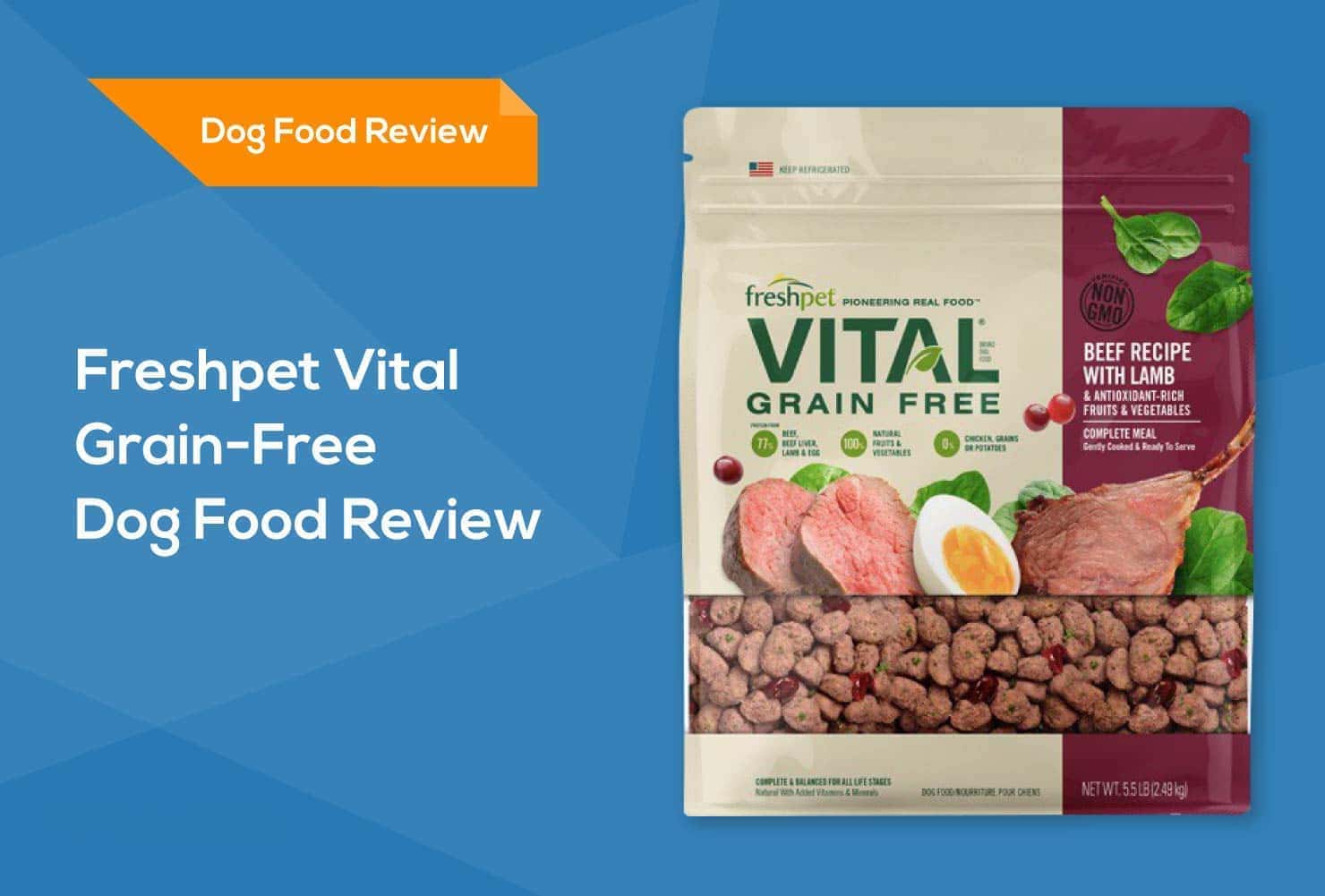 We give Freshpet Vital Grain-Free dog food a rating of 4.8 out of 5 stars.

The dog food industry has been moving towards using fresh, natural ingredients for some time now. Many people believe in taking this to its natural conclusion by feeding dogs a raw diet, using only real, unprocessed foods.

The food is made in Bethlehem, Pennsylvania, using ingredients that are sourced from the surrounding area, with a new delivery each morning. It’s sold in small batches that must be kept refrigerated and used quickly. As such, it may not be ideal as a standalone food for larger dogs, but it can add a burst of important vitamins and minerals when used as a topper.

Who makes Freshpet Vital Grain-Free and Where is it Produced?

The food is made by Freshpet, which was founded in 2006. The company’s headquarters are in New Jersey, but all the food is made in Pennsylvania with ingredients sourced from the surrounding areas.

Which Types of Dogs is Freshpet Vital Grain-Free Best Suited For?

Any owner that wants to feed their mutt fresh, high-quality ingredients should consider Freshpet Vital Grain-Free.

Dogs with sensitive digestive systems are especially good candidates, as the food lacks the grains that often trigger allergic reactions.

We can’t think of any reason why a dog wouldn’t do well on this food, but it’s not exactly within every owner’s price range. Plus, the small portions make it inconvenient to serve to larger dogs as their primary source of food.

Each product in the Vital Grain-Free line starts with meat, and often several meat products in a row. These protein sources include lean cuts as well as internal organs, so your dog should get a variety of essential amino acids.

After the meat parade, you’ll see a few fruits and vegetables listed. These include foods like spinach, blueberries, carrots, peas, cranberries, and more.

Many of their recipes include some sort of high-fiber food, like sweet potatoes, and some have inulin, which is a prebiotic that’s helpful for processing foods.

Our biggest issue is that many of their products are high in sodium. If you feed your dog Vital Grain-Free, be sure to monitor her water intake.

The Food Only Comes in Small Batches

The company makes bags and rolls, and they both have one thing in common: they’re small. You won’t find an option that weighs more than five pounds or so.

There’s a reason for that. You’re supposed to go through this food quickly, as it can spoil since it’s filled with natural ingredients and has no preservatives.

All of the Ingredients Are High-Quality

You won’t find cheap grains like corn or wheat, nor will you find nasty animal by-products in this food.

All of their fruits and veggies are packed with nutrients, and the meats are humanely raised and antibiotic- and hormone-free.

This Food May Not Be Ideal for Larger Dogs

As mentioned above, the portions are incredibly small and spoil quickly, so if you want to feed it to a large-breed dog as her primary food, then it’s best that you live within walking distance of a pet store.

Even if the store is next door, buying a new package every week (if not sooner) will get expensive quickly.

As best we can tell, none of Freshpet’s foods have ever been the subject of a recall, voluntary or otherwise.

In 2015, though, there were reports on social media of mold in some of their bagged foods. Whatever the extent of the issue, it wasn’t enough to trigger a recall.

In order to give you the best possible idea of what’s in their foods, we took a closer look at three of Vital Grain-Free’s most popular recipes below:

This food incorporates two lean red meats in beef and bison. There’s more cow in here than buffalo, but your dog should find it delicious all the same. We wish they’d left out the pea protein, though, as it doesn’t have the same important amino acids that the red meat does.

The fruits and vegetables are impressive, as it includes superfoods like spinach, cranberries, and blueberries. Your dog should get just about every vitamin and mineral she needs from those foods alone, but if you feel she needs an extra kick of omega fatty acids, you can rely on the fish oil that’s in here.

There’s a lot of salt in each roll, though, and we wish they’d managed to keep the sodium levels in check better. That’s not enough to disqualify this food from consideration, though — nor is it enough to cost the Beef & Bison Recipe our enthusiastic thumbs-up.

While this roll doesn’t have as much meat as the one above it does, it makes up for it by being filled to the brim with antioxidants.

Salmon and ocean whitefish are lean and healthy protein sources, not to mention a great source of omega fatty acids. Your dog will get even more antioxidants from the cranberries, blueberries, spinach, and sunflower oil, though.

It has sweet potatoes and lentils for fiber, as well as inulin to keep your mutt’s digestive tract in fine working order.

The one thing we’d change about this food is the inclusion of pea protein. We think it would have been much better if they’d used another fish instead of a plant protein, but they didn’t ask us. 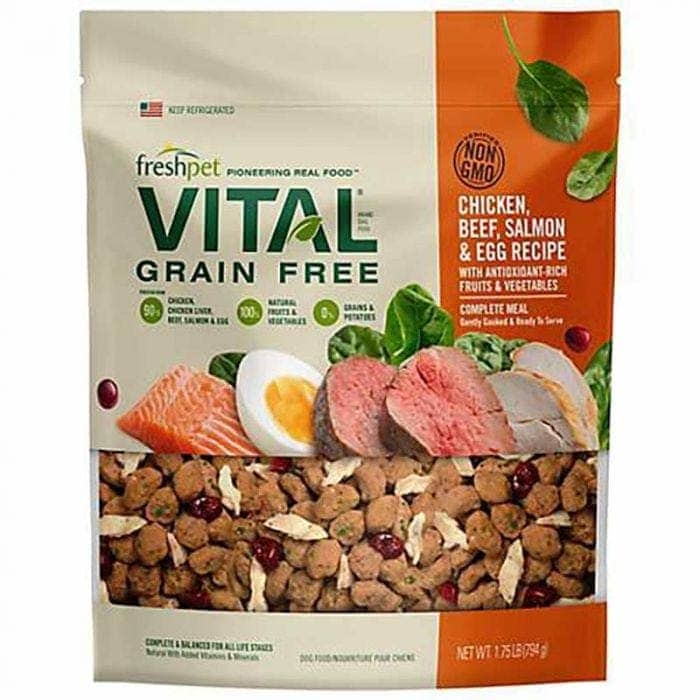 You can see the cranberries in this bag-based offering, and they’re not even one of the primary ingredients.

Instead, the first-listed foods are all lean meats: chicken, chicken liver, beef, and salmon. There’s also pea protein, but that can be forgiven; we’re not as tolerant of the eggs, which can cause digestive issues in some pooches.

The food itself has flecks of spinach as well as the cranberries, so you can literally see the nutrition inside. They added inulin and beta-carotene as well, ensuring your dog gets all the nutrients she needs.

If you’re used to feeding your dog canned glop or little nondescript chunks of kibble, you’ll be amazed at how reassuring it is to actually see real food in her bowl.

What Other Users are Saying

If you’ve been kicking around the idea of transitioning your dog to a raw food diet, Freshpet Vital Grain-Free can offer you many of the same benefits with less hassle.

That’s not to say that this food’s convenient; it’s not, especially if you have a large-breed dog. It must be refrigerated, and it can go bad within a week of opening.

But when you realize why this food makes you jump through so many hoops, you’ll be quick to forgive it. It’s made of real, actual food, not processed meals or weird fillers — and real food goes bad after a while.

It’s not cheap, but if your primary concern is giving your dog the best nutrition possible, Freshpet Vital Grain-Free is one of the best options on the market today. 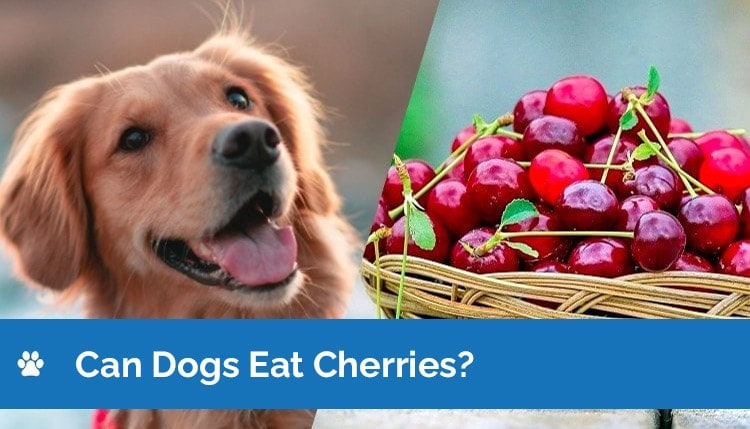 Can Dogs Eat Cherries? What You Need to Know! 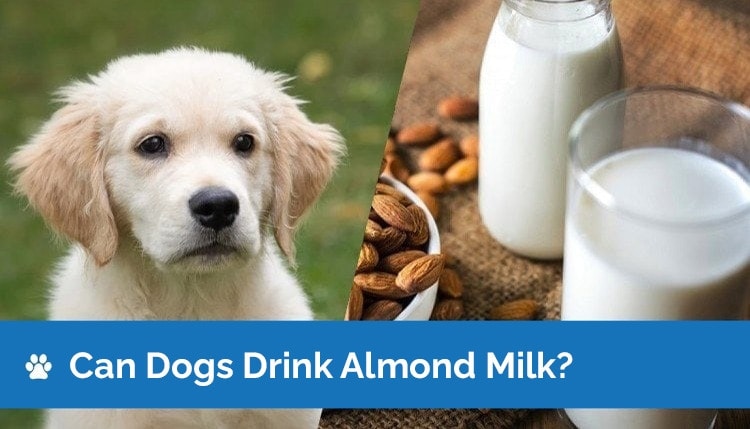 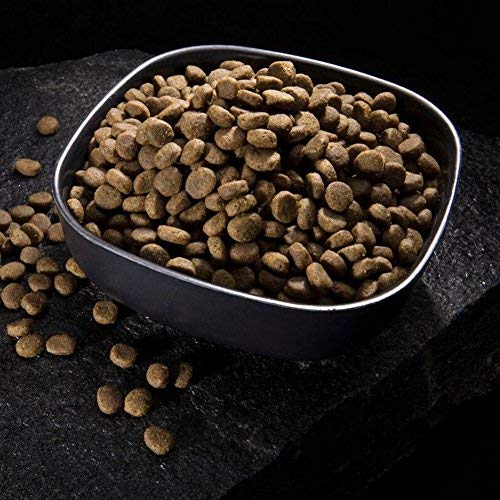