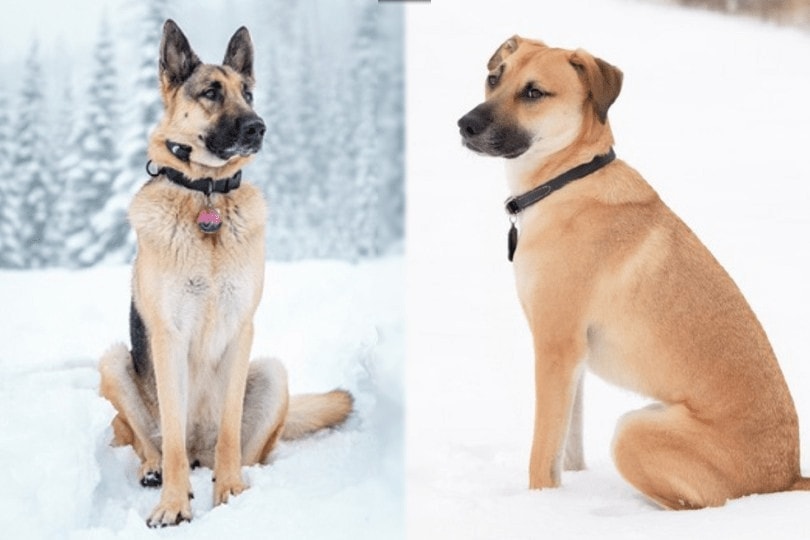 This crossbreed exemplifies the best of both the German Shepherd and the Black Mouth Cur. The two breeds have well-documented working history, even if their disciplines differ. The AKC does not recognize the crossbreed as they do not recognize mixed dogs, but that doesn’t mean there’s anything wrong with them.

This crossbreed has a broad spectrum of color variation since both breeds come in various colors and marking patterns. The exact look of each dog will be based on their specific heritage but will often look a bit more like the German Shepherd with a shorter coat.

It’s unlikely that you will be able to find a breeder specializing in this breed of dog. As with many crossbreeds, there is little interest and oversight in specific breeding for them due to a lack of AKC recognition.

This mixed breed will generally be found through adoption agencies rather than breeders, if at all. A pup will normally run you about $300–$350 to adopt to cover the cost of caring for the dog before adoption.

The German Shepherd was bred for a broad spectrum of jobs, including herding and tracking. The Black Mouth Cur is primarily a hunting dog and has historically been used to aid in various animal hunts, including small game like squirrels and even larger game like boars.

Both breeds are highly intelligent; German Shepherds are ranked as the third smartest dog breeds! Black Mouth Curs are known for their emotional sensitivity. They’ll learn to understand your feelings and how to react to your emotional cues as they spend more time with you and your family.

Though they are lovable and gentle with family, both German Shepherds and Black Mouth Curs are working dogs. They will need appropriate physical and mental stimulation to prevent them from becoming destructive out of boredom. They’re highly trainable, though some can find their stubborn natures a bit frustrating.

German Shepherds require a quality, high-protein diet to flourish and grow. Black Mouth Curs have an easier time gaining weight than losing it; it’s critical to make sure that a mix of the two gets proper nutrients without over-eating.

Though dogs can gain nutrients from vegetables, grains, and other non-meat sources, a high protein-content diet will ensure healthy muscular and skeletal growth. German Shepherds need to be eating a diet with 18-22% protein.

Black Mouth Curs are generally fed puppy food with a higher protein and fat content for about a year of their life, but German Shepherds are usually only provided puppy for six months. It’s essential to consult your vet about your dog’s growth to ensure that they’re getting all the correct nutrients and not gaining weight too quickly.

Active dogs of this size will need between 1,700 and 2,100 calories daily to keep up with their activity levels. Less active dogs will only need 1,300 to 1,500 calories daily; more than that could result in obesity in their golden years.

German Shepherds may experience reduced mobility from arthritis or hereditary conditions such as hip dysplasia in their old age. As your dog ages, it might be good to put them on a reduced-calorie diet to prevent them from gaining weight excessively.

As puppies, German Shepherd/Black Mouth Cur mixes will be plenty active. They are the product of two working breeds, bred for hunting and herding, and it shows! Most vets recommend that a German Shepherd gets at least one hour of daily exercise for German Shepherds, but the American Kennel Club recommends at least two hours.

Black Mouth Curs were bred to be working dogs that could do all the required jobs for American Settlers, from herding livestock to hunting and protection. They’re particularly good at “treeing” prey, a process by which the dog will chase a small animal up a tree, entrapping them in the branches until the hunter can come to find them. They’re also well-bred for “baying,” where the dog will chase and hold down larger game, like a boar, keeping them “at bay” while waiting for the hunter.

With that in mind, these pups are energetic and will need plenty of interaction and stimulation to keep them from getting bored.  If they get bored, these dogs may begin to follow their instincts to herd, chase, and protect, resulting in disastrously destructive consequences.

Their heritage means they’d best be placed with a family with a large open yard and lots of free time to play with them. They’re not going to be good apartment dogs as the confined space may lead to destructive tendencies. Families who are gone most of the day may find the breed similarly unmanageable as the lack of mental stimulation may drive the dog mad with boredom.

With both breeds having backgrounds as working dogs, the cross-breed tends to be exceptionally trainable — as they would have to be to do their jobs properly! That being said, both dogs were specifically bred for protection and can be wary of strangers if not properly socialized.

The key to having a German Shepherd/Black Mouth Cur that is friendly and gentle, even to strangers, is to begin training and socializing them early. Poor socialization could result in these sensitive pups feeling like they need to protect you a little too well and poses a danger to both the dog and others in their lives.

Their parents’ genetics will influence the grooming needs of this breed. The German Shepherd has a thick, medium-length double coat, while the Black Mouth Cur has short fur that can be coarse or fine. Depending on which coat the cross-breed inherits, the grooming needs may vary.

Both breeds can go without bathing longer than some other breeds. The recommended bathing needs for the German Shepherd varies. Generally, you don’t want to bathe them more than once a month, or you’ll run the risk of stripping the natural oils from their coat. The Black Mouth Cur can be washed just a few times per year, and most folks wouldn’t even know.

Brushing isn’t an option with these two breeds. They are both moderate year-round shedders with an increase in shedding just before summer and winter each year. A de-shedding tool, like a Furminator, can be an absolute lifesaver for people who share homes with these lovable creatures.

In dog breeding, the term refers to the ‘cur-tailed’ appearance of the now-extinct English Cur. Cur-type dog breeds often lack the rigorous and highly standardized breeding that we associate with many dog breeds. This lack of stringent breeding carried along with the American Cur breeds, the Black Mouth Cur included.

We now know that this strict breeding style can result in a lack of genetic diversity in historical breeding and be the root of many genetic health issues in purebred dogs. Of course, no dog is immune to inheriting bad genetics or catching ill. Still, veterinarians point to congenital disabilities from purebred dogs as being overrepresented in their case files.

Although their breeding has been standardized in modern days, the Black Mouth Cur is an exceptionally healthy dog breed as their history is further removed from these rigid breeding practices.

Ear infections are a common and minor ailment. They’re easily diagnosable and treatable. The first signs are head shaking, itchiness of the affected ear, ear discharge, and redness and swelling of the ear canal. A vet can get your puppy the necessary medications they need to get back to feeling well.

Eye infections are similarly commonplace. Pinkeye, just like in humans, causes itchiness of the eyes, puffy eyelids, and eyelids that stick together. While the most common eye infections are minor and treatable, they shouldn’t be ignored as they can be indicators of more severe illnesses. Cold compresses, antihistamines, and eye drops are among the usual treatments for an average eye infection.

The exact causes of gastric dilation, or bloat, in dogs are unknown, but the condition remains a common killer of larger breeds. The disease is severe and deadly as the dog’s stomach will twist, cutting off circulation in the intestinal tract. It’s important to avoid feeding these dogs meals that are too large and avoid exercising them too much after eating.

Mange is a dangerous condition that is often seen in stray dogs. The condition is caused by an infestation of a tiny parasite known as a mite. There are two types of mange — demodex mange and sarcoptic mange — separated by the types of mites that cause the infestation. Sarcoptic mange, commonly known as ‘scabies,’ is highly contagious and transmittable from dogs to humans. Regardless of the type of mite causing it, the infestation will result in oozing wounds on the dog that crust and scab over.

The condition is painful and can be deadly if not treated. While you may see ‘miracle dog’ cases where a heavily infested dog makes a full recovery, these do not represent the majority of cases of such severity, and suspected infestations should be brought to a veterinarian’s attention immediately to avoid lasting damage.

Canine Epilepsy can have several causes ranging from genetic to structural deformities of the brain. The underlying causes determine treatment, but the lack of an accepted classification system for canine seizures can lead to confusion and miscommunication in veterinary medicine. The dogs may benefit from treatment with anti-epileptic drugs, but the future of veterinary epilepsy diagnoses remains unclear.

In general, males will be taller and heavier than females. Aside from size, neither the German Shepherd Dog nor the Black Mouth Cur has many notable differences in temperament or health issues related to the sex of the dogs.

Cross-breeding the German Shepherd was an experiment that many tried and most failed. Enthusiasts of both breeds celebrated the success of the cross-breed. It has quickly become a beloved dog for families and work training alike. They may be a good choice for people who love the German Shepherd but want to take extra precautions to avoid the congenital health problems often associated with purebred dogs. These beautiful pups capture the best aspects of both breeds and will make great hiking or exercise buddies for their future pet parents! 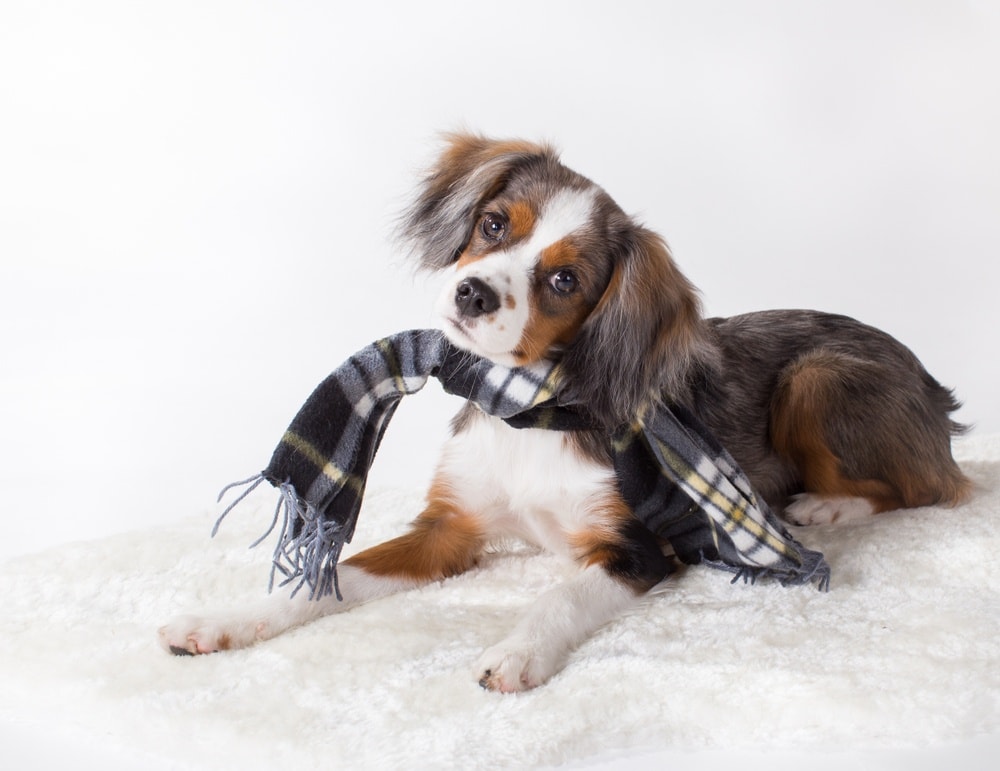 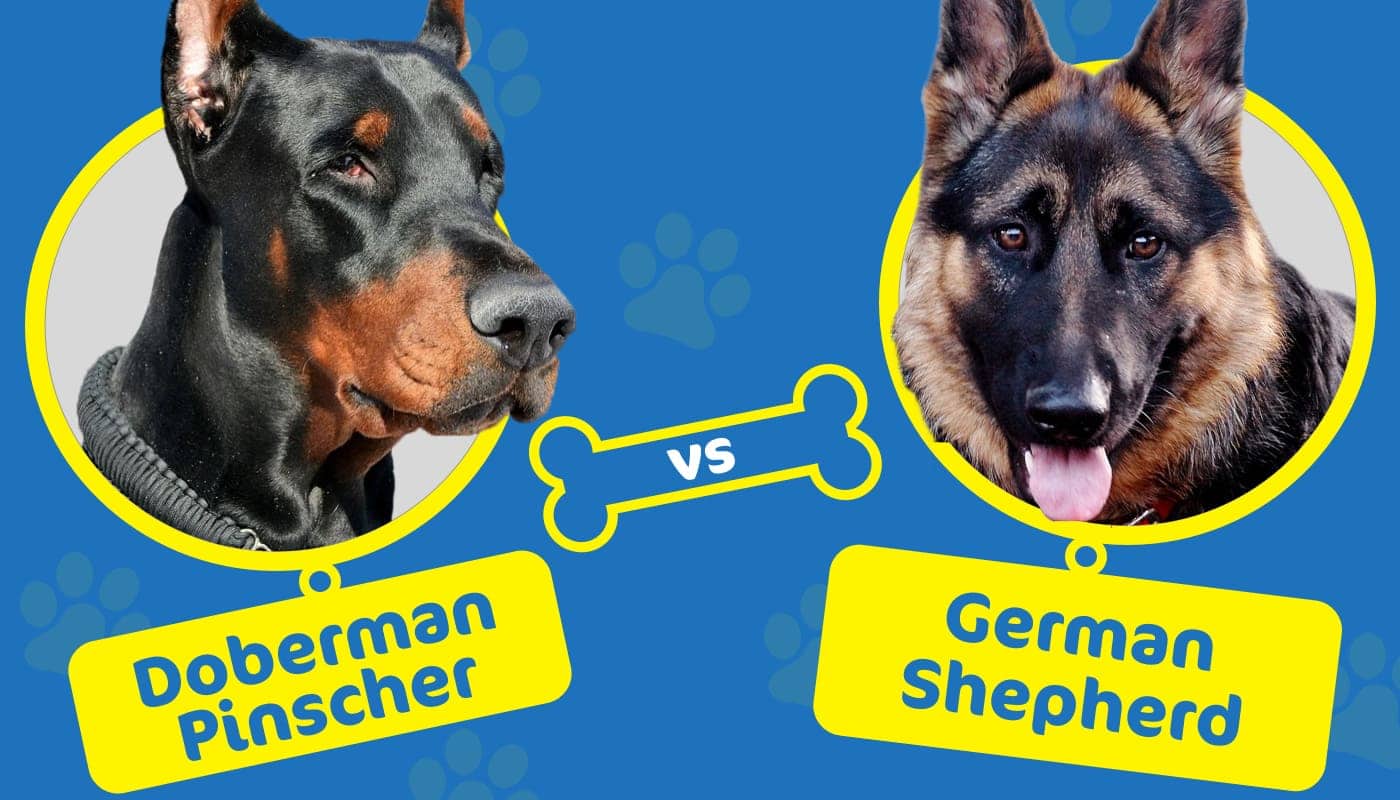 Doberman Pinscher vs. German Shepherd: Which Dog to Choose? 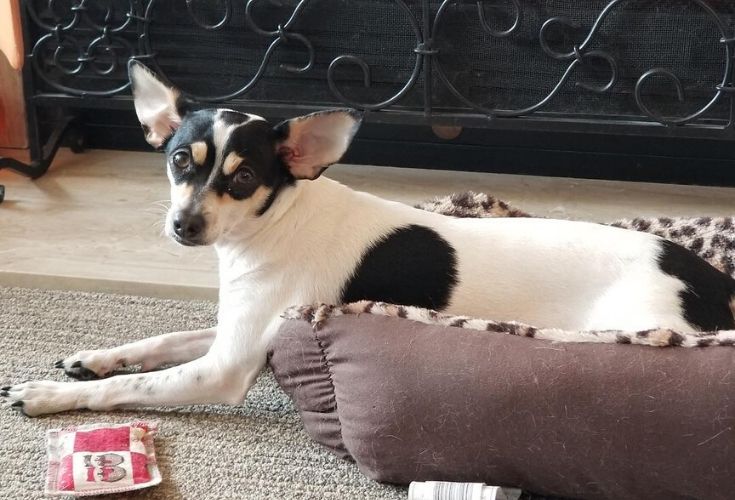