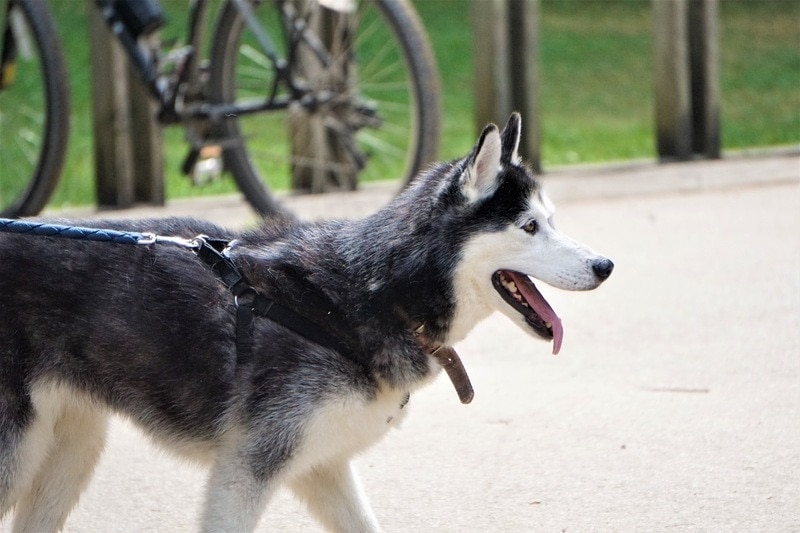 The Kugsha is not recognized by any kennel club, primarily because it is considered to be too close to a wild wolf in its lineage. Also known as the Amerindian Malamute or American Husky, it was originally bred as a working dog and used to pull heavy loads. It also found use as a guard dog or watchdog, because it can be very territorial and, as well as having a formidable physical appearance, it can be quite aggressive.

In general, however, and with early socialization and training, the breed can become a very closely bonded member of the family. In fact, such is the strength of the bond that they will form with their humans, that this breed can suffer separation anxiety and exhibit destructive behavior if they are left alone for too long. Early socialization and training should be considered essential with this breed, as well as providing ample exercise that will help keep their energy and highly strung nature in check.

Kugsha Puppies – Before You Buy…

What’s the Price of Kugsha Puppies?

The Kugsha has yet to really transition to the status of companion dog, and he remains primarily a working dog. As such, there are not many breeders that operate and offer this dog outside working communities. If you do find a good example of the Kugsha, you can expect to pay $1,000 or more.

The rarity of the breed means that you may struggle to locate a reputable and well-respected breeder. You should be prepared to travel. Ensure that you ask plenty of questions of the breeder before meeting them and their dogs, but do ensure that you will have the opportunity to meet any Kugsha before you consider taking one home.

The breed is known as a wolf-dog, and they retain a lot of qualities of their wild wolf ancestors. Early socialization is important because this will help prevent the dog from developing antisocial behavior, and it is essential that this starts when they are puppies. If the dogs are kept in isolated conditions, they are more likely to develop behavioral problems. When you meet the puppy, try to meet its parents, because this can also be a reasonable indication of the type of dog you will be taking home.

Although the breed is rare, his nature as a wolf-dog means that there may be some examples of this wolf-dog to be found in local shelters and rescues. Be extra vigilant when adopting this breed, ensure that he is friendly enough when you meet him, and try to determine the reason for him being up for adoption.

1. The Kugsha is an exceptional working breed.

Having not made the full transition to a family pet, the Kugsha remains very much a working dog, and he excels in this area. His strength and size mean that he is used as a weight pulling dog, while his intimidating appearance has seen him used as a guard dog and watchdog, too. He can also be trained to work as a herding dog, although he is more commonly used for pulling. He has very high energy levels, is incredibly strong, and he naturally enjoys working and exercising all day long: perfect attributes for a hard-working dog.

2. He is surprisingly sensitive.

Despite his hard-working nature and his use as a guard dog or watchdog, the Kugsha has a surprisingly sensitive nature. In fact, he will form a very strong bond with his owner, and he will require plenty of time with his bonded human. If you are unable to give enough time and attention, your Kugsha can suffer separation anxiety and may exhibit antisocial and destructive behavior. Early training and socialization can help, but you should consider a different breed if you will not be able to provide your Kugsha with enough daily interaction.

3. They are not considered suitable for novice owners.

The Kugsha is descended from the wolf, and he retains a lot of the same wild nature. He can be aggressive and moody, he does have very high energy and exercise requirements, and without proper socialization and training, he can become a major handful. It is this combination that has seen the breed retain his use as a working dog and that has prevented him from becoming a family companion. He can also be difficult to train because he is fiercely independent and likes to make up his own rules. These characteristics mean that the breed is not suited to novice and first-time owners. Even experienced owners can find this breed difficult and struggle to keep them.

Temperament & Intelligence of the Kugsha

The Kugsha may be mildly social and mix reasonably well with other dogs. He will form a close bond with his human owner and may suffer separation anxiety. For owners that require a strong, hard working dog, he may be a suitable breed. However, in a lot of cases, he is not considered a suitable family companion.

The Kugsha is not considered a family dog that lives with small children. He can have a short temper and a somewhat unpredictable nature, which is not ideal around small children that do not yet know how to be properly respectful of dogs. With that said, he is a surprisingly sensitive dog and he will struggle if he does not get a suitable amount of time with his human owner. If he is left for extended periods, without interaction, he can become destructive and may exhibit antisocial traits. If you have small children, you must monitor all interactions between your dog and child.

Generally considered a mildly tolerant and sociable breed, the Kugsha will usually get along with other dogs, and it should be possible to integrate him into an existing dog pack or family. However, he will show some prey drive, which means that he might chase cats and other small animals, including those within his own home. Always monitor any time between dogs and small animals, and if you let your Kugsha off the leash, ensure that he has an exceptional recall.

Things to Know When Owning a Kugsha

As a strong and vigilant working dog, the Kugsha is especially useful as a guard dog for keeping an eye on herds and livestock. He is also very strong and capable of pulling large weights. As well as being a good working dog, he will bond closely with his human owner, so makes a good companion working dog. However, he is not suitable for all owners, and you should consider the following factors before taking on this breed.

The Kugsha looks like a wolf and has the appetite to match. Expect to feed around 4 cups of high-quality food per day. Ensure that his primary protein source is meat, measure the amount of food you give, and always provide your dog with a steady and fresh supply of water. Provide your dog’s daily allowance spread out over the day and measure food to ensure that you do not overfeed, therefore minimizing the risk of your dog becoming overweight or obese.

The wolf dog is a high-octane dog with a lot of energy to burn, and you will have to provide enough exercise to ensure that he can do so. This working breed will benefit from being given a job to do because this will keep him physically and mentally active, so he will flourish when used as a working dog. The breed has not yet really been utilized in agility and other dog sports, but he is likely to excel at them if you can train him to perform the desired actions and routines.

One of the difficulties of owning a Kugsha dog is that, while he is highly intelligent, he is also independent and can be quite stubborn. As such, training can be difficult, especially if you are inexperienced. Take him to puppy classes as soon as possible. Puppy classes not only teach your dog basic and essential commands, as well as instilling the right way to behave, but they teach you how to properly train your dog in the future, too. It will also help with socialization, and this is another important aspect of owning this type of breed. He can be antisocial and may even show signs of aggression. Early socialization helps to curb this aggression and ensures that your Kugsha gets along with other people and other dogs.

Although this breed is a mild shedder, they do take quite a lot of grooming. You will need to brush several times a week, ideally every day, but you should only bathe them when it is absolutely necessary, otherwise, you run the risk of damaging their coat and even their skin. They should not require any special coat cutting or grooming, but they will need other general care.

You will have to brush their teeth at least two or three times a week, ideally every day. This is especially important because this breed eats a lot and can suffer from dental hygiene problems. Finally, you will have to keep their claws trim by cutting every month or two, according to their specific requirements.

The Kugsha dog breed is considered a healthy breed. As with all breeds, feeding them good quality food, offering fresh water, and ensuring that they get regular exercise will ensure that they remain healthier for longer. Look for signs and symptoms of the following conditions.

There are no notable differences between the male and female, in terms of size or characteristics. Kugshas will be much more influenced by the behavior of their parents than by their sex.

The Kugsha dog breed remains a relatively wild breed, and one whose use remains as a working dog. He has yet to integrate into family companionship, primarily because he has very high exercise requirements and can be aggressive if he does not get enough early socialization and training.

If you do keep one of these dogs as a pet, you will have to exercise him plenty, socialize him early, and avoid leaving him alone for too long. Despite being a working dog, and having a somewhat intimidating physical appearance, this breed is sensitive and can suffer separation anxiety when left alone for too long. 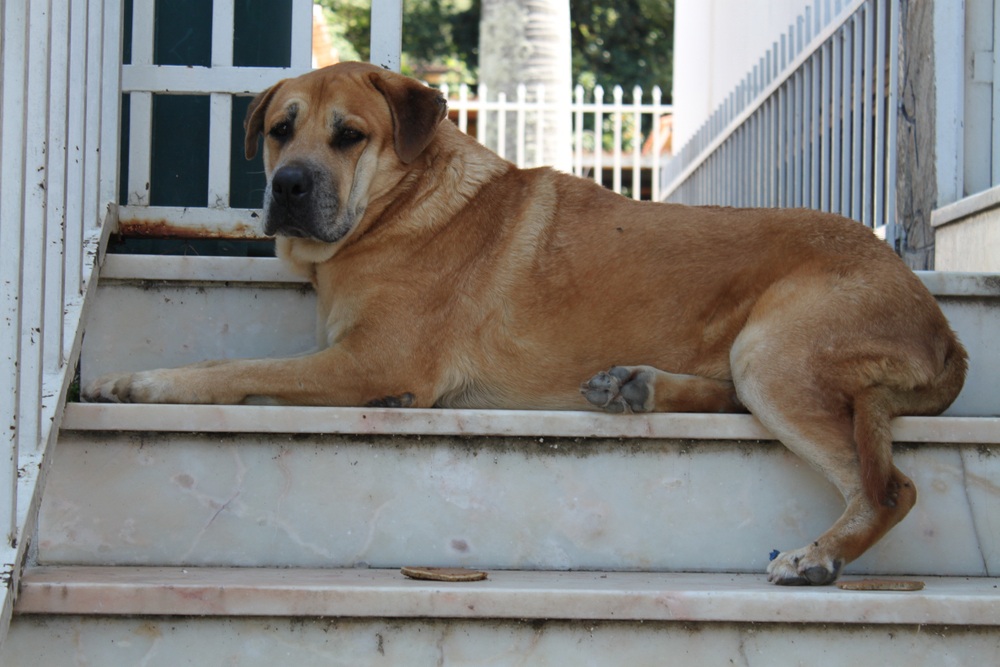 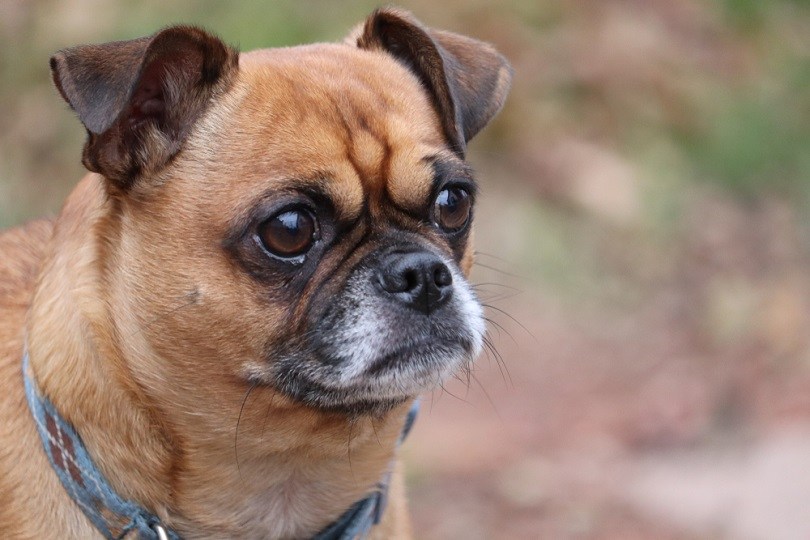 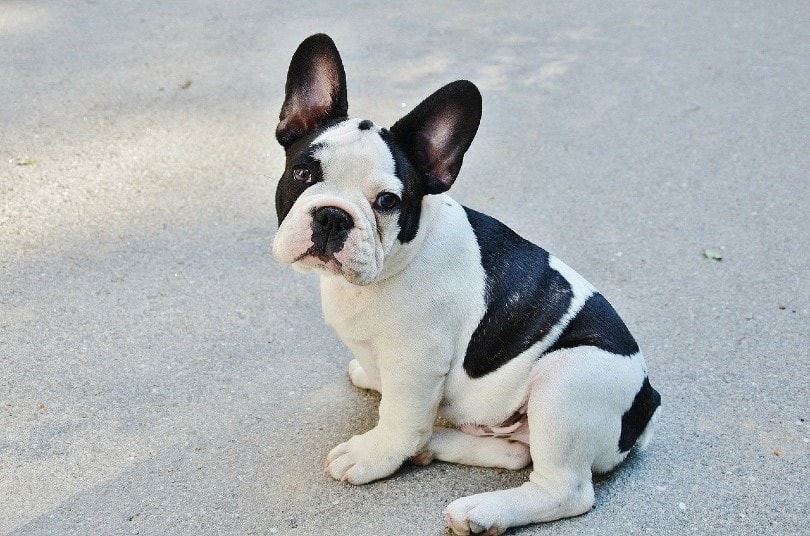