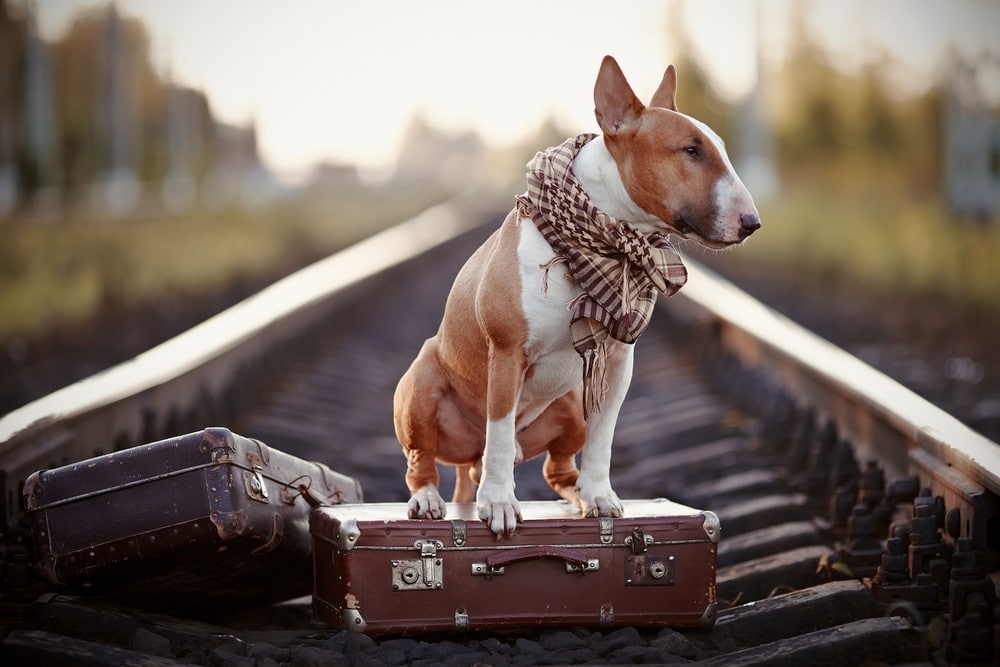 Dogs are amazing creatures. They’re incredibly loving and loyal, and they can be trained to handle all sorts of complex jobs, from sniffing for bombs to calming PTSD survivors.

Yes, dogs are truly amazing — but that doesn’t mean they’re all at the same level of smartness. The dogs on this list are not the ones you call when you have a complex job that you need to complete.

That doesn’t make them any less adorable, of course. Below is the list of the least intelligent dog breeds, in no particular order.

With their long, droopy ears and even droopier faces, Basset Hounds don’t exactly look like canine Einsteins — and they certainly don’t behave like it either. These dogs are notoriously difficult to train, which is partly due to their low IQs and partly due to a complete lack of motivation on their part.

Not only that, but this is also one of the breeds that’s easiest to distract, as any strange scent in the air is sure to attract their attention. You may be able to teach a Basset Hound to track down another animal, but good luck getting them to sit, stay, or roll over.

Defenders of the Afghan Hound will say that this dog isn’t dumb, just independent. At a certain point, though, those two traits become indistinguishable, and that’s the sweet spot that the Afghan Hound has carved out for themselves.

If you try to give them a command, these dogs will most likely give you a blank stare in return. Is it because they don’t understand or they just don’t care enough to try? At the end of the day, does it make that much of a difference?

These stout little monsters are extremely popular, as their canine good looks are basically irresistible. As a result of that popularity, though, many owners are learning their dirty little secret: These dogs are not that smart.

These fluffy creatures are best-known for their purple tongues, but their miniature brains should get attention as well. Chow Chows are extremely difficult dogs to train, as they’d rather listen to the devils on their shoulders than their owners in their ear.

The fact is that these dogs may not be dumb at all. It’s entirely possible that they’re one of the smartest breeds on the planet. However, they won’t share that intelligence with their owners, preferring instead to ignore commands and march to the beat of their own drummers.

Like Basset Hounds, Bloodhounds are often too overwhelmed by the smells around them to focus on what’s happening right in front of their face. As a result, they can walk right into a tree without thinking twice (or once).

Of course, they’re incredible at tracking down their quarry, so it may be better to think of them as single-minded specialists.

These little dogs have extremely high opinions of themselves, but those opinions aren’t backed up by their brainpower. Pekingese are used to being pampered, so they’re not good at following orders, behaving nicely, or doing anything that requires basic skills.

Not only are they dim, but they’re also lazy. They make great lap dogs, though.

These giant mutts can destroy your entire living room without ever realizing it.

Training a Mastiff can be difficult, especially if they don’t respect you. Of course, even if they do, they’ll have problems grasping any concepts harder than “stand there and drool.”

The biggest indicator of their dimness, however, is their penchant for picking fights with other dogs. They’ll start drama with any dog that comes their way — and when 95% of the dogs that come your way are twice your size, that’s not a smart strategy.

These dogs don’t look like rocket scientists, but they do look like the kind of dog that would chase a rocket — or a parked car, whichever is more convenient. They love to play and have fun, and they’re known for being mischievous.

They’re also extremely stubborn (dare we say, “bull-headed?”). When you have a stubborn dog that would rather play than follow commands, you have a dog that’s likely to earn a reputation for stupidity.

St. Bernards have more fluff than brains — and they have more bulk than fluff. These gentle giants think they weigh about 15 pounds, and they won’t hesitate to curl up in your lap on the couch. Even better, they won’t be bothered by your muffled screams about not being able to breathe.

They’re not the most obedient dogs, but they make up for their lack of rule-following ability by being extremely adorable. They know that you can’t stay mad at a face like that — on second thought, they may be smarter than we gave them credit for.

Most people describe Scottish Terriers as being “dignified,” which helps mask the fact that they’re not the sharpest bulbs in the drawer. They have outsized personalities that belie their small stature, and they’re not afraid to stand up to their owners when given a command that they don’t want to follow.

These dogs don’t follow orders well, which causes people to assume they’re dumb. That’s as may be, but then again, they may ignore your commands because they think that they know better.

The Great Pyrenees is a large, fluffy dog with a seemingly never-ending supply of patience. However, that patience may be because they don’t really understand everything that’s happening around them.

They’re not easy to train, but they have instinctive qualities that make them excellent working dogs. If you want a dog that can keep your sheep safe, the Great Pyrenees is for you. However, if you want a mutt that can figure out how to work the doggy door, you might want to keep looking.

Beagles are like miniature Basset Hounds, and they may even have a smaller version of the Basset Hound brain too. They’re just as stubborn, and they can be extremely difficult to train without the proper experience with them.

Borzois are like Afghan Hounds, for better or worse. They’re just as independent and aloof (perhaps even more so), and they’re more than happy to ignore your commands if they don’t fit with their immediate plans.

However, using the term “plan” might be generous. These dogs don’t have nefarious schemes, but they may be tempted to chase anything they see, like squirrels, falling leaves, or imaginary rabbits.

Any time that you can use the phrase “a long history of inbreeding” regarding an animal, you know that you won’t have a genius on your hands. The Cavalier King Charles Spaniel doesn’t have the most diverse gene pool on the planet, and as a result, they have difficulty following simple commands.

They make up for it by being warm-hearted and agreeable. These are loving, loyal dogs — just be careful, because they might accidentally choke on their own food.

Rottweilers aren’t that intelligent, but if you’re smart, you’ll keep such information to yourself. These pups make great guard dogs, so they’re capable of being well-trained, but they also have terrible memories and trouble concentrating.

They’re devoted to their owners and eager to learn, so obedience classes should go well. That’s good because given their attention spans, you’ll need to attend many of them.

You should never judge a book by its cover. In the case of the Old English Sheepdog, however, it’s absolutely acceptable to judge a dog’s intelligence by its appearance.

These dogs don’t look or act smart, but they’re great at their job, which is protecting livestock from predators. Of course, that particular job doesn’t come up much in modern life, so they’re usually just dogs with one useless skill and not much else going for them.

If you’ve ever seen a dog spend an entire afternoon barking at a wall, then you’ve met a Pug. These little mutts don’t look smart, and they make it a point to live up to their appearance. However, they’re sweet and affectionate.

It’s important to realize, however, that despite their limited work-related intelligence, Pugs are sensitive and are highly emotionally intelligent. That means you shouldn’t call them stupid to their face — and definitely don’t interrupt an important wall-barking session to tell them.

The Italian Greyhound was bred to chase things they see. That’s their entire resume. They’re not problem solvers, so don’t expect to get good results if you put their brains to the test.

However, they are remarkably stubborn, so don’t be surprised if they argue with you when you try to convince them to sit, stay, or find their way out from underneath a blanket.

You might think that the Basenji is smart, as they like to spend hours staring contemplatively out windows. What could they be thinking about? Are they pondering the mysteries of the universe, or questioning what it truly means to be a “good boy?”

No, chances are that all these dim dogs are thinking about is how the window tastes.

Least Intelligent Animals: Did Your Dog Make the List?

If you’ve ever owned a dog of lesser intelligence, you may have spotted their breed on this list. Then again, we might have missed it. Where does your dog fall on the list of smartest to dumbest dogs?

That’s understandable because intelligence isn’t a breed-exclusive trait. It’s something that’s shared by all dogs in one form or another, and it’s just one of the things that makes these animals so incredibly wonderful.