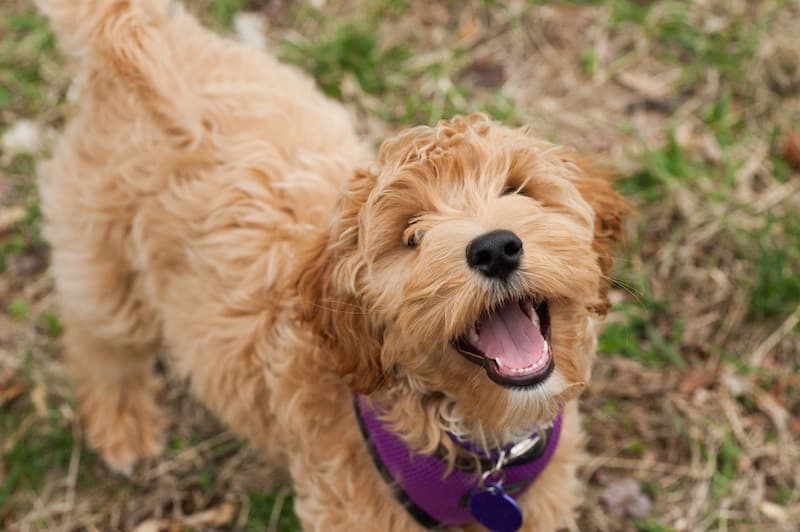 The Mini Labradoodle is a mixed breed created by breeding the Toy Poodle with a Labrador Retriever.  The hybrid has a teddy bear appearance with hazel or brown eyes. The face is round, and the muzzle is a medium length. Their coat is like a standard poodle and does not shed.

Mini Labradoodle Puppies – What You Should Know Before You Buy…

How Much Do Mini Labradoodle Puppies Cost?

3 Little-Known Facts About the Mini Labradoodle

1. The Mini Labradoodle is popular among celebrities, and many have them as pets, including Jennifer Aniston.

3. The parent Labrador uses its thick tapering tail as a rudder to help steer the dog in the water.

Temperament & Intelligence of the Mini Labradoodle

The Mini Labradoodle’s parents are quite different from each other, and your personality will vary depending on which one they take after more. Most Mini Labradoodles like to play and can get silly to get attention. They are usually friendly to everyone, so they don’t make good watchdogs.

Mini Labradoodles are intelligent, and you can train them to perform several tasks. This breed was created in part to help the elderly and can act independently and solve problems.

The Mini Labradoodle makes a great pet because they are full of energy and like to play. They also tend to be silly, or goofy, which makes them very popular with children as does their teddy bear-like appearance. Families with several active members can also help ensure that the dog can get the exercise that it requires to stay happy and healthy.

The Mini Labradoodle usually gets along well with other pets and rarely is the cause of any arguments that might occur between your pets. Their retriever nature can have them chasing small animals through the yard, especially at a young age, but this behavior usually passes.

Things to Know When Owning a Mini Labradoodle

Most people see the word mini and think that this is a toy dog breed, but though its weight can vary, it is closer to a medium-size dog. A full-grown medium-sized dog will require up to 2½ cups of food per day spread out over several meals. Smaller dogs and puppies may require as little as one cup per day. We recommend using a high-quality brand that contains protein as its main ingredient and following the feeding instructions on the package.

Foods that contain Omega fats can help with a shiny coat, as well as eye and brain development. Foods with antioxidants can boost the immune system.

The Mini Labradoodle is small but active and will require 30 to 60 minutes of exercise per day. Physical, as well as mental stimulation, is recommended to help keep your pet from feeling bored. Puzzle games and fetch are excellent choices, as is a long walk.

A Mini Labrador is not difficult to train, and you can often get them started at an early age. The best way to train is to use positive reinforcement, which means to give a reward when they complete the required task. The best way is often to stand in front of your pet, holding a treat repeating a command. While you are repeating the command, coax your dog into doing what you want them to do, and when they succeed, give them a treat.

Because the Mini Labradoodle is so smart, you may find that you are supplying a lot of treats and need to cut back. Many times showering them with praise and scratching behind their ears is more than enough reward to keep them training while remaining healthy. We recommend only using treats to get them started, or when they seem disinterested.

The Mini Labradoodle is hypoallergenic, and it doesn’t shed, however, frequent brushing is required to make sure there are no mats or tangles. You will also need to trim the hair regularly to keep it manageable, but it doesn’t smell, so they rarely need a bath unless they get into something.

Like any other dog breed, you will need to trim their nails so they can walk comfortably and keep their teeth cleaned to prevent dental decay. Dry food and dental cleaning treats can help, but nothing takes the place of regular brushing.

The Mini Labradoodle is a sturdy breed with few health problems. However, there are a few problems you might encounter that we will list in this section.

Bloat is a condition that causes your dog to swallow air, usually as they are eating. The excess air causes the stomach to expand, which can block off the circulation and put pressure on other organs. It can also cause the stomach to flip inside out, which can lead to damage to the stomach lining. The Poodle parent of the Mini Labradoodle is known to be afflicted by bloat more than many other breeds.

Retinal atrophy is a disease that affects the rods and cones in your dog’s eyes and can lead to blindness. Retinal atrophy is known to affect the Laboratory Retriever breed and can affect the Mini Labradoodle as well. This disease is not painful, and night blindness is one of the only early warning signs.

Obesity is a major concern facing dogs, and it causes several other health problems that can dramatically reduce the lifespan of your pet as well as the quality of life, including heart disease, skin disease, and diabetes. Some studies suggest as many as 40% of dogs are overweight, and it’s getting worse each year. Unfortunately, humans are responsible for overfeeding their dogs, and this is one disease that we can eliminate with controlled portions.

The Labrador Retriever parent breed is known to be susceptible to a condition known as exercise-induced collapse, which, as the name suggests, causes your pet to collapse after a short burst of activity. This condition causes a forced gait before the hind legs fail. Episodes can last three to five minutes after exercise has terminated, and symptoms will continue to worsen. Selective breeding can reduce the chances that your pet will get this disease, but there is little you can do but wait it out and minimize high-intensity activity if they are afflicted.

We hope you have enjoyed reading over our look at the Mini Labradoodle. This breed is affectionate, loyal, and very smart. They’re perfect for people with allergies, and they don’t shed, so they’re great in small apartments. Your Mini Labradoodle will require plenty of exercise and regular trips to the barber, but they usually live more than a decade with very few trips to the vet. 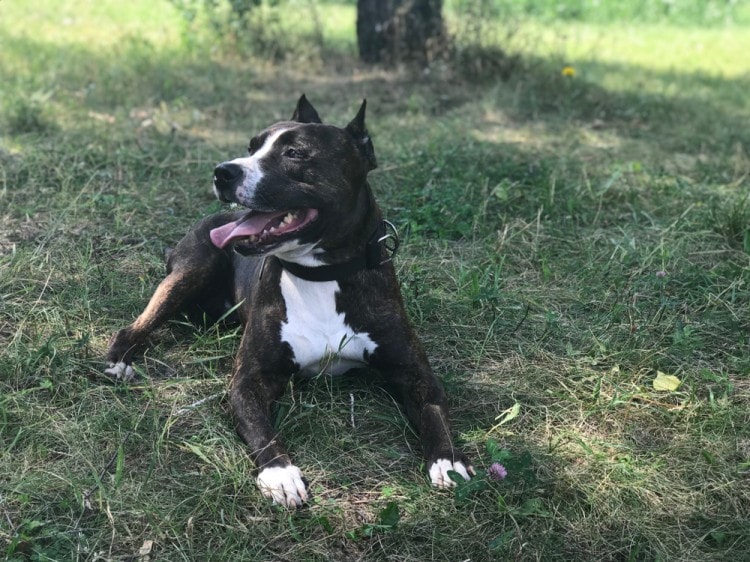 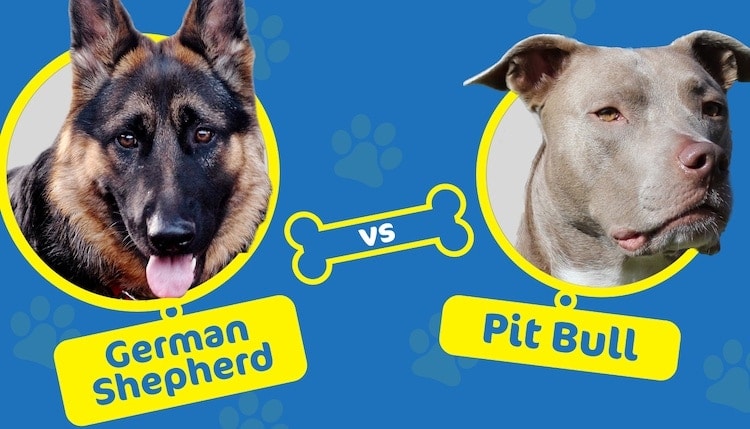 German Shepherd vs Pitbull: Which Dog To Choose? 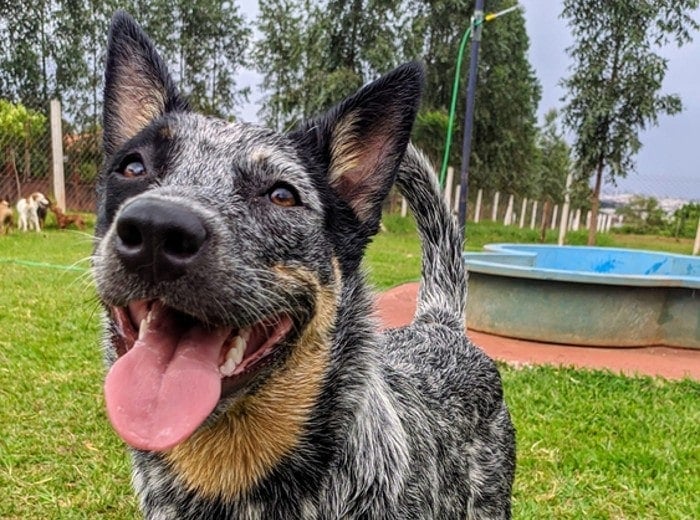