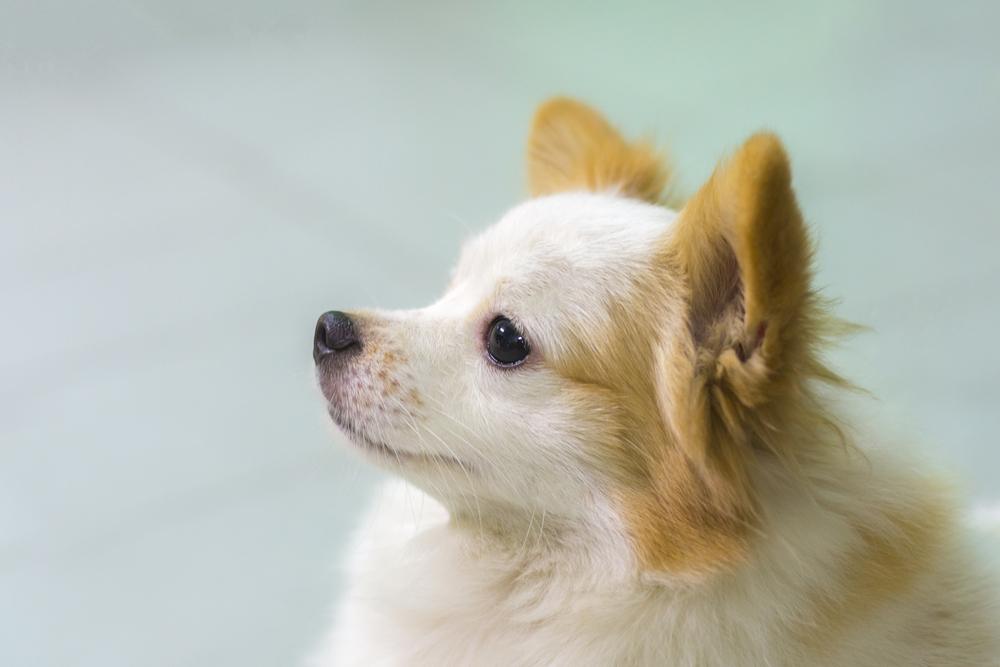 A Shiranian is a mix between a Pomeranian and a Shih Tzu. These dogs can sometimes be referred to as a Pomshi or a Pom-Tzu. This is a small breed animal that loves to be around people. There are some essential things you should know before purchasing a Shiranian puppy. In this guide, we will help give you all the information you need to make sure that this is the dog for you.

Shiranian Puppies – Before You Buy…

What’s the Price of Shiranian Puppies?

Typically, you can find a Shiranian puppy for around $750. Depending on the breeder and the location you are in, these puppies can cost as much as $1500. This is quite expensive for a small breed dog.

1. High Variety In Color and Coat

Although two Shiraninans can look exactly alike, it is quite rare. Since there is a large variety in coat length and color in the Pomeranian and in the Shih Tzu, when those two are combined, you get even more combinations. This makes the breed unique and exciting to observe. When you become a Shiranian owner, you will end up spotting them more often and appreciating their characteristics.

2. Shiranians Are Not Watch Dogs

If you are looking for your Shiranian to keep an eye on your home while you are gone, you may want to consider another breed. Shiranians are friendly animals that usually take to strangers quite quickly. They are more likely to get a burglar to play with them than they are to protect your home. Even when it comes to alerting you if there is someone at the door, your Shiranian will likely not bark or get upset — they will want to play with the new visitor.

Get ready to do some brushing if you purchase a Shiranian. Not only will you have to brush their hair almost daily, but you will have to brush their teeth quite often as well. If you don’t enjoy grooming and taking care of your pet, this is likely not the dog for you. The good news is that brushing can be an excellent way for you and your dog to bond. Try offering a small treat or a seat on your lap each morning to get your Shiranians hair in perfect condition for the day.

Temperament & Intelligence of the Shiranian

Playful, friendly, and calm are the best ways to describe a Shiranian. They are so interested in being your friend and companion that they are not always that easy to train. One of the most challenging things you have to deal with as the owner of a Shiranina is their separation anxiety.

These dogs will become extremely upset when left alone for long periods. When your Shiraninan is young, you will have to teach them to be alone for periods. This is not something that comes naturally to this breed of dog. If you are a single person that will be out of the house for eight hours a day, your Shiranian will suffer a great deal of stress.

For an older person looking for a companion animal, the Shiranian makes a great choice. If you spend time properly training your Shiranina puppy, they will make an excellent friend for many years.

A Shiranian can be a great family pet. However, not all families will be ready to deal with a Shiranian. Shiranians are tiny dogs and do not weigh very much. If you have young children that do not know how to handle being around a small dog, your Shiranian could be in danger.

Young children may not understand how fragile a small dog like the Shiranian is. If you feel as though you can properly train your child on small dog safety, then the Shiranian could be a good fit. You shouldn’t have to worry about a Shiranian being aggressive or dangerous for your children; the danger is usually the other way around.

If you have older children, Shiranian is an excellent fit because they love being around people. A busy family with lots of people around all hours of the day is a perfect home for a Shiranian. Having several people around to make sure your Shiranian is getting plenty of exercises is essential as well.

Things to Know When Owning a Shiranian:

Now that you have a general idea of the personality and temperament of the Shiranian, you will need to know what it takes to care for one. Overall a Shiranian is not a high maintenance dog, certainly not more than other similar breeds.

A Shiranian is considered a small dog, and they must be fed food for a small breed. If a Shiranian is given too much food, they will quickly gain weight. It is best to consult with your vet as to exactly how much food your pet needs. A dog that is four pounds in size may need a different amount of food than one that is 14 pounds.

If you want to feed your Shiranian something other than dog food, there are plenty of healthy treats and human foods that you can share with your dog. Before establishing your Shiranians diet, you will want to consult your vet. As your dog ages, the amount of food they require will change.

The Shiranian is a moderately active dog, which is also the same activity level that most people need in their lives. Your Shiranian will likely want to go on a short walk everyday, anywhere around a mile or so. Shiranians do well living in small spaces since they do not require large areas to run.

If you don’t have a lot of yard space, you can still provide an excellent home for a Shiranian. Although the Shiranian is not a high-energy dog, they must get some exercise to maintain a proper weight.

Shiranians are intelligent animals but they are stubborn when it comes to training. You will have to be patient when training your Shiranian, especially when it comes to housebreaking. The good news is that with the playful and adorable energy your Shiranian provides, you will love them regardless of their frustrating training sessions.

The length of hair on your Shiranian will vary because of the crossbreed. Most Shiranians are considered to be long-haired animals. You will need to brush your dog’s hair daily if possible. The daily brushing will keep their coat looking and feeling great.

Shiranians have very tiny ears, and they can get dirty quickly. Check your dog’s ears often and use the proper cleaning solutions to make sure that your Shiranians ears stay clean.

Shiranians are prone to dental issues. You will need to brush your dog’s teeth often. You should shoot for at least once a week. Long-term dental issues will lead to other health problems as well.

When it comes to bathing your Shiranian, you won’t want to go overboard. Excessive bathing can cause the natural oils in their coat and skin to dry out. Grooming once a month is more than enough when it comes to shampoo and hair wash. Make sure to brush your Shiranians hair entirely after the bath, so there are no knots or rough spots.

Overall, the Shiranian is a healthy animal with some minor issues to watch out for. Mostly you will need to make sure that your dog is fed the proper diet and gets the right amount of exercise. The most common conditions for a Shiranian are dental issues and weight gain.

The Shiranian is a lovely mixed breed dog if you are looking for a playful and friendly companion. The Shiranian will want to spend time with you and be close at all times. If you spend quite a bit of time at home, this is the perfect choice for you. A Shiranian will not be any more challenging to take care of than other small breed dogs, and the amount of energy they have is a perfect mix of crazy and calm. Overall, this is a dog breed with not many red flags as far as health and behavior are concerned. Hopefully, our guide gave you enough helpful information to decide if the Shiranian is the right fit for you and your family. 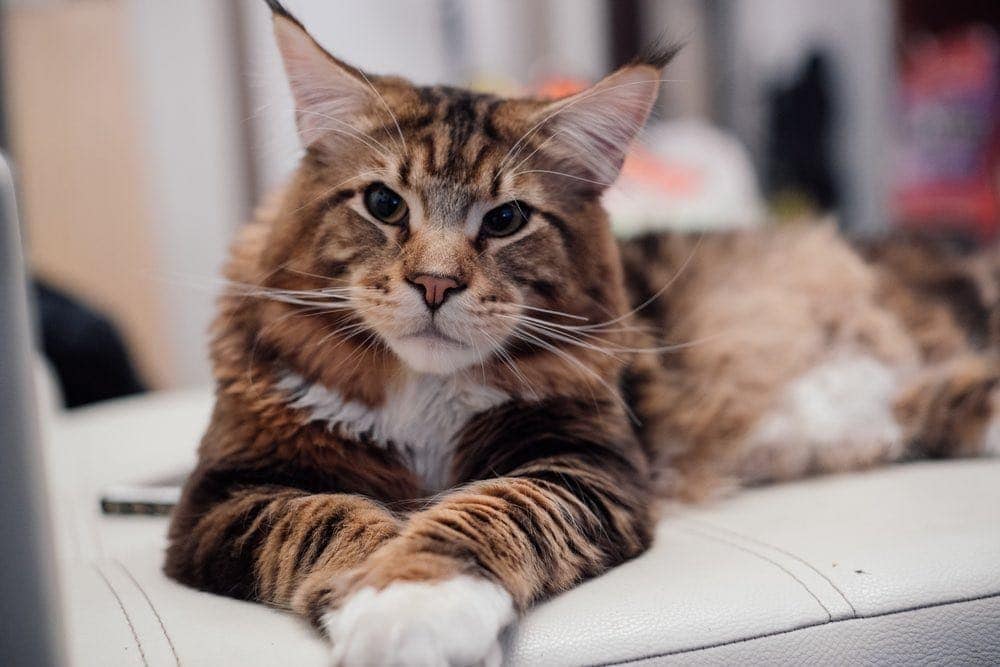 How To Tell If Your Cat Is a Maine Coon 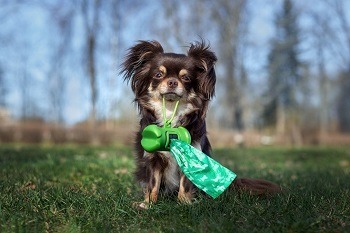 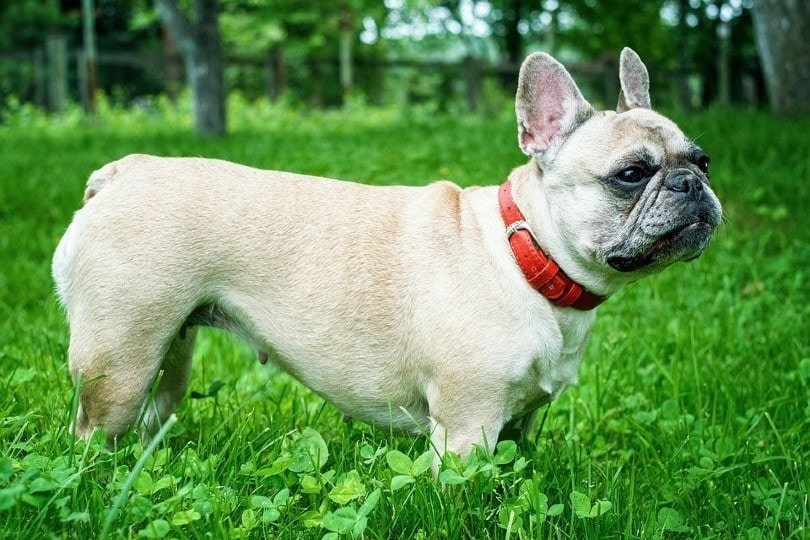 How Much Does a French Bulldog Cost? (Price Guide 2021) 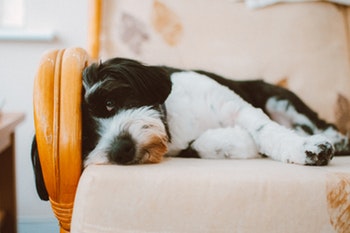