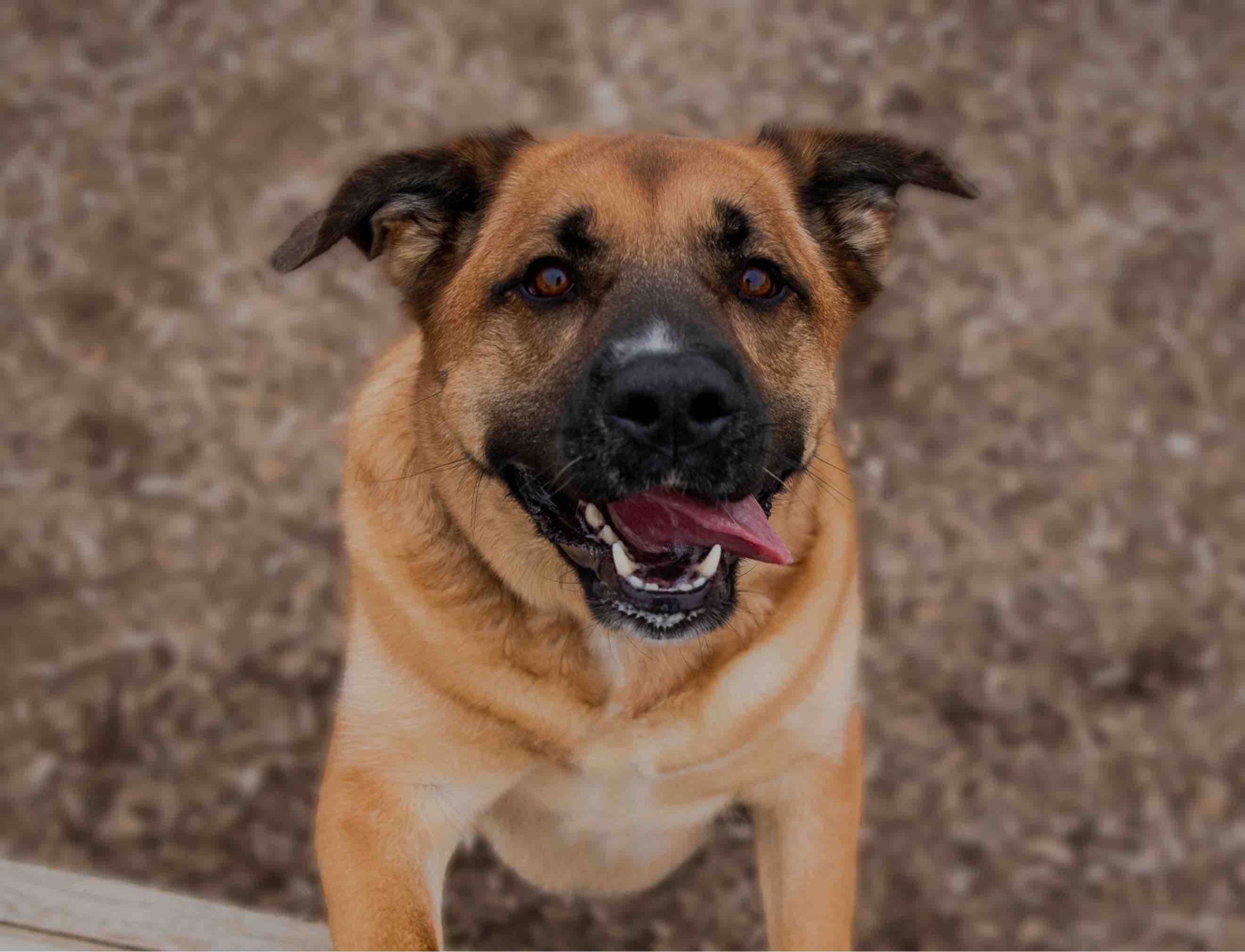 A Shug is a mix between a purebred German Shepherd and a purebred Pug. As a very modern designer breed not yet recognized by the American Kennel Club, Shugs display a wide range of physical and temperamental characteristics, so it’s important to take extra care if you want to buy one.

The intent of breeders whose dogs give birth to Shugs is to offer potential owners the intelligence and loyalty of a German Shepherd in the small, friendly body of a Pug. German Shepherds consistently rank as one of the most popular dog breeds in America, but not everybody can handle such a huge, fiercely loyal dog – especially if they don’t live on a large property.

Shugs can be a lot of work, but by the end of this article, you’ll see why we think they’re a breed that will only get more popular with time.

Shug Puppies – Before You Get One

1. There aren’t currently any breeding standards for a Shug.

On the one hand, this is actually a good thing. Overly restrictive AKC standards can sometimes prioritize a dog’s appearance over its health, so the absence of regulations means Shugs have a better chance to display hybrid vigor. On the other hand, it means that breeders can sell any puppy and call it a Shug without any repercussions.

In order to make sure you’re getting a healthy dog that matches what you’re looking for, it’s vital that you do a background check on any breeder you plan to work with. Talk to other people who have bought puppies there, and look for any negative press.

When you meet the breeder, ask to meet your potential puppy and its parents, and ask to look at the Shug Puppy’s health certificates. If they stall, or don’t have the certificates, think twice about buying one of their puppies.

2. Shugs are different from Pug-Zus.

3. Pugs are the favored dog of royalty.

Move over, Corgis! Before Queen Elizabeth II and her Welsh pups, the Pug was synonymous with the monarchy. Originally bred as lapdogs for the Chinese Emperor, Pugs made their way to Europe, where (according to legend) one saved the future King William III of England from an ambush by Spanish soldiers. Other famous Pug owners include Marie Antoinette and Josephine Bonaparte.

Temperament & Intelligence of the Shug 🧠

Shugs are extremely loving members of any family. They love playing and getting attention. They’re ridiculously affectionate and will want to be part of whatever their humans are doing. Their personalities match well with young, energetic children, and they’ll happily join in whatever mischief your kids are up to – if it wasn’t the Shug’s idea to begin with.

Two caveats if you’re considering a Shug as your family pet. First, they love strangers too much to be good guard dogs. It’s been a long time since a Pug alerted William of Orange to that enemy attack. Nowadays, Pugs and Shugs are more likely to rush over to interlopers and wag their tails than to bark and summon help.

Second, Shugs are prone to separation anxiety. If your family is busy and can’t spend enough time with it every day, your Shug might destroy a pillow or pee on a carpet to let you know it wants more attention. If it has more German Shepherd in it, it might dig under your backyard fence when it’s bored.

Contrary to its attitude to humans, a Shug’s German Shepherd loyalty has the potential to make it suspicious and hostile toward your other pets. Luckily, if you socialize it with other dogs and cats as a puppy, that habit will be totally trained out of it by the time it’s fully grown.

Things to Know When Owning a Shug:

With Shugs still a new, unmonitored breed, we can only say so much about their personalities. The information in this article is the baseline for German Shepherd/Pug mixes, but the genetic lottery can produce puppies far outside the norm. Again, nothing is a substitute for meeting the pup and its parents before any money changes hands.

Shugs do best on dry dog food supplemented with nutritious sources of fiber, such as chopped vegetables. Choose an organic dog food with real ingredients, avoiding by-products and gluten meal, and feed your Shug two cups per day. Don’t let it feed freely, as Shugs often overeat if their food is left out.

A Shug is an unlikely combination of a ball of energy and a couch potato. It loves a brisk walk through the park as much as it loves to eat and nap. In order to maintain its healthy weight, you should exercise your Shug about 45 minutes a day, using a combination of walks and toys.

Your Shug’s exercise needs will depend heavily on its genes. If it gets more of its German Shepherd side, it will be able to handle longer walks. A more Pug-heavy mix will inherit its Pug parent’s breathing issues and will feel the effects of exertion much more quickly. If your Shug looks more like a Pug, go easy on the outdoor exercise on hot days.

The good news on that front is that Shugs are happy to spend most of their time indoors. If they have enough toys to keep them entertained and stimulated, they don’t need as much space to run around like some other breeds. This makes them great dogs for people living in apartments.

Both German Shepherds and Pugs are highly intelligent dogs. However, German Shepherds are work dogs bred to accept training. Pugs, on the other hand, were bred as royal lapdogs, and thus aren’t accustomed to not getting their way. They’re often stubborn and need a firm hand in training.

Shugs are almost never aggressive. Their biggest problem behaviors are disobedience and potty training. Early on, teach your Shug specific commands starting with “come,” and reinforce success with treats. To housebreak a Shug puppy, consistency is key: take it outside at regular intervals, and make sure it always relieves itself in the same spot.

Shugs have short coats that don’t need a lot of grooming. To prevent matting, you’ll only have to brush them about once a week, though they always appreciate it more often.

During your weekly brushing, it’s also a good idea to wipe your Shug’s ears and eyes with a moist cotton swab, as this clears out foreign debris that might lead to an infection. Brush its teeth and nails at the same time, if you can.

As always, your Shug’s health depends on which of its parents it favors. Dysplasia is more common in German Shepherds, while obstructed airways are a bigger risk for Pugs. Bloat and allergies are potential problems in both breeds.

Male and female Shugs look and act very similar. On average, females are about an inch shorter than males. Compared to the differences between mixes that favor one parent or the other, though, gender distinctions are pretty minimal.

While they’re rare now, we think you’re likely to see a lot of Shugs in the dog parks of the future. They’re a German Shepherd Pug mix, two enduringly popular breeds, rivaled only by the Huskorgi in star power – but they also avoid the biggest problems with each. Shugs are German Shepherds that don’t need five acres to run around on, and Pugs that can breathe.

We’re not saying Shugs are without their own issues. Separation anxiety and stubbornness are a problem, as is the fact that this breed is a bit of a barker. But with a Shug in your life, you’ll never lack for a source of playful, smart canine affection.