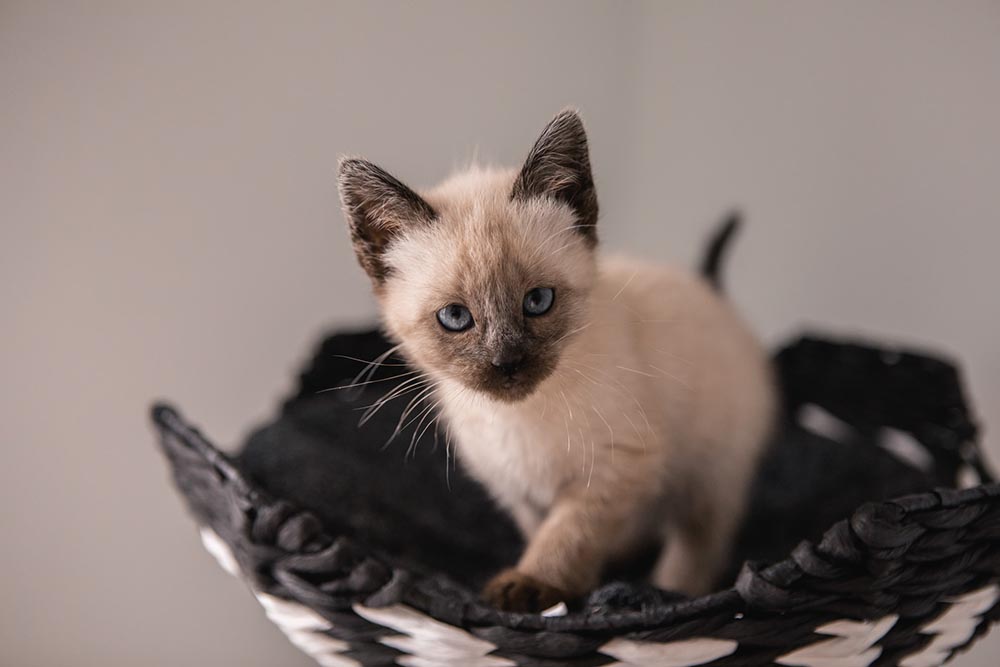 At Hepper, we advocate for adopting before shopping, but we understand there are many reasons for seeking a breeder, so we encourage it to be done the right way. We’ve put the top-recommended breeders here for you to get in touch with and ask all the right questions. We have not personally investigated each breeder ourselves. Learn more about our position and the questions you should ask before selecting a breeder here.

The Siamese is one of the most popular cat breeds on the planet. It’s not hard to see why people would love these animals, as they’re strikingly beautiful and wonderfully affectionate.

If you’ve ever tried to get one, though, then you know they can be hard to get your hands on. While there may be breeders out there dedicated to these cats, demand often outpaces supply.

That’s true even in a giant state like Texas. Finding a reputable and trustworthy Siamese breeder can be incredibly difficult, and there are surprisingly few options in the state. That’s why we’ve put together this list of a few of the top Siamese-only catteries in the state, so you can find your next best friend (without having to deal with sketchy breeders along the way).

A cattery registered with the  Cat Fanciers’ Association and the International Cat Association, Klazeekats has been dedicated to breeding Siamese since 1984. You get the benefit of their 30 years of experience, all of which have been dedicated to raising healthy cats and furthering the breed standard.

Their cats come fully dewormed and with their first two shots, and each kitten is backed by the Klazeekats health guarantee. Many people seek out this cattery for show-worthy cats, but their little ones make wonderful pets as well.

Elegant Cattery is a vet-owned breeding operation that offers both kitten and full-grown cats, and all their animals are altered and microchipped before being placed in their forever homes. Their cats have fared quite well in both regional and national shows, with blue points, flame points, and seal points being especially successful.

While the cattery’s ultimate goal is to produce the most beautiful cats possible, they’re quite vocal about the fact that they aren’t willing to sacrifice their cats’ health to do so. Their contract also includes a clause that requires adopters to return their cats rather than attempting to rehome them, which speaks to their dedication to the animals that they produce.

Related Read: How Much Does a Siamese Cat Cost?

A cattery that takes the health of its animals seriously, Cupid’s Pride refuses to allow their cats to leave until they’ve had blood work done, along with their first round of shots and parasite treatments. This ensures their cats are as healthy as can be before they enter their forever homes. They’ll even litter-train them for you.

They don’t sell breeding rights, and prospective owners must sign an agreement detailing their plans to spay or neuter their new cat. They specialize in applehead Siamese, but they also offer lilac points and others.

CJ’s Siamese Kittens is a small, home-based operation, and you’ll get that personal touch throughout your dealings with them. They’re up front about the fact that they don’t really consider themselves professional breeders, so you won’t feel like you’re buying the latest model off a production line with them.

They primarily offer applehead and seal point Siamese, and this is largely due to the fact that they only have a single sire. However, he’s a valued pet, just like the kittens that he creates, and any cat that you bring home from CJ’s is sure to fit right in with your family immediately.

Why Does My Cat Lick My Hands And Fingers? (8 Possible Reasons For This Behavior)

How to Tell if a Cat Has Mange

179 Tortoiseshell Cat Names: Our Top Picks for Your Beautiful Cat

getting a new kitten?

sign up for our free guide & newsletter to get all of the information you’ll need!