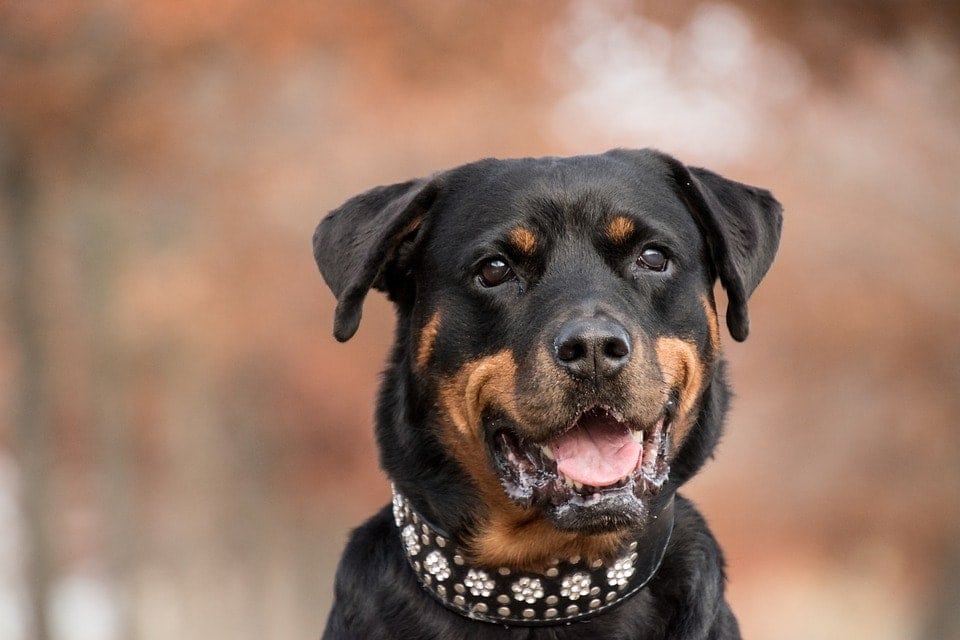 When most people think of Rottweilers, they think of aggressive guard dogs. But the Germans have a completely different dog in mind. Every Rottweiler bred in Germany must be friendly, calm, and good with children — not exactly the vicious guard dog we imagine in America!

So, what are the differences between American Rottweilers and German? What about the Roman Rottweiler? Does it still exist?

Though there is truly only one Rottweiler breed, dogs bred in different countries vary quite a bit. This is because the breed standards are different in countries like Germany and America. German Rottweilers look and act differently from their American counterparts, even though they’re technically the same breed.

We’ll review the different types of Rottweilers and their characteristics to give you a better understanding of this ancient breed.

The 3 Types of Rottweiler Dog Breeds (Based on Country):

The Rottweiler’s ancestor existed as far back as when the Roman Empire was still in power. It was used by the Roman legions as a herding dog. The modern-day Rottweiler, though, wasn’t recognized by the American Kennel Club (AKC) until 1931.

The modern Rottweiler was bred in Germany and entered into German stud books beginning in 1901. The name Rottweiler comes from a town in Germany called Rottweil, where the breed as we know it now originated.

Rottweilers have been used as working dogs who pull carts, police dogs for the railroads, and even herding dogs. Their strong bodies and willingness to work allow them to do a wide variety of jobs.

The AKC categorizes the Rottweiler in the Working Group of dogs, which includes things like search-and-rescue and police work.

The AKC lists the Rottweiler as a loyal, loving, and protective dog who makes a good guardian. Contrary to how some people picture Rottweilers, these dogs are calm and brave but not aggressive. In other words, they want to protect their humans if needed but won’t go looking for fights!

At home, the Rottweiler is playful and friendly. The dogs are gentle and loving toward everyone in the family, including children. To strangers, though, part of the Rottweiler’s nature is to be aloof. This is what makes the breed a good guard dog.

The Rottweiler is a medium-large dog who’s powerful and muscular. Their coloring is always black with clearly-defined rust markings. Males are typically bigger than females, with larger frames and heavier bone structures. Females are smaller overall, but they’re still muscular and strong.

The American Rottweiler has a docked tail. The Rottweiler’s fur is coarse and straight with a medium-length outer coat. The undercoat is only present on the neck and thighs. The Rottweiler sheds moderately throughout the year.

You’ll find that the ADRK standards for Rottweilers call for a slightly bigger and heavier dog than the AKC standards.

The Rottweiler’s temperament is important to the ADRK standards and breeding protocol. The ADRK emphasizes that the Rottweiler be good-natured, placid, and fond of children. In Germany, Rottweilers should be good family dogs, but they should also be able to do calm, intelligent work. The ADRK wants their Rottweilers to be ideal guide dogs for the blind and disabled, security dogs, and police dogs.

In 1999, Germany banned all tail-docking and ear-cropping of dogs. The German Rottweiler, therefore, has a naturally long tail. This tail can appear in a variety of ways, as shown in the picture below.

Differences from American Rottweilers at a Glance

The Roman Rottweiler is also known as the Gladiator Rottweiler or the Colossal Rottweiler. Unfortunately, this is a case of bad breeding rather than an actual subtype of Rottweiler. Using the term “Roman” is also a misnomer, since the modern Rottweiler was bred in Germany. The Mastiff-type dogs used by the Romans as a herding breed that provided an ancestor for the Rottweiler no longer exist.

Breeders intentionally breed a larger and heavier dog than the breed standard calls for. This is harmful to the dog because it makes them much more susceptible to orthopedic problems, including hip dysplasia. They also are prone to snoring and overheating due to their large size.

This type of Rottweiler is not recognized by either the AKC or the ADRK. This is because they are typically much larger than either breed standard.

In some cases, the so-called Roman Rottweiler is actually a mixed-breed dog of a Mastiff and a Rottweiler.

What Exactly Is a Lycan Shepherd? Do They Exist?