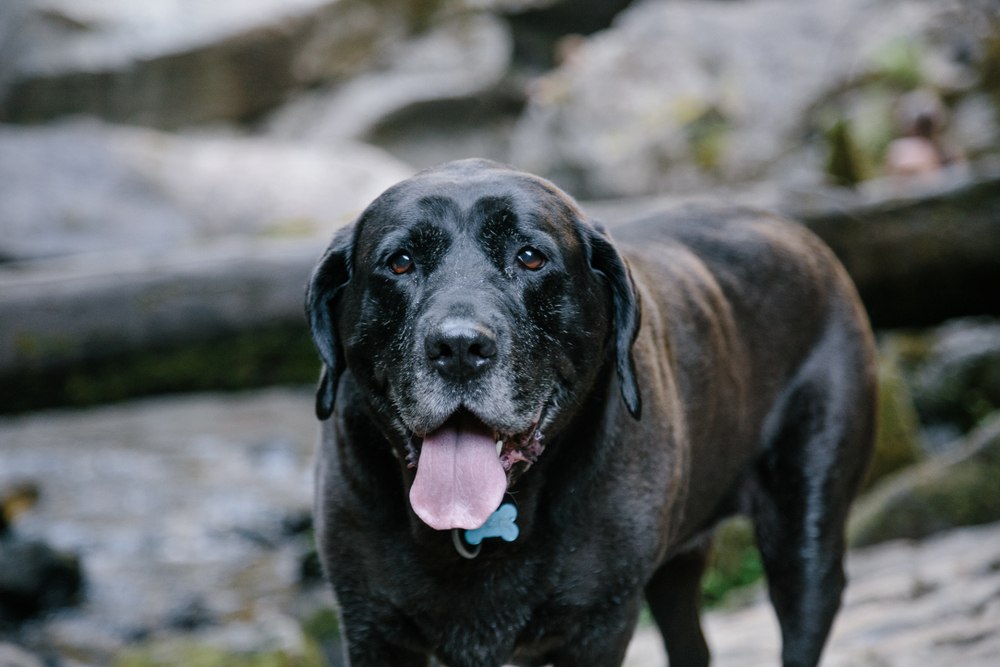 Whether you’ve seen it recently or not, the story of Old Yeller has probably stuck with you long after you finished watching. In the book, Old Yeller is described as a Black Mouth Cur, and you might be wondering if it was the breed of dog Disney used on screen.

It turns out the dog used in the famous movie was a Labrador Retriever Mastiff mix (Mastador); he was called Spike, and he almost didn’t get the role because everyone thought he was too much of a sweetheart. If you want to learn more about the different versions of Old Yeller, read on.

Black Mouth Curs are energetic, hard-working, intelligent dogs that are very loyal to their family. You can see why the breed was chosen as the main character of this story.

Black Mouth Curs were bred to work, and they were comfortable as livestock herders, hunting companions, and protectors. Thanks to their reputation for strength and loyalty, they’re becoming increasingly popular as family dogs. They are calm around older children, but their play can be rough, and they might not be well suited to families with small children.

Black Mouth Curs are sociable and can get on with other dogs, but they do better in a home where they are the only pet. They are also quite adaptable and can live in a house with a backyard or an apartment, as long as you have an outlet for their energy.

Black Mouth Curs are easily trained, but we suggest that first-time dog owners might not want to start their canine family with this breed. They can be a challenging due to their need for mental stimulation and exercise, and a pet parent who is new to training might struggle.

They need a trainer who will be firm but won’t get angry. Black Mouth Curs might be eager to please, but they’ll also get easily bored if the training session runs too long. Short, focused sessions are best.

In the 1957 film adaptation, the part of Old Yeller was played by a Labrador Retriever and Mastiff mix, also known as a Mastador or Mastidor, called Spike. They’re energetic, lovable pups that inherited their parents’ best qualities.

While the Mastador has existed naturally over the years, breeders wanted to mix the two parent breeds to minimize the health problems associated with inbreeding pure breeds.

Mastadors are a sweet, sensitive breed that can be fearful, shy, or even aggressive if mishandled. They can generally appear aloof around strangers, but they will be protective of the humans they love if they feel threatened.

Mastadors are large dogs, so be careful with your small children around them because a wagging tail could knock them over. They will tolerate other pets, especially if they’ve been raised together.

Mastadors are fairly easy to train, and they’ll quickly gain an understanding of a few commands. They love doing tricks and react well to rewards. They also do well with multiple trainers. However, they require one person to identify as their pack leader. Early training will help you encourage their protective behavior when appropriate and back down when you want them to. The earlier you train them, the better.

Spike was found in the Van Nuys Animal Shelter by a friend of Hollywood dog trainer Frank Weatherwax. Frank paid $3 for Spike and brought him home. Spike took to training well and enjoyed being part of the Weatherwax family, playing with their other dogs and children.

Connie Weatherwax, Frank’s wife, read “Old Yeller” by Frank Gibson in The Saturday Evening Post, which would later become a book. The description of the dog made her think of Spike. Later that year, the Disney company announced they had purchased the movie rights to Old Yeller, and Frank Weatherwax organized an audition for Spike.

Apparently, everyone was a little confused about how this friendly, goofy dog with huge feet would play Old Yeller successfully. He had to look vicious, and he looked the complete opposite. This is where Weatherwax’s training came in handy. Frank was able to make Spike growl and snarl on command before reverting to his usual, friendly self. And that’s how Spike went from being a shelter dog to a big movie star!

Old Yeller is a story about a dog that finds his family and, ultimately, dies to protect them. So, it’s clear why Spike was used in the film adaptation of Old Yeller. Both the Black Mouth Cur and Mastador are incredibly similar in more than just appearance. They’re loyal, brave, and love their families. Both breeds make wonderful family pets, and just like Old Yeller, they will love you to the very end.

Can Cats Eat Turkey? What You Need to Know!