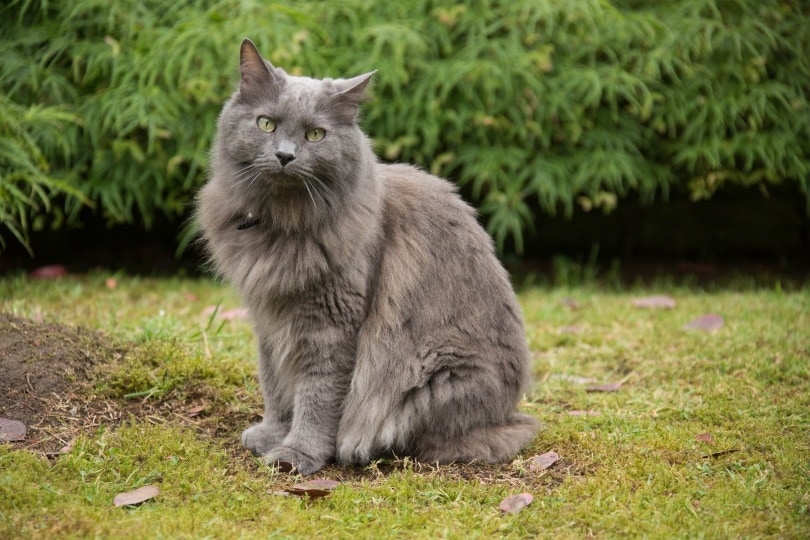 The International Cat Association (TICA) recognizes 73 breeds. Each one has its unique personality and traits. Unlike dogs, cats typically have served two purposes for humans: companionship and mouse hunters. However, many of them seem more in touch with their wild side than others. That makes them seem more exotic and intriguing. That fact probably fuels their popularity.

The challenge you’ll likely face if you want to get one of these exotic cat breeds is availability. You’ll likely also pay the price for the privilege. Nonetheless, that fact probably fuels the popularity of these pets. If you only think of cats as Siamese and tabbies, you’ll be surprised at what other breeds you can get. We’ve also included some legal cat species in the mix.

Disclaimer: Pet Keen does not endorse the practice of keeping wild animals as pets. This article is for informative purposes only.

The 14 Exotic Cat Breeds You Can Keep as Pets:

The Sphynx catches your eye immediately for its looks, with its oversized ears and compact body. The breed is also unusual because it has down instead of hair. They are active cats that make loyal and affectionate companions. They are intelligent animals that you may even be able to teach it to do simple tricks, provided a treat is involved, of course.

The Egyptian Mau hails from Egypt, hence, its other popular name, the Pharaoh Cat. It is a petite yet long-lived pet, sometimes reaching over 18 years old. It is a low-maintenance breed that gets along with almost anyone. Only occasional grooming is necessary. It is an affectionate cat that will share its love gladly.

The Nebelung is a rare find as one of the newest recognized breeds of the TICA. It is a gorgeous cat with a silky blue-gray coat. It is a quiet and gentle animal that is as affectionate as it is playful. This kitty prefers the company of its family and may not warm up to strangers right away. Some may call this pet a cerebral animal that takes its time to decide whether it wants to make friends with new people.

The coloration and its pattern give the Bengal its name. It’s no wonder, given its genetic link to the Asian Leopard Cat. This breed is people-friendly and a delight to have as a pet. As you may expect, it’s an active animal that is always on the move unless it’s naptime. This kitty does best when it either has a feline companion or lives in an active home.

The Turkish Van is a curious pet that needs an owner who can understand its unique personality. The breed’s origins go back to ancient Turkey. It is one of the few felines who like water. A study by the University of Helsinki identified this breed as one of the least accepting of other cats. That makes sense, given its closeness to its wild side.

The Ocicat is another exotic-looking animal that is sure to capture anyone’s attention with its beautiful coat. Despite its name, the breed originated in the United States. This cat is so lovable even with people that it meets for the first time. It is a playful pet that may remind of a dog with its behavior. It might even play a game of fetch with you or the kids.

The Abyssinian is an ancient breed with origins that go back to Egyptian times of pharaohs. It is a sleek and graceful animal that may remind you of a small mountain lion by its looks. It is another sociable pet that enjoys the company of its family, dogs and all! It is the Peter Pan of cats. It always stays in touch with its inner kitten.

The Toyger is another breed that will make you think of its wild counterparts. This one says Tiger all over it, with its distinctive striped appearance. It is a gentle animal with a sweet disposition that makes it suitable as a family pet. It is a medium-sized cat with an adaptable nature that makes it quite easy-going for a feline. It is also a vocal cat that always seems to have something to say.

Related: What Cat Breed is Hecker? The Surprising Answer!

The Savannah Cat is an outgoing pet that enjoys time to itself yet will willingly share its love with its family. It’s a large animal, relatively speaking. It is also intelligent, not unlike having a toddler in your home. If there is trouble around the corner, this cat is sure to find it, thanks to its curious nature. This pet needs mental stimulation to stay happy, making interactive toys an excellent option.

The Tiger might not be the first animal you think of as a pet. Nevertheless, many people do. You may be surprised to learn that more live here than in their native habitat. You can legally own one in Idaho or Louisiana, provided you have a permit. However, that’s likely to change soon. The species is endangered, according to the International Union for Conservation of Nature and Natural Resources (IUCN).

The Cana­dian Lynx is an animal of the cold, desolate forests of North America. Like many felines, it is a solitary cat that prefers its company instead of people. When it’s not chasing down Snowshoe Hares, it’s in the trees surveying its territory. The two species have a cyclical relationship, with noticeable patterns in prey animals. The Canadian Lynx is a species of least concern, according to the IUCN.

The Caracal is an animal of the plains and scrub forest of Asia and Africa. Its most noticeable feature is its large ears. It has a keen sense of hearing that allows it to hunt by sound alone sometimes. The Caracal is a nocturnal feline that is solitary most of the time. You can keep them with a permit in Florida or Idaho.

The Bobcat makes its home in the forests and mountains all over North America. It is a quiet and nocturnal animal that feeds mainly on birds, rodents, and other small mammals. While it’s a wild animal, the Bobcat sometimes adapts to the presence of humans and will live in populated areas. It may occasionally take livestock or pets as a result. They are legal to own in Michigan and Missouri with a permit.

The Ocelot is an adaptable animal that has increased its range in the wild in recent years. It is an active cat that may sleep less than domesticated pets. It is usually solitary but may form small groups in densely populated areas. It hunts by smell but also has keen vision. They typically take small mammals, with the occasional crustacean or fish. You can own an Ocelot in Florida or Texas with a permit.

Our fascination with the wild is evident in the animals we choose to keep as pets. While some exotic cats are legal to own in some places, we recommend sticking with the domesticated varieties. As you’ve seen, many are striking felines in their own right. They are also more affectionate and suitable for keeping in a home. Rest assured that your kitty is still very much in touch with its wild side.

Bring the desert inside your house with this adorable cat bed! The Hepper Cactus Cat Bed is a soft plush bed that will cocoon your cat. This cool bed is our product, and we hope you love it the way we do.

17 Prettiest and Most Beautiful Cat Breeds