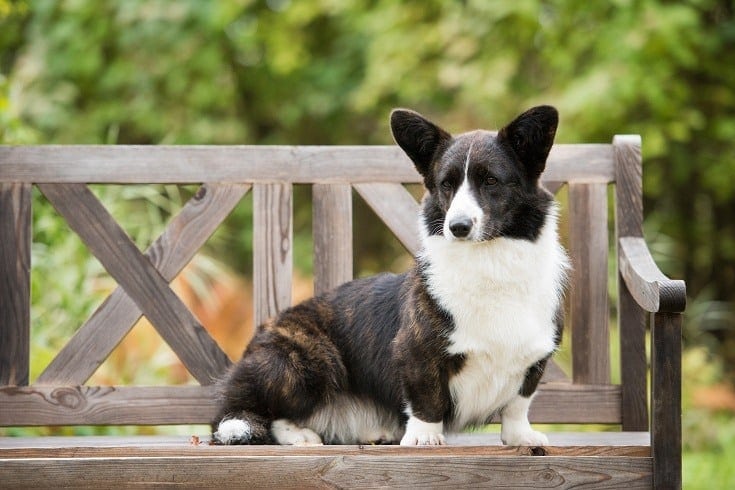 When most folks think of dog breeds originating from the United Kingdom, they’re most likely to conjure up images of the fluffy butt, large-eared Pembroke Welsh Corgi lounging around by the Queen.

However, there are a lot more Welsh dog breeds out there than you may think! Here is a list of all of the breeds that hail from Wales.

With a wiggle to her walk and a heart-shaped bottom, the Pembroke Welsh Corgi is one of the most popular dog breeds in the United States. But despite their popularity in America, this breed is also an icon across the pond and has been an important part of Welsh history for over 1,000 years. Despite her short little legs, the Welsh Corgi is an energetic, athletic dog that was bred for herding and guarding. Wary of new faces, your Corgi needs to be socialized from the get-go or else she may get overly territorial.

Second on our list of Wales dog breeds is the Welsh Terrier. Originally developed to hunt pests, including rats, foxes, and badgers, the Welsh Terrier is one of the oldest breeds from the United Kingdom. A working breed, this dog can be distinguished by his curly, tan, and black fur. Happy, lively, and energetic, the Welsh Terrier can thrive in both the country and city and makes a devoted family pet.

A close cousin of the Pembroke Welsh Corgi, the Cardigan is one of the oldest dog breeds from the British Isles. A loyal and loving breed, the Cardigan Welsh Corgi needs plenty of mental and physical stimulation to keep her happy. With a thick, fox brushtail and perky, upright years, the Cardi comes in a variety of colors, including brindle, red, sable, and black. Originally bred to herd cattle and sheep, this pup thrives on tasks and plenty of playtime.

Once a super popular breed, the Sealyham Terrier is now one of the rarest terrier breeds in the world. Originally bred in the 1900s by the wealthy owner of Sealyham House in Wales, this dog is tenacious, hardy, and tiny and was used to flush out otters from the river. Today, this low-energy and affectionate dog makes a great family pet. However, he can be stubborn, so efficient training is necessary for this breed.

An ancient herding breed, the Welsh Hillman became extinct in the 1990s. Thought to be the oldest type of Welsh sheepdog, it was a large, rangy dog that had a sandy, fawn, or red-gold coat. The last known Welsh Hillman was purchased in 1974. Lovingly called Jess, the dog was spayed before the owner realized how rare she was.

The Welsh Sheepdog is a herding dog from Wales. Bred for his agile herding abilities rather than for his good looks, this non-pedigree breed can widely differentiate in color, build, and size. Intelligent and extremely active, the Welsh Sheepdog needs tons of mental and physical stimulation to keep from getting bored. He can grow up to be around 45 pounds.

With colorful histories and loving personalities, these Welsh breeds of dogs make devoted family friends. If you want to have a genuine piece of Welsh history in your household, consider adding one of these pleasant pups to your home.