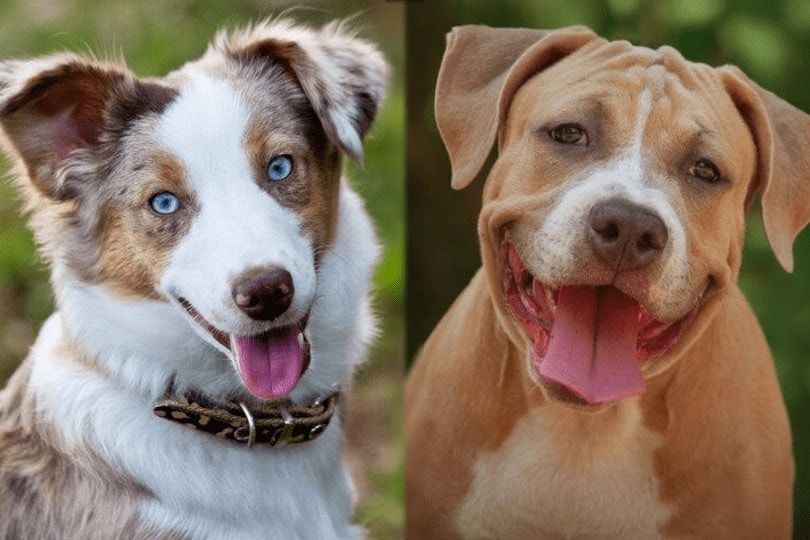 Do you dream of having a dog with a gorgeous coat and an energetic temperament like the Australian Shepherd while being loyal and bubbly like the beloved Pit Bull? If so, then maybe the crossbreed of these wonderful canines — the Australian Shepherd Pit Bull Mix — is the perfect dog for you. But beware, this cross also results in a rambunctious dog with tons of energy, which may need an experienced owner to fully develop into an amazing, well-rounded dog.

Given the great disparity between Australian Shepherd Pit Bull Mix breeders, it is not possible to know the exact price they will charge you for such a puppy. Indeed, the price range varies between $250 and $1,000. Some breeders may charge a higher price if the puppy is from a reputable line of an Australian Shepherd parent. Also, be aware that Pit Bulls are not yet recognized by the American Kennel Club (AKC).

Because of this, a “Pit Bull” parent is already a cross with other dog breeds, making it even more difficult to price the Aussie Pit correctly. Our recommendation? Look for dog shelters that welcome Pit Bulls, like Pit Bull Rescue Central or PAWS; with a bit of patience and luck, you might find an Australian Shepherd Pit Bull Mix in desperate need of a new home.

Indeed, the Australian Shepherd would not even come from Australia. According to a popular theory, it is Basque shepherds who brought their own dogs to Australia in the 19th century to guard sheep. Another theory suggests that these sheepdogs would rather originate from Turkey. Regardless, the Aussie Pit has rather eclectic origins!

2. His hunting instincts are highly developed.

This is not exactly a surprise, given that both parents are known for their strong prey drive. And even with a lot of socializing, it’s still hard to tone down an instinct so deeply ingrained in Aussie Pit genetics.

3. A bored Aussie Pit is a destructive Aussie Pit.

An Aussie Pit who is not sufficiently stimulated physically and mentally will tend to exhibit destructive behaviors. Indeed, he has a very poor tolerance for boredom and loneliness, so he really isn’t the dog for you if you can’t meet his high daily exercise needs.

The Australian Shepherd Pit Bull Mix is a very cunning, protective, energetic, playful, and athletic dog. Besides, since the breed of his parent Australian Shepherd was selected for their thinking and decision-making skills, expect the puppy to exhibit high intelligence and heightened awareness of injustice. This means that using violence and excessive punishment is useless to educate this dog: he will remember it, and you risk losing his trust!

So, to thrive, this dog needs an active lifestyle. Very protective, he can be wary of strangers, so care must be taken to socialize him from an early age, including with other dogs. The Aussie Pit has many qualities that beg to be developed through play, learning, and physical and mental stimulation. He loves to learn tricks and participate in various tasks: there are many training tutorials on the internet that show how to perform the exercises step by step.

The Australian Shepherd Pit Bull Mix can make a terrific family dog, but only if he is adequately trained and socialized. This is the case with most dogs, but due to the Aussie Pit’s high-level energy and exuberance, he will do best with early socialization. Then, he will be devoted to his family and loyal to his owner and will know how to tolerate small children running around. However, his large size can be a problem with toddlers as he can be rowdy. Therefore, it will be necessary to teach young children to behave with dogs of this size (which also applies to any other dog).

Keep in mind that the Australian Shepherd parent has a strong prey drive, which can obviously become an important personality trait of his offspring. So, your Aussie Pit may want to chase any small pets you have around the house, even if he was raised with them. Also, he usually doesn’t get along very well with other dogs, but that doesn’t mean he won’t. But just in case, it might be best if your Australian Shepherd Pit Bull is the only pet in your household.

High-quality dry kibble made specifically for medium to large dogs is perfect for Aussie Pits. We could give you the specific amount of food to give your dog, according to the instructions on the packaging, but this would probably be wrong: indeed, the amount of food depends on several factors, such as his daily level of exercise, his age, and his weight. In addition, the Aussie Pit tends to gain weight, so avoid overfeeding him.

It’s simple: don’t adopt an Aussie Pit if you’ve got more of the couch potato lifestyle. But, if you are ready to exercise more, then this crossbreed will surely help you reach your daily step goal! Indeed, before adopting an Australian Shepherd Pit Bull Mix, you must be ready to offer him a range of physical activities such as agility, Frisbee, or obedience classes. You’ll also want to assign him tasks that will make him feel useful. In addition, a long daily walk (at least an hour), and regular sessions of jogging and games are necessary for his physical and mental balance.

Training can be tricky, even if the Aussie Pit is brilliant. Indeed, he is able to learn new tricks quite quickly, but he can also show stubbornness. Additionally, if the Aussie Pit doesn’t have a firm, consistent owner, he will take the lead and position himself as the alpha. This is why this dog responds better to an experienced owner, who will know how to train this dog gently but firmly.

In any case, it is always better to encourage good behavior than to punish a bad one, and always be calm when training this type of dog. Indeed, your peaceful and reassuring energy will have a calming effect on this type of dog, which can sometimes get overexcited.

The Australian Shepherd Pit Bull Mix usually has a short double coat, which is not too difficult to care for. Regular good brushing to remove dead hair will suffice, and you may never need to trim it. He will tend to shed more hair with the change of seasons, like most dogs. Besides, the Aussie Pit does not need to be bathed frequently; on the contrary, it is better for his skin and his fur to bathe this dog only when it is indispensable (for example, when he comes back from a particularly messy walk).

The Aussie Pit can suffer from the same health issues as its parents, although crossbreeds tend to have more robust health than pure breeds. On the other hand, this is no excuse to skip the regular veterinary checks.

Here are some of the most common health problems that Aussies Pits suffer from:

There are notable differences between Australian Shepherd males and females: males have thicker, dense, and longer coats than females, and they have larger bones and stronger bone structures. On the Pit Bull side, the males are a bit bigger than the females. However, there is not enough data available on the Australian Shepherd Pit Bull Mix to come to a conclusion regarding sex differences.

Now you know a little more about the loyal and energetic Australian Shepherd Pit Bull Mix. Is this the right dog for you? Before making your final decision, you should know that the Aussie Pit is not necessarily a more difficult cross to train than another breed.

Still, it is better to expect a challenge and be well prepared than to welcome such a puppy into your home and realize after a few months that you cannot take care of it properly. But if you are an experienced dog owner, you already exercise daily, and have no other pets at home, then the Aussie Pit is sure to find a special place in your heart and your home. 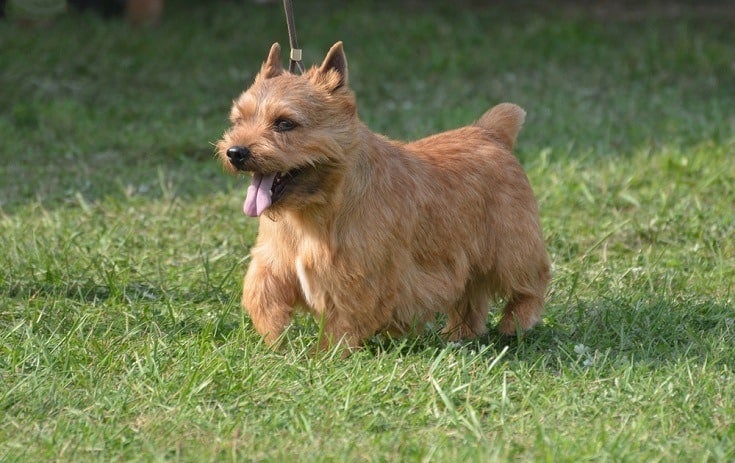 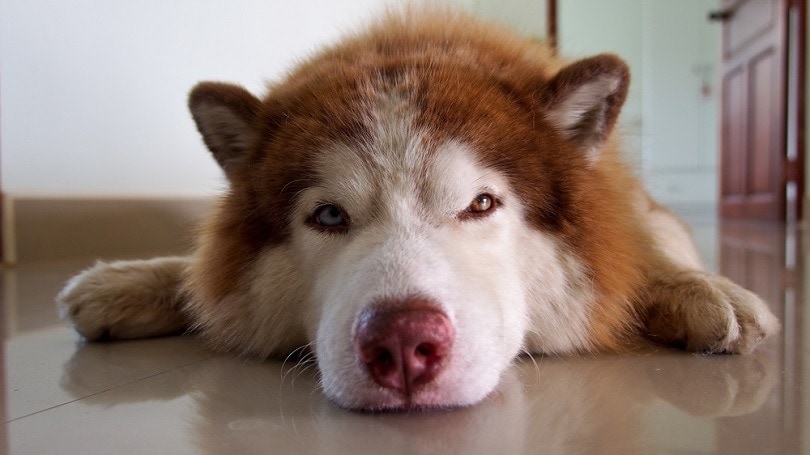 Can Dogs Be Autistic? What You Need to Know! 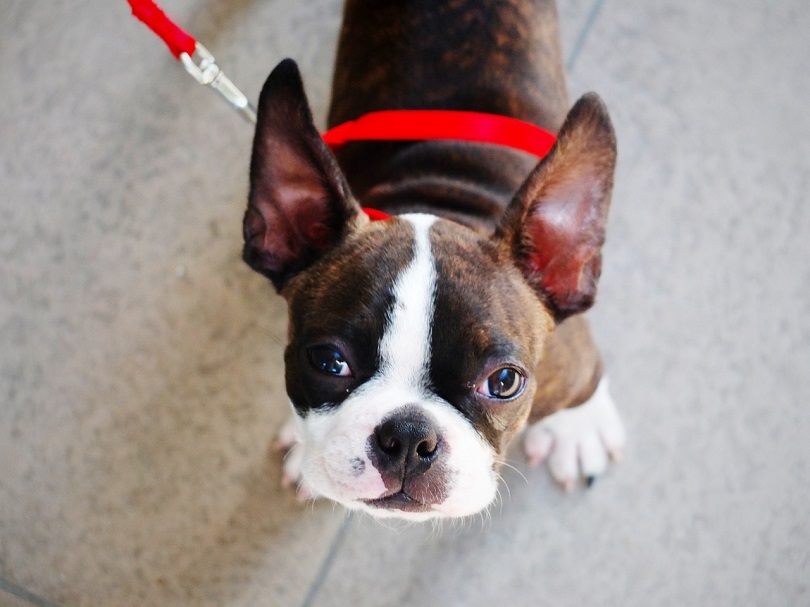 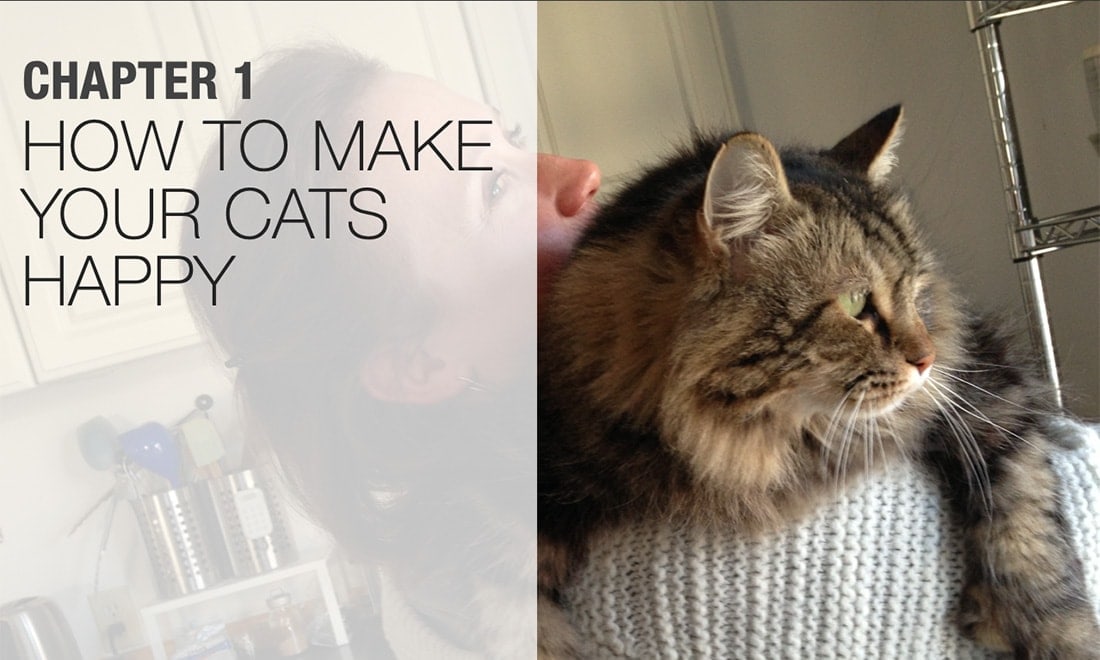 Learning About What Makes Your Cat Happy