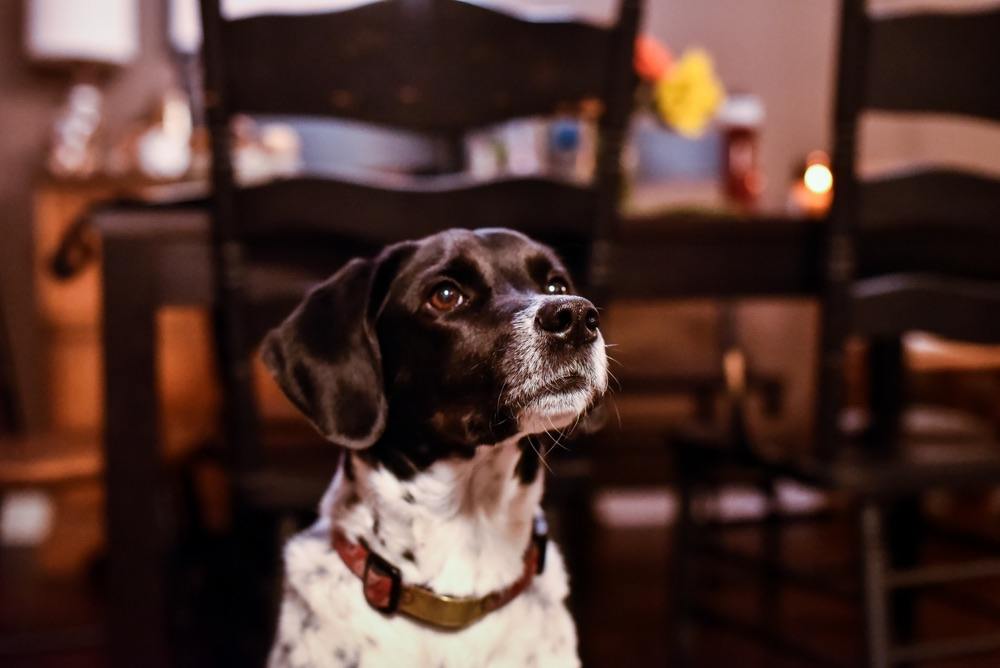 Less commonly but more entertainingly known as the Boingle, the Beagle Point combines the best attributes of two renowned hunting breeds: the Beagle and the German Shorthaired Pointer. Large, friendly, and highly energetic, these keenly alert dogs make friends easily and develop intense devotional bonds to their owners and families.

In fact, both of the Beagle Point’s parent breeds have a long history of being especially well suited to family life. With the Beagle’s even temper and merry disposition as well as the German Shorthaired Pointer’s unfailing affection, the resulting Boingle is a cheerfully eccentric family dog that’s sure to be loved by everyone in your home.

Are you think of making a Beagle Point a part of your home and life? Or perhaps you’re just interested in learning more about this unique breed? Either way, in each of the following sections we’ll be introducing you to an aspect of what it’s like to own and care for a Boingle – from their history and origins to the price of adoption as well as what you need to know about their health, nutrition, and exercise requirements.

Beagle Point Puppies – Before You Buy…

Even with their highly accommodating dispositions and general all-round friendliness, bringing a Beagle Point into your life is a serious commitment. Because of the relatively recent introduction of designer dog breeds, there is not nearly as much information available about the Boingle as most purebreds. That’s why it’s best to take a closer look at each of this designer dog’s parent breeds, so you may understand how their personalities and physical characteristics have combined in the uniquely situated Boingle.

A small hound that was originally developed for hunting hare – also known as beagling – the Beagle hails from the early 1800s Great Britain. Because of their incredibly keen sense of smell and spot-on tracking instincts, the Beagle is often found working in a professional capacity as a detection dog for imports, foodstuffs, and narcotics.

Exceptionally intelligent and even-tempered, the Beagle is one of the most popular dog breeds in the United States. Generally, neither aggressive nor mild, they make wonderful companion animals. Owing to their heritage as hunting dogs, however, most Beagles will be single-mindedly stubborn and determined, making them difficult to train. Traditionally kept as a pack animal, the Beagle will suffer from separation anxiety if left alone for long periods of time.

German Shorthaired Pointers, on the other hand, were bred as a versatile hunting dog capable of pursuit and retrieval both on land and in water. Intelligent but goofy, the GSP is cooperative and easily trained but prone to bouts of hilarious attention-seeking behavior. They’re mild and gentle with children, and perfectly suited as a family pet.

Thanks to their sporting heritage, the German Shorthaired Pointer will require a lot of exercise to keep them happy, healthy, and free of anxious energy. Like the Beagle, they are natural pack animals and should not be left alone for long. This makes them best suited for larger families and multi-dog homes, where they’ll always have someone to keep them company and work out their considerable stores of energy.

In the Boingle, you’ll see many of the matching attributes of the German Shorthaired Pointer and Beagle accentuated, while their individual personality traits take a back seat. This makes for a dog that is extremely family-oriented, needing fairly constant attention and affection as well as plenty of exercise and training. If you’re willing to put in the time and effort necessary to develop a healthy routine with your Beagle Point, they’ll reward you with huge amounts of affection and devotion.

Since both Beagles and German Shorthaired Pointers rarely sell for more than $1,500 without a seriously decorated pedigree, Beagle Points are usually found for sale in a range from $800 to $1,200. As a relatively uncommon breed, you may need to spend quite a while searching for a reputable and responsible breeder for this dog.

3 Little-Known Facts About the Beagle Point

1. The Beagle Point can be a great watchdog.

While both the Beagle and German Shorthaired Pointer are friendly and sociable dogs that won’t make for good guard dogs, their Boingle Offspring combines both of their watchful and alert attitudes to become an excellent watchdog. With their keen senses of smell and sight, they can detect intruders from a great distance and alert you by barking.

With the Beagle’s nose for scents and single-minded determination and the German Shorthaired Pointer’s athletic build and great endurance, the Boingle is a fantastic hybrid hunting dog. Though it lacks the specificity of tracking or sighting found in either of its parent breeds, this also means that the Boingle loves going out into the woods for long hikes with its owners.

Since both of its parent breeds are prone to separation anxiety, the Beagle Point is doubly at risk of developing destructive behaviors when left alone. Add to this the parent breeds’ tendency to wander off and explore, and it’s best to always keep your Beagle Point on a leash when outdoors, and with friends and family while you’re away from home.

Temperament & Intelligence of the Beagle Point

Seemingly comprised of equal parts intelligent, silly, and determined, there’s never a dull moment when you own a Beagle Point. It’s a good thing, then, that they’re also incredibly friendly, gentle, and sociable! In short, a Beagle Point will be at its happiest when it’s constantly surrounded by friends, family, and other dogs – and intensely unhappy if it’s left alone without much of anything to do.

Are These Dogs Good for Families

Coming from two dog breeds with traits specifically developed to help them fit into families, the Beagle Point makes for a fantastic family pet. Children young and old will appreciate their playful and affectionate natures, and the Boingle will be equally appreciative of having plenty of people to keep them company and play with.

In fact, the Beagle Point is one of only a few designer dog breeds that really shouldn’t be adopted unless you have a family and plenty of room for them to roam. Their nervous anxiety is triggered by alone time and small spaces, so having a family and a yard is almost a necessity to keep your Boingle happy.

The Beagle Point is tremendously sociable with other dogs but incompatible with small animals like cats, rabbits, and rats. Simply put, their hunting and tracking instincts are too strongly embedded in their DNA to let them get along nicely with prey animals.

Things to Know When Owning a Beagle Point

By now, you might be thinking that the Beagle Point sounds like an ideal pet for your home and family. If so, we recommend studying up on everything that you’ll need to know to take care of them throughout their considerably long-lasting lives:

A medium- to large-sized dog with the appetite of a giant, Boingles will easily eat you out of house and home if you don’t keep an eye on their food intake. A daily diet of three cups of high-quality dry dog food, split into three meals throughout the day, will provide them with plentiful nutrition while not putting them in danger of excess weight gain or obesity. Choose a dog food that’s appropriate to your pooch’s age (puppy, adult, or senior) to make sure they’re receiving appropriate nutrition throughout their entire life.

With both of its parent breeds requiring copious amounts of activity and exercise, the Beagle Point is no exception to this same rule. Anywhere from one to two hours of moderate to intense physical activity will keep them healthy and happy and sufficiently tuckered out enough to not display any destructive behaviors. It cannot be stressed enough with this breed: adequate exercise makes the difference between a well-behaved dog and one that demonstrates destructive tendencies and disobedience.

Early life socialization and puppy obedience training are essential to a Beagle Point’s ability to be trained later in life and should be attended to by a professional if you’re not experienced in those areas. Once they have a solid base of early life training, the Beagle Point will be eager to please and quickly take to new tricks and exercise routines.

Daily brushing is necessary to keep the heavy shedding Beagle Point’s coat looking healthy. Combine this with monthly toenail clippings, weekly teeth brushings, and the occasional bath, and they’ll remain happy and healthy throughout the entirety of their long lives.

Though both of the Boingle’s parent breeds are prone to hereditary health problems, this designer dog is lucky enough to avoid many of the more serious conditions that could be passed down. Still, the following conditions may arise during their lives:

For both the physical traits and personality characteristics of a Beagle Point, puppies are easier to identify based on which of their parent breeds they take after rather than which sex they are. Still, female Boingles will tend to be smaller and lighter than their male counterparts, while the males have been noticed to be more easily socialized as puppies.

Heir to two great hunting dog legacies, the Beagle Point is a tremendously friendly designer dog breed. Perfectly suited to life in a large family home with a sizable backyard, their goofy and playful natures have made them a favorite of children, teens, and adults alike. If you have plenty of time to train, exercise, and play with them, they’ll quickly become a lifelong companion to you and your family.