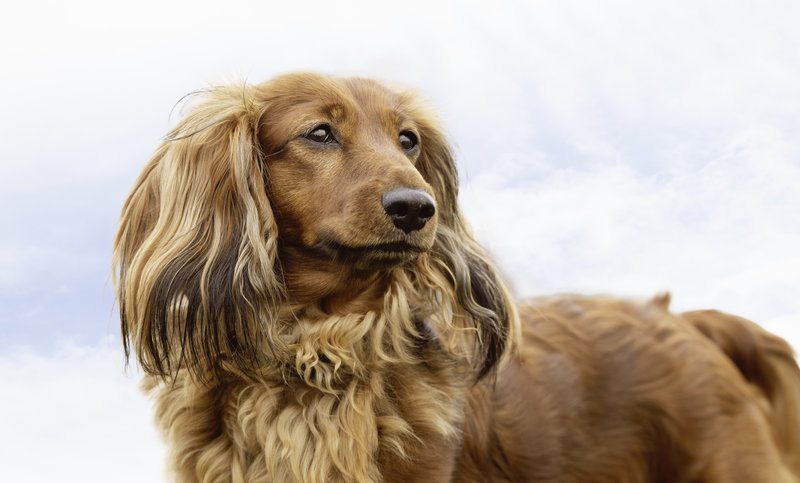 Also called a Doxie or Doxie Spaniel, the Docker is a mixture of a Dachshund and a Cocker Spaniel. Dockers are technically a designer breed, but they also commonly turn up in shelters as natural mutts. These small dogs love to explore new places, be near their owners, and chase birds, squirrels, and balls.

Since both its parents were bred as hunting dogs, a Docker has a natural drive to run, jump, and accomplish goals. It’s likely to get anxious without humans around, so it’s not a breed for owners who can’t spare time to play.

If you think a Docker sounds like your perfect pet, read our in-depth guide to learn everything about this up-and-coming breed.

Docker Puppies – Before You Buy…

What’s the Price of Docker Puppies?

If you want a Docker that’s been carefully bred to display the best traits of both its parents, expect to pay somewhere in the neighborhood of $1,000. Since Dockers are a newer breed that isn’t yet recognized by the American Kennel Club, there’s very little standardization. So, breeders in your area could charge a lot more or less.

However, since there’s not yet such a thing as a purebred Docker, you might not have to pay breeder fees at all. If you check your local shelters regularly, it’s entirely possible you’ll find a sweet, adorable Dachshund/Cocker Spaniel mix. For nothing but an adoption fee, you get a new Docker friend, and the pup gets a forever home — it’s a win-win!

1. Dachshunds Were Once Mighty Hunters

“Dachshund” is German for “badger-dog.” In their native Germany, Dachshunds were bred to flush small animals (like badgers) from their holes. This explains both their sausage-like shape and their love of burrowing and digging. If you can’t find your Dachshund or Docker around your house, it’s probably under the covers of somebody’s bed.

Today, Dachshunds are nicknamed “sausage dogs,” but the real story went the other way around. In the 1860s, a German immigrant to New York City sold “dachshund sausages” out of his street cart, an invention that hit the big time when an entrepreneur imported them to Coney Island.

3. Cocker Spaniels Inspired an Invention of Their Own

Today, Cocker Spaniels are best known for hanging around with presidents, princesses, and movie stars, and for starring in Disney’s Lady and the Tramp. But they’ve got a glorious history of their own, including starting out as hunting dogs. One of the best moments for a Cocker Spaniel outside Hollywood came when inventor Paul Sperry based his namesake boat shoes on his pet Cocker’s grooved paw pads, which let them maintain traction while running on ice.

Temperament & Intelligence of the Docker

Dockers are an adorable mixture of mighty hunters and shameless cuddle bugs. When you’re home, your Docker will want to be with you no matter what you’re doing. They love to go on hikes, play fetch, or snuggle by the TV, but you should also be prepared for them to “help” you cook, or trot ahead to escort you from room to room.

Dockers need to spend a lot of time with their owners, and frequently get nervous and upset when left alone for too long. This makes them a poor choice for single people (unless you work from home), but great for large family houses, where it’s more likely someone will always be on hand to keep them company.

If you plan to introduce a Docker Dog into a family with young, vocal children, it’s critical that they start getting used to it as a puppy. Dockers have an independent streak, especially the ones with more Dachshund blood, and they like getting their way. If a child thoughtlessly grabs or yells as them, they’ll respond with snapping and growling.

Docker Dogs are loving and affectionate with older children who know how to control themselves better. Early socialization and training will still pay off, though. Beware that Dockers also fancy themselves guard dogs, so there’s a high probability of nighttime barking and yapping at strangers.

Just like with human children, Docker Dogs can happily socialize with other dogs so long as they’re taught from a young age to not feel threatened. A Docker is a natural pack leader who will spur your other dogs on when it’s playtime.

Take care with smaller pets, though. With two hunters for parents, most Dockers never completely lose their chasing instinct. If you have a very small cat, a house rabbit, a guinea pig, or any other small, free-roaming pet, a Docker might not be the best choice right now.

Things to Know When Owning a Docker:

Dockers are easy to feed. As long as you pick a high-quality dry kibble made from meat and vegetables, and keep gluten and by-products to a minimum, they’ll be happy. Feeding your Docker shouldn’t cost much more than $50 every month.

An adult Docker eats about two cups of dry food a day. Like all small dogs, obesity is a big concern, so we don’t advise leaving food out when it’s not mealtime. Make sure to serve meals consistently and use a gravity feeder if your Docker eats too fast.

Dockers are high-energy puppers. Especially when little, they can happily walk miles every day, though you don’t necessarily have to push them to their limit to keep them happy. That said, neglecting to exercise your Docker can make it anxious and disagreeable until it gets its walk.

Take your Dachshund Cocker Spaniel Mix walking for at least 45 minutes every day and engage in frequent intentional play sessions. Remember, Dockers love to chase, so balls and motorized toys are a great way to keep them happy.

It’s well-known that Dockers like to do things on their own terms, but fortunately, they also love to make their owners happy. Initially, their stubbornness can make housebreaking and obedience training hard.

However, with patience and consistency, they’ll come to see you as their hunt leader. Once that happens, your Docker will turn all its intelligence and will toward making you happy. A properly socialized Docker can even be trained as a therapy dog.

Dachshunds have short, coarse coats that make it easier to fit down holes, while Cocker Spaniels have soft, flowing coats. This combination leads their Docker puppies to inherit medium-length coats that tend toward the short side.

The more Cocker Spaniel it’s got, the more it will shed, and the more brushing it will need. A more Spaniel-like Docker will need a daily brushing, while a more Dachshund-like Docker can get by on as little as once a week.

Shorter coats are easier to groom but have their own trade-off: dogs with shorter coats are worse at handling changes in the weather. If your Dachshund Cocker Spaniel Mix looks more like its Dachshund parent, consider bundling it up for winter walks, and be sure to follow best practices for keeping it cool in the summer (lots of water, staying off hot pavement).

On average, Dockers are healthy dogs with long lifespans, benefitting from hybrid vigor. However, they can still suffer from certain health conditions, especially if they had purebred parents.

More Dachshund-like Dockers are at risk of canine disk disease, which involves vertebrae disks pressing against the spinal cord, causing serious pain and possible paralysis. If caught early, disk disease can be treated with medication and crate-rest, but more advanced cases might require surgery.

Diabetes is another illness common to Dachshunds. Dockers suffering from early diabetes will eat, drink, and pee more, yet still lose weight. Like in humans, doggie diabetes can be treated with daily insulin injections, which give your Docker a great chance at a normal lifespan.

Hypothyroidism is a possible malady in more Cocker-like Dockers. Hypothyroidism can cause your dog to act depressed and anxious, gain weight, and lose hair. The best way to treat hypothyroidism is to catch it early, so make sure to always ask your vet during regular checkups.

Hip dysplasia can create lots of pain and an awkward walk resulting from a malformed hip joint. Dockers that look more like their Cocker Spaniel parent can begin showing symptoms of hip dysplasia while still puppies. Hip dysplasia can be treated with surgery and physical therapy.

On a less serious note, Dockers’ eyes have a tendency to dry out quickly. Check their eyes every day for grit and foreign objects to make sure they don’t get irritated.

Lastly, most small dogs have poor oral hygiene, and Dockers are no exception. Brush your Docker’s teeth every day.

As they’re still an unofficial mixed breed, Dockers’ personalities can vary widely depending on which of their parents they take after more. This makes a much bigger difference than whether your Dachshund Cocker Spaniel Mix is male or female.

Between sexes the major change is that male Docker Dogs are slightly larger, reaching heights of 11 to 15 inches and a weight of 25 to 30 pounds. Female Docker Dogs tend to grow anywhere from 9 to 13 inches tall and weigh between 20 and 25 pounds.

The fact that they’re not yet a kennel-registered breed is both the best and the worst thing about Dachshund Cocker Spaniel Mix. It’s the best because you can adopt Docker Dogs from shelters and because they enjoy a hybrid vigor that second-generation purebreds don’t.

Yet it’s also a problem because you can’t nail down a Docker Dog’s personality right off the bat. However, we’d like to propose that that’s not a bad thing. Part of the adventure of owning a dog is getting to know them, falling in love with them, and learning how to fit their wild, crazy life into yours.

You’re never quite sure what you’re getting with a Docker, but you know it’s going to be good. 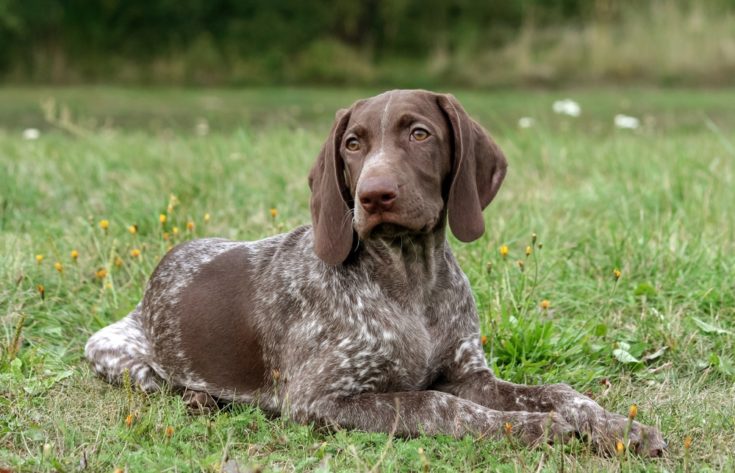 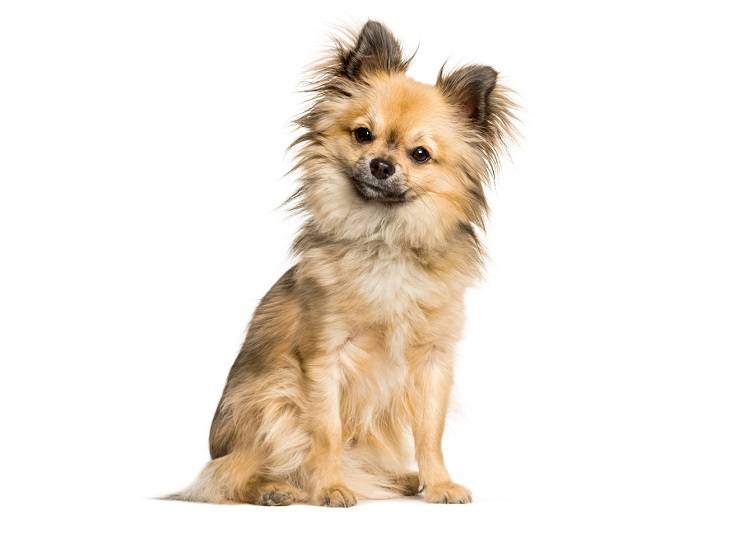 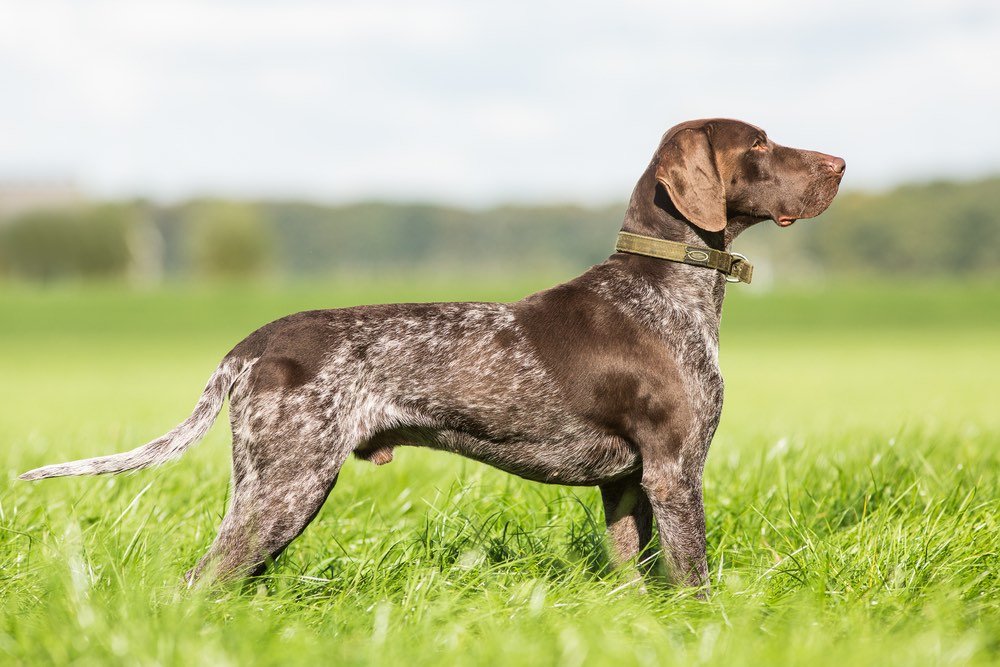