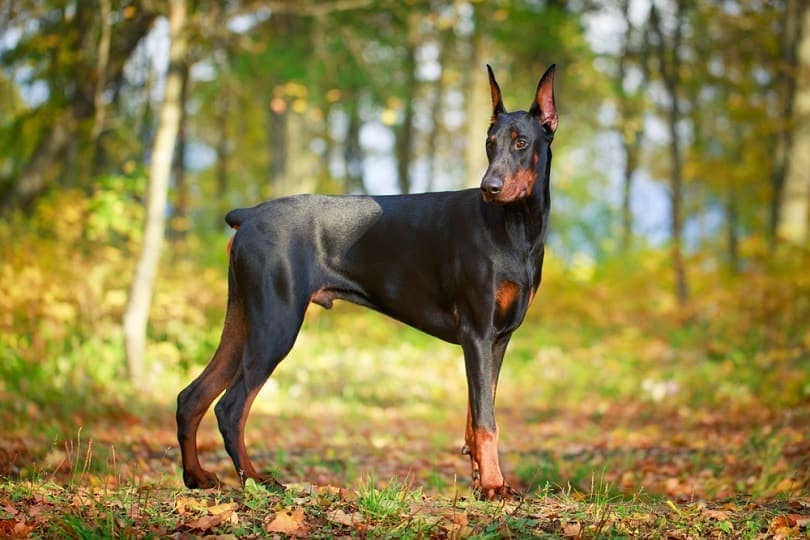 Doberman Pinschers are serious-looking dogs who have a compact build, keeping them muscular but agile. They stand between 24 to 28 inches, measuring from their shoulder. The coat is sleek and dense and a typical rust coloration, but it can also be black, red, blue, or fawn.

Many people swear up and down by the reliability and excellent family nature of the Dobs. Some people who love the companionship of Dobs might also be interested in other breeds who are similar in looks and most importantly, personality. Luckily, there are quite a few dogs out there who fit these criteria.

The Pharaoh Hound is unique in their appearance, having a thin face and tall, pointed ears. Their lithe build might look breakable but they are still powerful dogs. They are slightly shorter than Dobermans, reaching 23 to 25 inches tall from the shoulder down.

This breed is one of the oldest currently recorded, having been developed in Egypt for the Pharaohs 5,000 years ago. They have not changed much and are still kept as a fast hunter. Much like Dobermans, they have a proud and noble air about them even though they are still quite friendly. They are smart, independent thinkers who enjoy their family but are not extremely high-maintenance dogs.

The German Shorthaired Pointer is a German-bred dog, just like the Doberman. They have a sleek and short coat and a streamlined, thin body type. Their coat and ears are the major differences in appearance when comparing the two breeds. The German Shorthair has a liver-spotted coat of brown, grey, or cream spots on a white body. Their ears are floppy and soft, instead of pointing up.

This breed is attentive and a loving companion to all their family members. One of the most important aspects to keep in mind with these dogs is not to underestimate their energy levels. To have a happy and healthy dog, they need a great deal of activity.

Weimaraners are similar to the German Shorthair Pointer and the Doberman. They are known for their silvery-grey coloring covering their entire body. They were initially a hunting dog who now loves to be part of an active family. They have graceful, long legs leading up to a shorthaired, muscular body.

This dog breed is known for being extremely affectionate, always wanting to be close to their family whenever they are around. Again, don’t take the purported activity requirements for granted for this dog, as they will not otherwise make for a happy fur friend. They prefer situations where they can run long distances or get plenty of activity.

Standing at 22 to 25 inches high, these pups might not look that similar to the Doberman, but their temperaments are similar. They were initially bred in Hungary as a pointer and retriever. They have a noble bearing, belonging to a league of aristocratic-like pups. They are tall and thin with a muscular build and are typically golden-rust colored and have droopy ears.

This dog breed is known for being extremely affectionate, always wanting to be close to their family whenever anyone is around. Again, don’t take the purported activity requirements for granted. These dogs prefer situations where they can run long distances or otherwise get plenty of activity.

Rottweilers don’t have a great reputation for those who are unfamiliar with the breed. However, unless they are trained to be that way, their instinct isn’t to be wary or aggressive toward strangers. They are well-known for their black and tan markings, giving them a similar color pattern to the Dobermans. However, their body type is quite different, having solidly muscular builds, a large head, and shorter legs.

Their temperament is what makes them the most similar to that of a Doberman. They are intelligent dogs, which makes them independent thinkers, and they can sometimes be more aloof. They are incredibly loyal, though, and can be affectionate dogs with their family and others.

An Australian Kelpie is not a well-known dog in most of the world. However, they have a similar body shape to the Doberman Pinschers, with slightly longer hair and larger faces. They have large, pointed ears and a happy face. Even though the dogs are thin and look like they want a fun time, they have a strong work ethic. Coupled with their cleverness, they are capable of taking on many different tasks, and working suits their energy requirements. 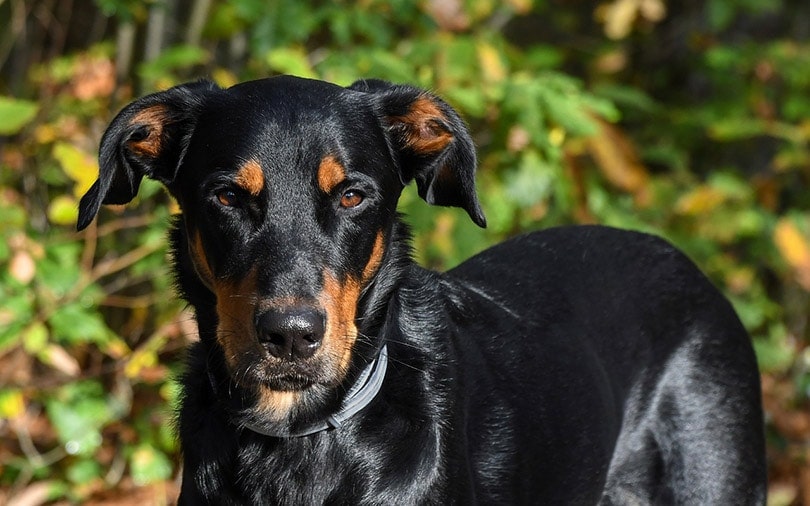 The Beauceron originates from France, a herding dog typical to sheep and cattle farms. They were even used by the French during the World Wars to take messages because they are so intelligent and obedient. Dogs with pointed ears might be mistaken for a Doberman Pinscher because their coloring, sleek coat, attitude, and size are similar.

These pups are muscular, having a slightly thicker build and longer hair than the Dobermans. This pup is another with a graceful and stately air; they are fast and powerful but always balanced and composed.

The Miniature Pinscher, as you can imagine, looks almost the same as the Doberman, just in a miniature size. This little pup only comes to 13 inches at a maximum. It was initially bred to be a ratter and crossed with several breeds to obtain the desired temperament and size. The dog has a smooth, sleek coat and is quite proud.

The noble temperament of Dobermans is a little lost in this dog, whose fearless attitude can lead to them suffering from small dog syndrome. However, if you enjoy the Doberman’s spirit and appearance but want something smaller, the Miniature Pinscher is a great option.

The most significant part of finding a similar dog to the Doberman is to look for breeds with an aristocratic air. Their noble breeding and stance set this pack of dogs apart from the rest.

A Doberman Pinscher is a one-in-a-million dog breed, incomparable for some devoted owners. However, if it doesn’t seem to work out to get a Doberman or you would like to try another breed, there are other suitable ones out there. 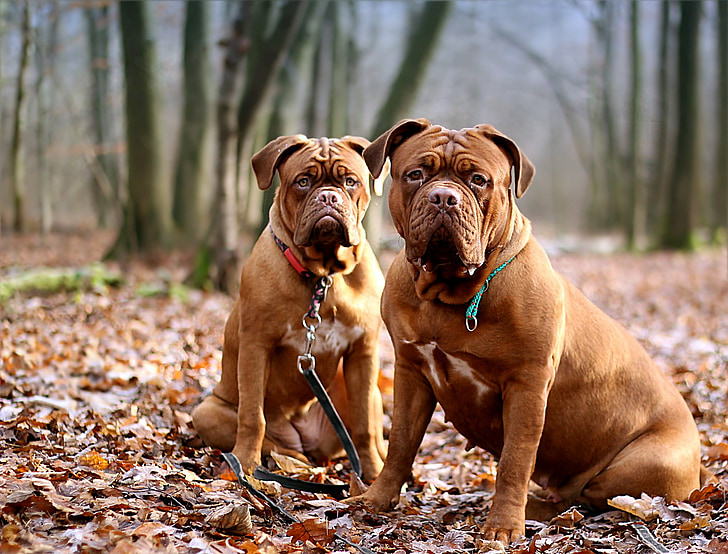 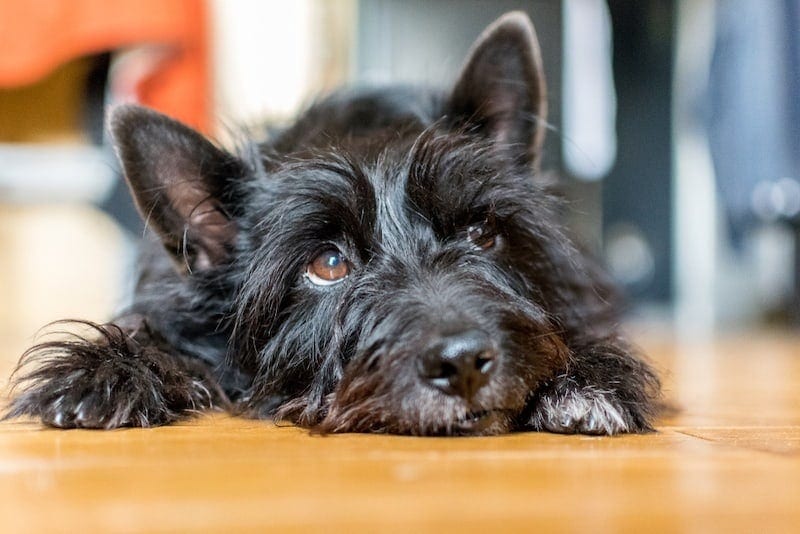 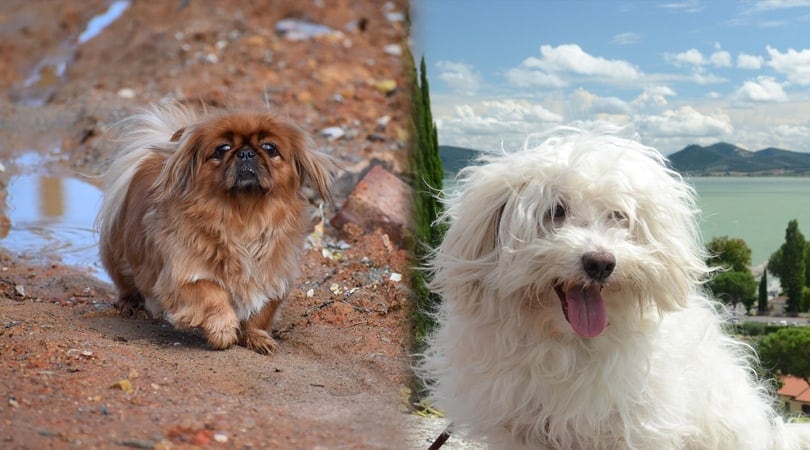