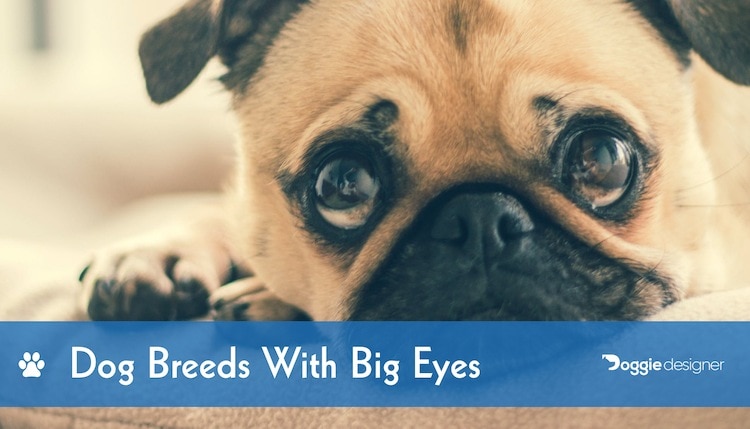 There are quite a few reasons why dogs are so cute: their floppy ears, wrinkly faces, plush coats, long tails…we could go on and on.

But let’s face it, people always talk about “puppy dog eyes” for a reason — their peepers are absolutely irresistible.

It stands to reason, then, that dogs with larger eyes would be among the cutest animals on the planet — and the list below will do absolutely nothing to dispel you of that notion.

The 14 Dog Breeds with Big Eyes:

Pugs seem to constantly be running a contest to see what can stick out farther, their tongue or their eyes. These bug-eyed pups are silly and playful, but it’s hard to respect them when their eyes seem to be looking in multiple directions at once.

Bostons are often confused for Pugs, but their features aren’t quite as prominent. They still have massive eyes, though, and in fact, the Guinness Book of World Records currently recognizes a Boston Terrier as having the biggest dog eyes on the planet.

These pups don’t have eyes that bulge out like Pugs or Bostons, but what makes their peepers look so big is the fact that they’re deep and soulful. They take full advantage of this fact as well, and you can easily lose a whole afternoon locking eyes with the Cavalier King Charles Spaniel sitting in your lap.

Often confused for the more-common Jack Russell Terrier, the Parson Russell Terrier has slightly larger eyes. They’re dark and mysterious, and they often look like they’re harboring some deep secret — one that would no doubt get them in trouble if you ever found out.

It’s not necessarily that Chihuahuas have big eyes — it’s just that they have such tiny little peanut heads. Every feature on their face seems oversized in comparison to their tiny domes, but their bug eyes will likely draw your attention before anything else does.

The Beagle’s eyes aren’t as big as they seem, but when they’re staring up at you with a doleful look in them, you’ll find yourself powerless to resist. They know exactly how to use their puppy dog eyes to their advantage — which is strange because this isn’t a particularly intelligent breed.

Everything about a Great Dane is big, so of course, they’re a dog breed with big eyes! However, it’s not their size that affects you so much as their personality. Great Danes always look like they’re about to impart some ancient wisdom upon you — but then you realize that was only a distraction to allow them to finagle their way into your lap.

Like the Chihuahua, the Japanese Chin doesn’t have big eyes so much as it has a ridiculously tiny head. The effect is the same, though, and the fact that their sockets are turned slightly outwards only adds to their bug-eyed appearance.

If you grew up watching Looney Tunes, you may not realize these dogs have eyes at all (until they lift up their bangs to punch that ol’ wolf in the mouth, that is). However, Olde English Sheepdogs have dark, deeply-set eyes that are constantly monitoring their surroundings for any signs of trouble (like a shipment from the ACME Corporation).

Basset Hounds are another breed whose eyes have more personality than size. These droopy-eyed pups always look sad — but that’s just a ploy to convince you to give them another treat, or perhaps to scratch their ears just a little more…

Like Great Danes, Saint Bernards have big eyes because they have to match the rest of their body. These massive pups have rich, chocolate eyes that can melt your heart with a glance — which is good because these klutzes spend a lot of time apologizing for accidentally demolishing everything in their paths.

The Scottish Deerhound has a long, pointy nose that ends in two massive brown eyes. The eyes are offset by bushy eyebrows and some long nose hair that only draws more attention to them. Their whole appearance gives them a wizened look, like they’ve been around for centuries and want to share their secrets with you (like how it was actually the cat that chewed up your shoes).

These little pups have eyes that jump right off their faces at you, largely because they’re parked right under a shock of white curls. They’re extremely smart dogs — some might even accuse them of being manipulative, given how well they use those eyes of theirs.

You’ll have to take our word for this one. If you move the Shih Tzu’s hair out of his eyes, you’ll see that he’s hiding a pair of massive orbs under there. Seems like a waste to have giant eyes and only ever get to see your own bangs, though.

The Eyes Have It

If you’re easily manipulated, you’ll want to avoid the big eyed dog breeds on this list at all costs. Discipline will go right out the window once they realize how they can melt your heart with just a glance.

Then again, isn’t the whole point of owning a dog to have your heart melted on a regular basis? 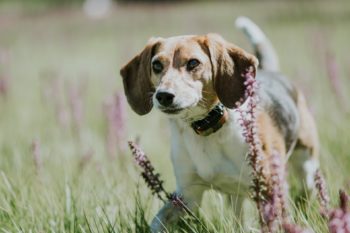 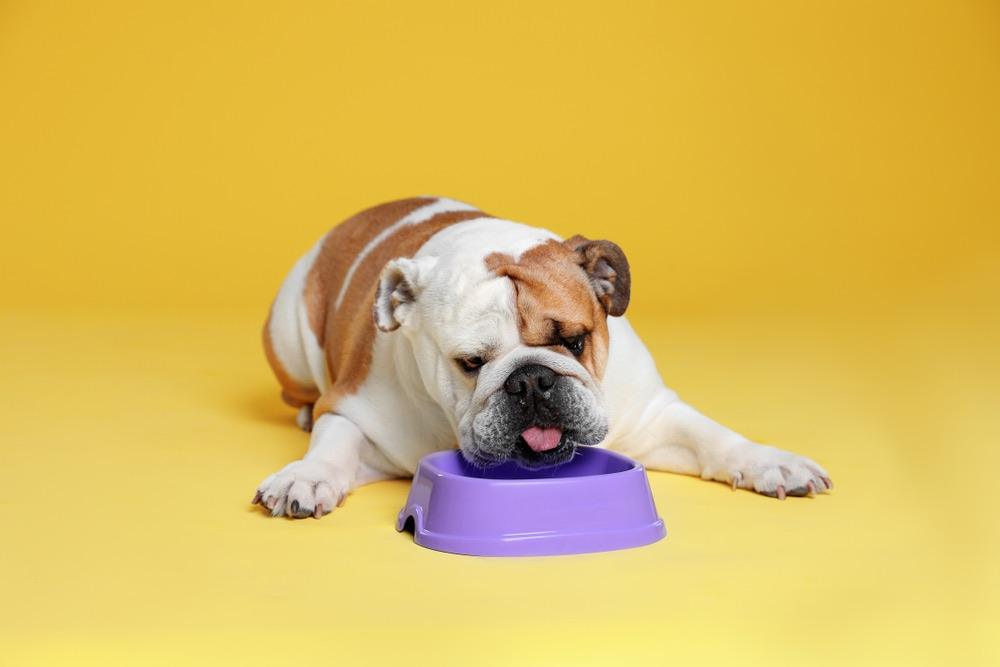 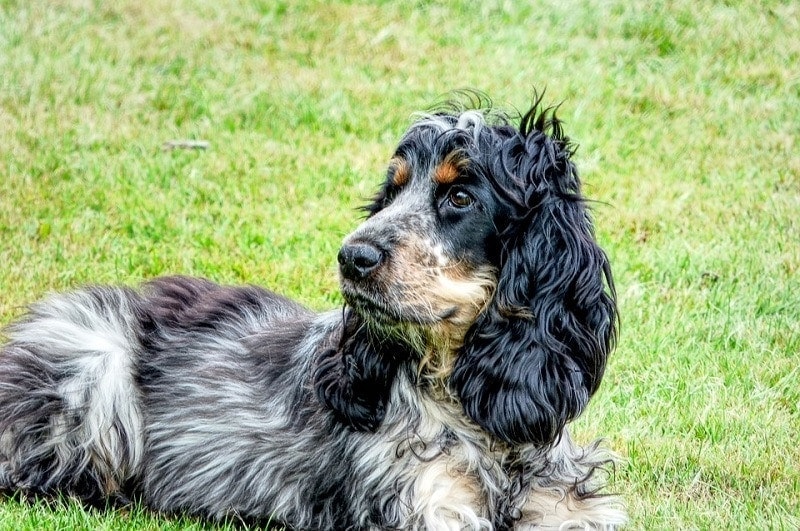 59 Dog Breeds That Start With C | Complete List (with Pictures) 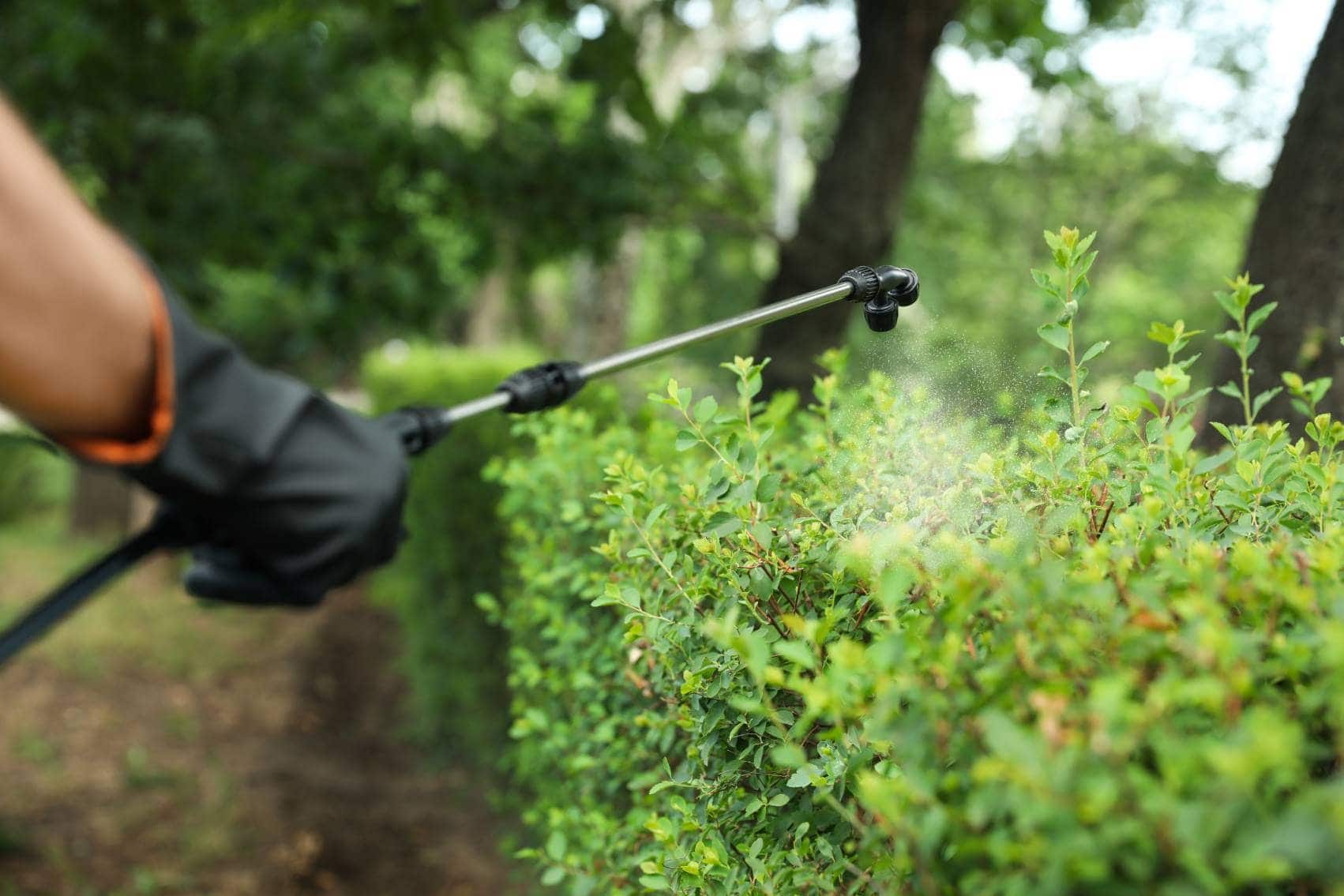