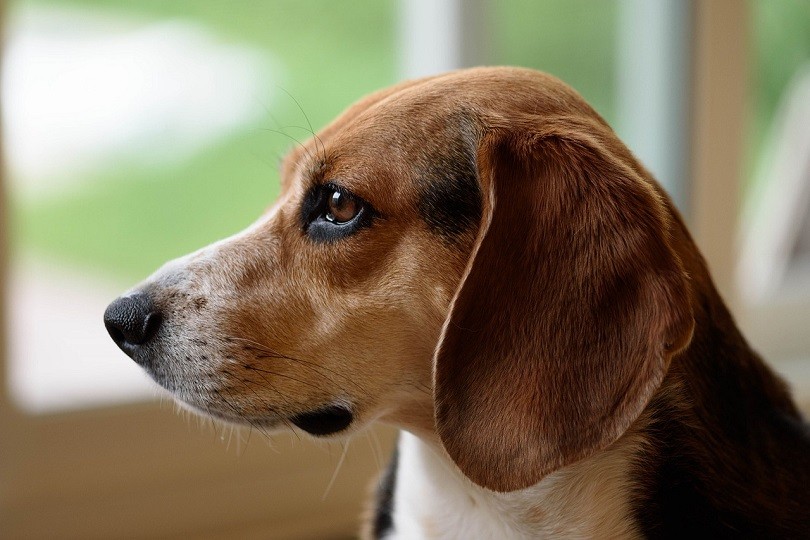 Beagles are small and highly lovable dogs. They tend to be quite active and are known to be one of the best dogs for families because they get along well with kids and adults. They are a type of hound, which means that they have a stubborn streak in them that may require an experienced trainer.

If you consider Beagles your kind of dog but can’t find one available at a shelter or with a breeder you want to buy from, consider dogs who look and act similarly. You might find that one of these breeds quickly steals your heart away.

In appearance and personality, the American Foxhound is one of the most similar dogs to the Beagle. They look like a larger sized Beagle, standing at 19 to 25 inches, where the Beagle only comes to 13 to 16 inches. They are easygoing and quite friendly, much like the Beagle.

They are another member of the hound family and share the stubborn trait that may require obedience classes to keep them out of trouble. The Foxhound was initially developed as a hunting dog. They can be quite lazy but then suddenly jump up to play with the kids, run around outside, or learn new games.

Most of the dogs on this list are members of the hound family because they only vary slightly in their appearance and personality. The Basset Hound is among these, best known for their squat body and low-hanging ears. This hound is reputed to have a fantastic sniffer, able to pick out any scent and track it.

They have similar markings to a Beagle but thicker-set bodies. They appear to be a thoughtful and deliberate breed, but they do enjoy a good playtime. They struggle with obesity and need to be monitored carefully to keep them healthy.

The American English Coonhound is perhaps one of the most energetic pups in this pack. The dogs were bred to have athletic builds, allowing them to track and hunt quick foxes and raccoons. There are multiple types of Coonhounds, but the American English variety appears the most similar to a Beagle and is closest to their size. They reach heights of 20 to 26 inches tall and are colored similarly to a Beagle.

These dogs are also great for families, as they are playful and athletic, as well as loving and excellently behaved with children of any age. Due to their energy and loud voices, they are typically better suited to larger spaces instead of apartments.

Another pup that was initially a hunting dog, the English Foxhound is easily confused with the Beagle. As their name suggests, they enjoy hunting and chasing foxes throughout the countryside. However, in modern days, they make great family companions.

These pups are slightly bigger than a typical Beagle, though they have the same color patterns. They can grow to a maximum height of 25 inches, but they can be quite a bit smaller, depending on their parentage.

Dachshunds appear slightly different from some of the other dogs featured on this list and are assuredly the smallest. The Standard Dachshund grows only 8 to 9 inches tall, and the Miniature variety may only be 5 to 6 inches. They tend to be solidly colored with a deep brown or tan pattern.

They are still a hound, and thus, their personalities are quite similar to that of a Beagle. They are a scent-driven pup bred to chase tunneling animals. They make excellent family dogs because they like to be close to their people when they aren’t sniffing something out.

The Harrier is another dog easily mistaken for a Beagle. Their color patterns are usually different, but they are only slightly taller, standing 19 to 21 inches. They share the same sweet faces and velvety soft ears that the Beagle is loved for, and they have the typical hound ability to sniff out prey.

The Harrier, like many hounds, is a pack dog and enjoys having other dogs to run and play with for hours at a time. The Harrier is loyal and loves their pack, canine or human, devotedly. They are gentle dogs who make good fits for a family.

Also called the African Lion Hound, the Ridgeback is perhaps the most interesting dog out of the pack. They were initially bred in Africa to pursue lions. These dogs only stand at a maximum of 27 inches tall and are strong but thin with wiry muscles. These dogs are incredibly brave and loyal.

They tend to be independent pups because they are so intelligent, so some effort and patience need to go into their training. They are quite an active pup and are best-suited for hunters or owners who like to engage in outdoor activities, such as running or hiking.

Whether you are looking for another dog to pair with your Beagle pup or would prefer to have a similar dog in a different size, the family of hound dogs is large and share many traits. These seven dogs that are similar to beagles might be surprisingly alike, but it is good to remember that each pup has their own distinctive personality and may express themselves differently.

How Much Does a Great Pyrenees Cost? (2022 Price Guide)

15 Ways to Get Your Uncooperative Dog to Eat a Pill