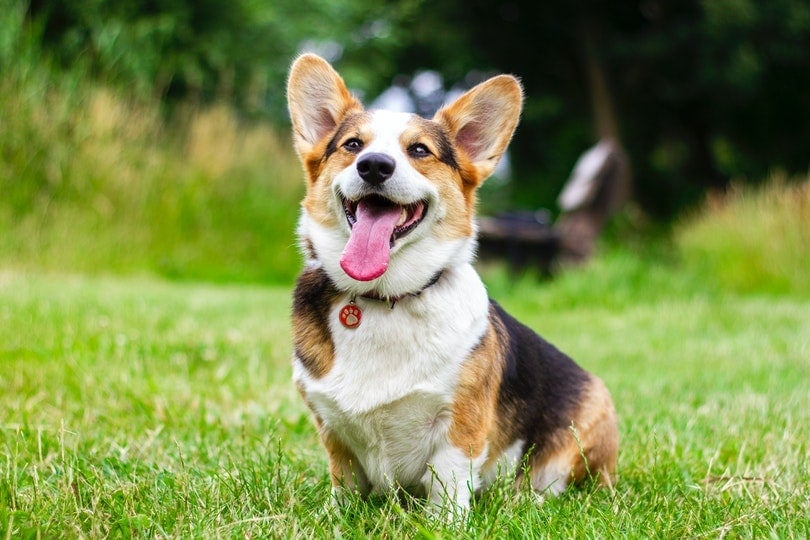 The Corgi is a small herding dog that originated in Wales and consists of two separate breeds, the Pembroke Welsh Corgi and the Cardigan Welsh Corgi. There are small differences between the two, with the Cardigan usually being larger. However, there are more similarities, and this is why the two are usually grouped when the term Corgi is used.

Corgis are an active and intelligent breed that is eager to please and easy to train. They are great with children and other pets and make for great family dogs. They are low-set dogs, with short legs, a long neck, and sturdy build. They have a medium length, thick coat that is usually straight but can also be wavy at times.

Corgis are not for everyone, but they have highly desirable traits nonetheless, so we’ve put together this list of 10 dogs that look like Corgis (and behave similarly to Corgis) for your consideration.

The Shiba Inu is an ancient Japanese dog breed, originally bred as a hunting dog. They are sturdy, confident dogs that have a regal quality similar to Corgis. Their alert expression and calm demeanor make them almost fox-like, and they are highly affectionate and charming. They have thick, soft undercoat with a straight and stiff outer coat and are most identifiable by their curled-in tail. These gentle dogs make ideal and unique family dogs.

The Shih Tzu, also known as the “lion dog,” was originally bred for Chinese royalty and was the prized lap dog of Chinese Imperials. They are sweet and affectionate dogs who love nothing more than to cuddle with their human companions, a trait shared with Corgis. Being bred as companion dogs, this is what they do best — but they still love regular play and exercise. They have long and wavy flowing locks that require regular maintenance, but this grooming is something they will relish in.

The King Charles Spaniel shares an important trait with Corgis: dependability. These small and docile dogs love to be around their owners and will suffer great anxiety when left alone for too long. The thick and luxurious coat of the King Charles Spaniel will require regular brushing and grooming, making them a high-maintenance dog. Like Corgis, they are a sweet, affectionate, and gentle breed that is eager to please their much-adored owners.

The Swedish Vallhund was bred as a sporting and herding dog and consequently has boundless and seemingly inexhaustible energy levels. Like Corgis, they are playful and loving dogs who are eager to please. They are also highly intelligent and easy to train and will quickly and easily pick up commands. Although they are high-energy breed, they love to spend lap time with their owners just as much as playing and running.

These small dogs were bred in Belgium, originating in the 16th century. They are somewhat fearless dogs with high intelligence, which can sometimes get them into trouble. This has earned them the name “little black devil.” That said, they share the traits of companionship and loyalty with Corgis and become deeply attached to children and owners. Their thick, jet-black coat will need regular brushing, but these dogs are not huge shedders.

Named for the Pomerania region in Poland where they originated, the Pomeranian is a small and densely coated dog who seems to believe that they’re much bigger than they are. Like the Corgi, they have long been a favorite choice of royals as a loyal companion. They are easily trained and make great family pets, although they are known for being somewhat stubborn and bossy at times. This upbeat little dog will keep you laughing with its abundant personality and keep you warm with cuddles at night.

While the Beagle doesn’t share much in the way of looks with Corgis, their loyal and affectionate nature gives them more traits in common than not. They are fun-loving and energetic dogs who love children but can also be stubborn at times and challenging to train. Like Corgis, they make great companion pets and are as much lovable lapdogs as the scenting and hunting hounds they were bred as.

Bred in England as a working dog for fox hunters, Russell Terriers are high-energy and lively little dogs. They are also affectionate, loyal, and charming pets who, like Corgis, love your lap as much as they do running around and chasing. They are most happy when in the company of their owners and will benefit greatly from having a distinct job to do. They can be a challenge to train, though, due to their somewhat stubborn and independent nature.

The Boston Terrier was born and bred in the U.S.A., and their short, slick, and smooth coat and large bat-like ears are their most distinguishing features. They share the Corgi’s traits of gentleness, loyalty, and affection, with an innate desire to please their owners. Although they were originally bred as fighting dogs, today, they are as gentle as they come, and are great companion dogs who love nothing more than to cuddle on your lap. Their brown and white markings that open up on their chest, along with their gentle nature, earned them the nickname, the “American Gentleman.”

Originally bred to haul sleds for the Samoyede people in Siberia, these medium-sized, white, and fluffy dogs can now be more commonly found as companions and lap dogs than working dogs. They are gentle, loving, affectionate, dignified, and loyal, traits synonymous with Corgis. Their upturned mouths and bouncy demeanors earned them the reputation of good-natured and happy dogs, complete with the oft-quoted “Sammy-smile.” This and their thick double coat are their most distinguishing features, and their friendly nature makes them great for families and children. 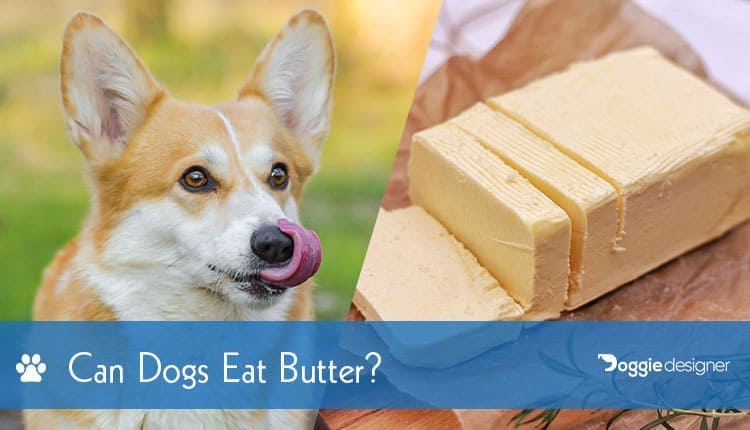 Can Dogs Eat Butter? What You Need To Know! 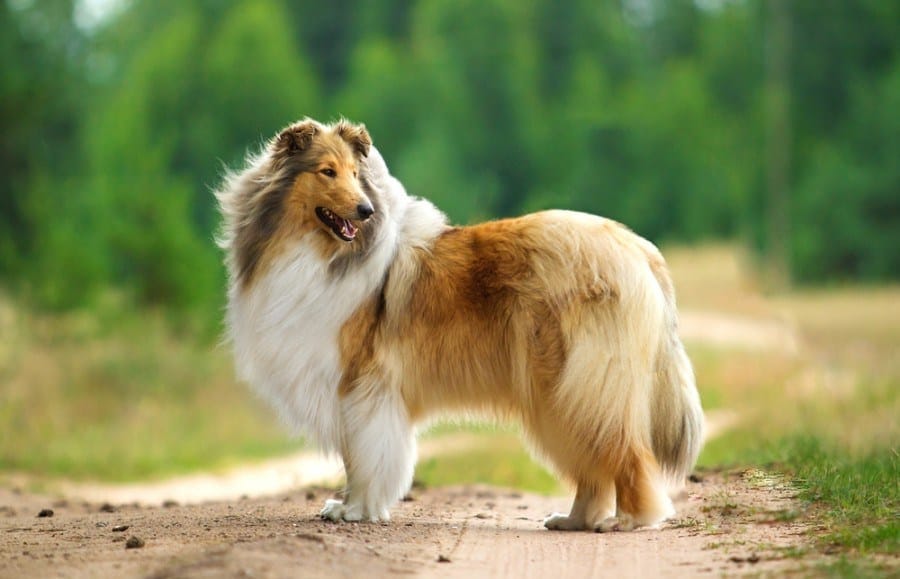 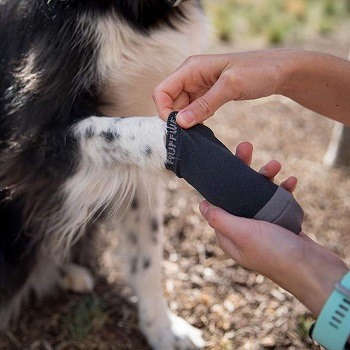 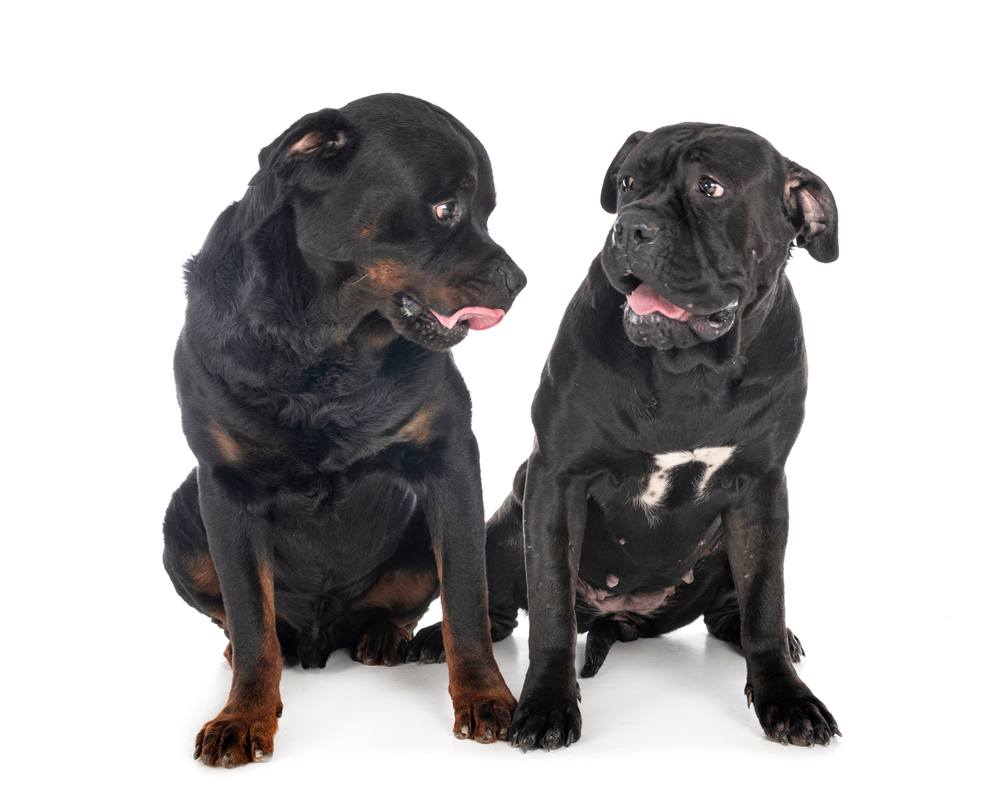