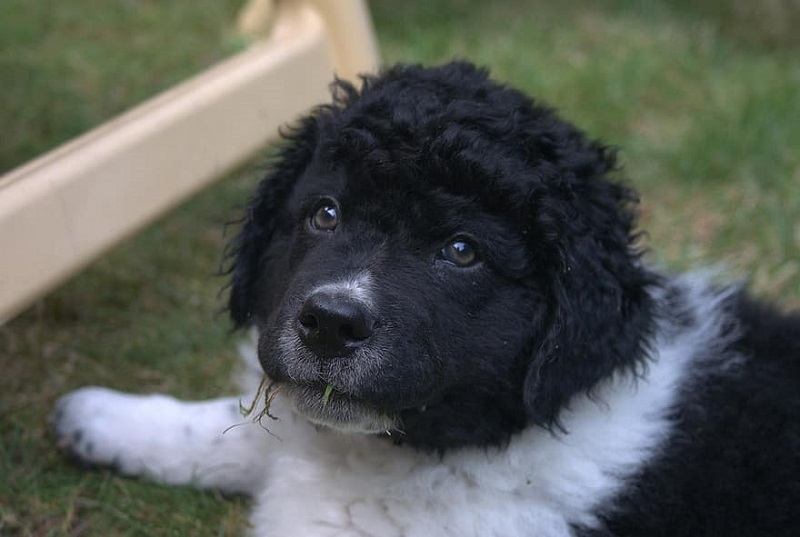 Native to the Netherlands, many of these Dutch dog breeds originated as work animals. Whether helping on the farm or aiding on hunts, Dutch dogs display a characteristic friendliness and hard-working attitude that has won them the favor of many an owner and breeder.

Let’s take a closer look at each of a dozen different Dutch dog breeds:

A herding dog originally developed for work on farms, this Flanders native would often be seen driving cattle, herding sheep, or pulling carts. Today, they’re still employed as guard dogs or police dogs and are also a common household pet in the Netherlands. Literally translated, their name means “Cow Herder of Flanders”.

A spaniel-type dog from the province of Drenthe in the northeastern part of the Netherlands, the Patrijshond is more commonly known as the Dutch Partridge Dog. They make excellent pointers and retrievers due to their high intelligence and tend to be easy to train. In the home, they are a relaxed and loyal dog that builds strong ties to its family.

Charged with guarding and herding sheep in the Dutch countryside, the Dutch Shepherd that we know and love today has changed very little in the 100 years since its recognition as a breed. A consummate hard-working dog, they are a talented multi-tasker that can be trained to perform almost any role imaginable. Though once nearly extinct due to the devastating effects of World War II, the Dutch Shepherd is now making its way into kennel clubs in the United Kingdom and the United States.

One of the smallest Dutch dog breeds, the Smoushond is related to Pinschers and Schnauzers in its use as a rat hunting dog. Rarely seen outside of the Netherlands, this dog’s name comes from an unfortunate phrasing comparing it to Jewish men. They rarely weigh more than 20 pounds and are considered a “rare breed” by dog registries.

Closely related to the German Spitz breeds, the Keeshond features a plush double-layered coat of silver and black fur. Sometimes known as the Dutch Barge Dog, they were the symbol of a patriotic group in the Netherlands around the time of the French Revolution. Recognized by the American Kennel Club in 1930, the Keeshond is a very healthy breed that displays keen intelligence but can be difficult to train effectively.

Originally developed for luring ducks out of hiding and into range of waiting riflemen, the “small cager dog” has also appeared in famous paintings by Rembrandt. A small dog in the spaniel group, the Kooikerhondje is a cheerful and good-natured breed that is often seen to be well-behaved even without training. They are rapidly gaining popularity in the United States thanks to their affable personality.

Also known as the “Dutch Tulip Hound”, this older dog breed has been featured in paintings dating back to the 17th century. Bred as a companion dog, they’re exceptionally rare and you are unlikely to see one outside of their dedicated clubs in the Netherlands. The Markiesje is an active dog breed, requiring plenty of stimulation and exercise to keep it happy and healthy.

The offspring of a German Shepherd and a Eurasian Grey Wolf, the Saarloos Wolfdog was developed by Dutch breeder Leendert Saarloos in 1935. Bred with the intention of creating an efficient working dog, the Saarloos is instead a devoted companion animal that feels at home in rural settings. Their athletic builds and wild natures make them a favorite of hikers and wilderness enthusiasts.

Another breed of sheep herding dog from the northeast corner of the Netherlands, the Schapendoes is a general-purpose farm dog that seems most at home in forests, swamps, and fields. Affectionate, friendly, and good-natured, this breed is generally lively and intelligent and known for not displaying aggression. Schapendoes can be quite independent and enjoy working with their owners rather than taking direct orders.

A post shared by Isak and the cats (@isakandthecats)

Recognized as one of the five rarest breeds of dog in the world, the Stabyhoun comes from the Frisian forest region in the southeast of the Netherlands. Mentioned in Dutch literature as far back as the early 1800s, these working dogs are capable of being trained to do just about anything. Gentle and eager to please, they’re an exceptionally versatile pet that enjoys having plenty of playtime and physical activity.

Also known as the Frisian Water Dog, this hunting breed is a medium-sized dog rumored to come from traveling Gypsy dogs. Traditionally trained to hunt otters, they’re also quite capable of retrieving waterfowl or acting as watchdogs. Single-minded in their pursuit of a job, the Wetterhoun will persevere in its task no matter what obstacles it faces.

Sometimes recognized as a Dutch breed because of the first breeder to develop one, Eduard Karel Korthals, the Wirehaired Pointing Griffon was first born in Germany. Relatively rare outside of Germany, France, and the Netherlands, they are a versatile gun dog breed capable of accommodating any hunting or tracking task. A people-oriented breed, the Wirehaired Pointing Griffon does best with plenty of exercise and contact with friends and family.

How many of these uncommon dog breeds did you know of before reading this article? Despite their heritage as working and hunting dogs, many Dutch dog breeds are equally well suited as companion animals. Perhaps one day many of these breeds will make their way to the United States as well, and become officially recognized by the American Kennel Club.

What Can Dogs Drink Besides Water? 9 Alternatives Worth Trying