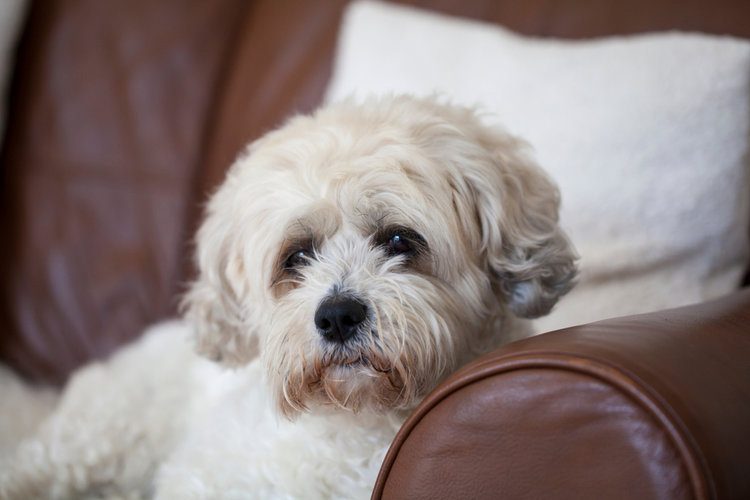 Dog, or plush toy? When a Zuchon dog is standing still, it can honestly be hard to tell! Though appropriately sweet and cuddly, these dogs are more than just adorable teddy bears. Zuchons are bright, regal, upbeat little creatures — small in size, but with big personalities.

While the Zuchon hybrid is very new in terms of dog breeding, each of the parent breeds — the Bichon Frise and the Shih Tzu — have a considerable history of development by humans.

The Bichon Frise was developed during the Middle Ages in the Mediterranean region but was first documented in the 14th century. French sailors brought them home from Tenerife in the Canary Islands, where they were thought to have come via Italian traders.

Originally known as the Tenerife Bichon, these dogs were beloved by French nobility during the 1500s. And by the 1800s, they had become a common breed in France that was often seen performing in circuses or accompanying organ grinders. The name Bichon Frise came about in the 1930s.

The Shih Tzu’s history is a little mysterious. They may have existed in China as far back as the 7th century, or they could have arrived somewhat later in the 10th.

This breed is well documented in art in China, however, including embroideries and carvings. They were bred in Beijing in the Forbidden City and were most likely developed to resemble the Fo Dog, or guardian lion, seen throughout Chinese architecture.

Zuchon Puppies – Before You Buy…

Zuchons are sweet bundles of fluff that love being the center of attention. Their low to moderate energy levels make them adaptable to city or suburban life, and they can be comfortably kept in an apartment or a small house.

Zuchon dogs are fairly long-lived with an average lifespan of 10-15 years, and it is not uncommon for them to live as long as 18 years. So, when considering this loving breed as an addition to your family, make sure you are willing to give them the care and attention they need throughout their entire life.

If you are considering getting your puppy from a breeder, don’t be afraid to ask them questions about how they raise and care for their dogs. Do they recommend any food brands or training materials? The more questions you ask, the better prepared you’ll be to start off right!

What’s the Price of Zuchon Puppies?

Hybrid breeds are often less costly than their purebred counterparts, and you can find Zuchon puppies for as low as $600. However, depending on the breeder, pedigrees, and whether they are from show-dog bloodlines your cost could be as high as $2500 for a puppy.

Historically, the Shih Tzu was exclusively kept by royalty. Unfortunately, due to their association with the ruling class, most of the breed was killed in the Chinese Communist Revolution. As few as 20 dogs were brought to England and the United States, and they are the basis of the entire breed today.

Bichon Frise show up in numerous European paintings around the 16th century and were loved by artists for their willingness to sit still and be painted. Some of the most famous artists to paint them include Francisco de Goya, Albrecht Dürer, and Auguste Renoir.

3. Zuchon Dogs Love to Be Pampered

Maybe it is their royal breeding and elbow rubbing with French aristocrats, or perhaps their stage performer roots, but Zuchon dogs love to be pampered. These little stars will take as much attention as you can lavish upon them, and then some!

Temperament & Intelligence of the Zuchon

Zuchon dogs are often described as having a cheerful, jaunty attitude towards life. Affectionate and loving, small but not yappy, they make excellent lapdogs and companions. And they aren’t just cute, they’re bright too. A Zuchon will happily entertain their family with all manner of antics and tricks — anything for a smile!

Looking at the parent breeds, the Bichon Frise and Shih Tzu, will give some further ideas as to what sort of personality you may encounter.

Bichon Frise are gentle, playful, and affectionate dogs. They are also incredibly smart, and highly trainable. Able to quickly learn tricks and charm their audience, it’s no wonder these little dogs have a history as performers.

Shih Tzu are lively, friendly, and companionable dogs. And they get along with everyone. Children, other animals, strangers — the Shih Tzu wants to befriend them all!

Zuchons are happiest when with a loving family. The more attention the better! And being generally gentle and playful, they are great with children. Early socialization is always a good idea for both dogs and kids, however, as the Zuchon’s small size and trusting nature make them an easy target for bullying.

The Zuchon’s jubilant extroversion doesn’t just apply to humans — they want to make friends with everyone! Though every dog is different, you can be fairly confident that your Zuchon will get along with other dogs and cats with ease. Though frisky and playful, they have a low drive to chase other animals.

When it comes to small prey animals, however, you will want to carefully supervise any interactions. Zuchons are gentle creatures, but their doggy way of trying to play may scare a small pet.

Things to Know When Owning a Zuchon

We know, they’re just so cute! But adding a new furry family member to your life is a big decision. Here are some further considerations about Zuchon ownership that may help you make an informed choice.

A well-balanced diet is a key part of keeping your Zuchon healthy and happy. A basis of high-quality kibble should provide them with the wide array of proteins, vitamins, and minerals they need. When trying out kibble brands, avoid ingredient lists full of grains and byproducts.

Don’t be afraid to add a little variety to their meals too. Smart dogs like Zuchons will find the occasional veggies, fruit, or fish mentally stimulating as well as nourishing. Check in about appropriate foods to try and portion sizes with your vet.

Zuchons are lively but generally have moderate exercise requirements at most. We recommend walking them at least once a day and having toys to entertain them indoors. Juvenile dogs may need more physical and mental stimulation, so give them plenty of opportunities to play and interact with you.

The sweet little Zuchon is also an intelligent and inquisitive dog. Training them should be easy using positive reinforcement, as they are natural people pleasers. A Zuchon will find the opportunity to learn a few tricks for you a fun and enriching activity!

Thanks to their two parent breeds, the Zuchon is an incredibly low-shedding dog regardless of the length of their fur. Their silky double coat does, however, need multiple weekly — if not daily — brushings to keep it from matting. You may also need to trim the hair around their eyes or pull it up out of the way in the style of the Shih Tzu.

Ears and teeth should be cleaned regularly to promote good health and prevent infections. Their nails will need to be trimmed occasionally as well, since they are unlikely to wear them down naturally over the course of their day.

While it is not possible to predict whether your puppy will grow into a healthy dog, chances are much better for hybrid breeds like the Zuchon. Purebred dogs often have a litany of complications they can inherit, but the Institute of Canine Biology has found that mixes and hybrids avoid many of those genetic pitfalls.

Though generally healthier, Zuchons are at risk of developing any of the common ailments to either of their parent breeds.

While most of the personality is dependent on the dog themselves, there are a few general differences between males and females. Male Zuchons are somewhat larger and more disposed to sexually aggressive behaviors. Females, on the other hand, are a bit more petit and docile.

So, is the Zuchon the right dog for you?

The Zuchon is a small dog with loads of charisma that will lap up all the attention you can give it. They do not need a big backyard and can be a wonderful companion without requiring a super active lifestyle.

If a jaunty, smart little dog that wants a lot of love is attractive to you, then the Zuchon may be the perfect fit! 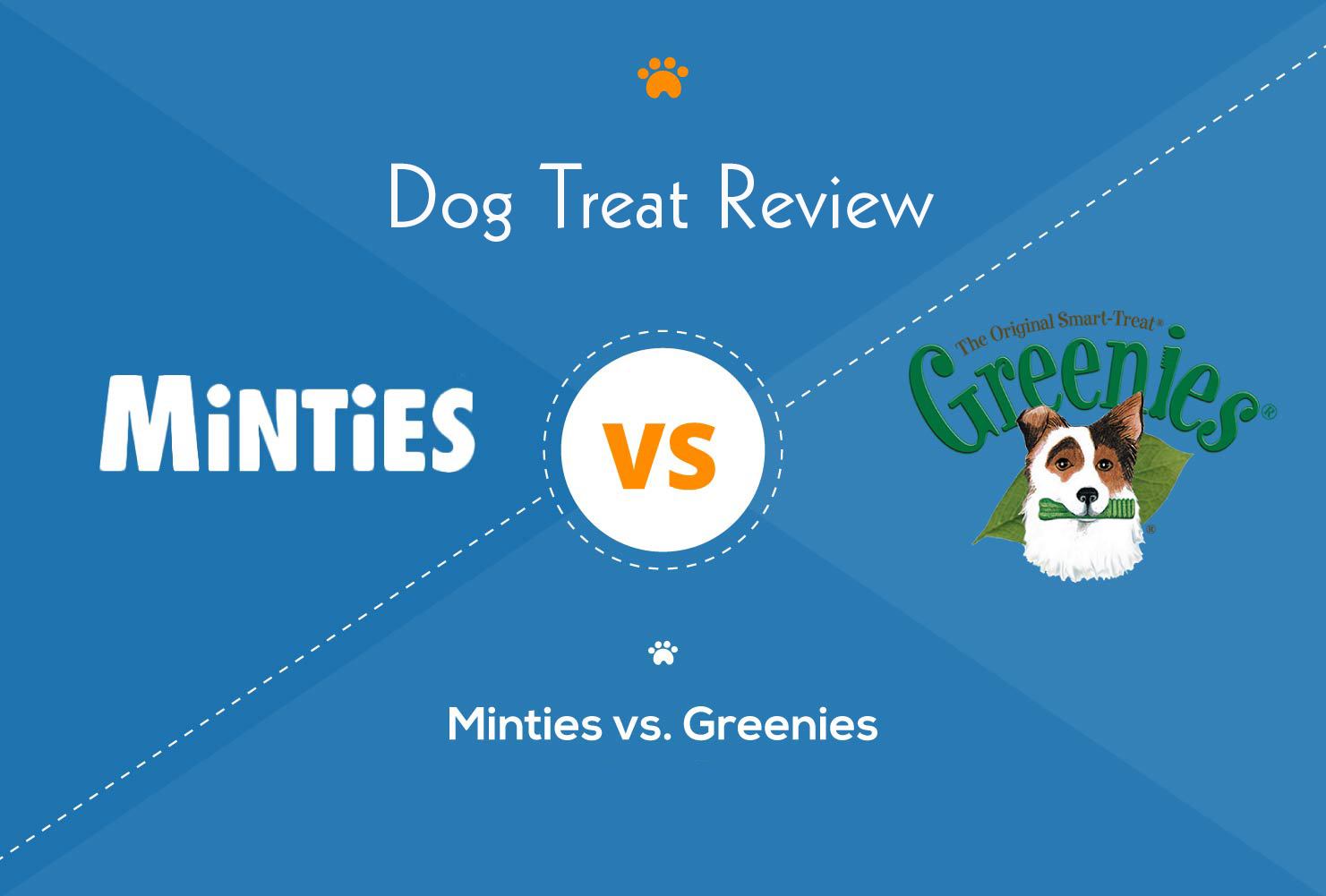 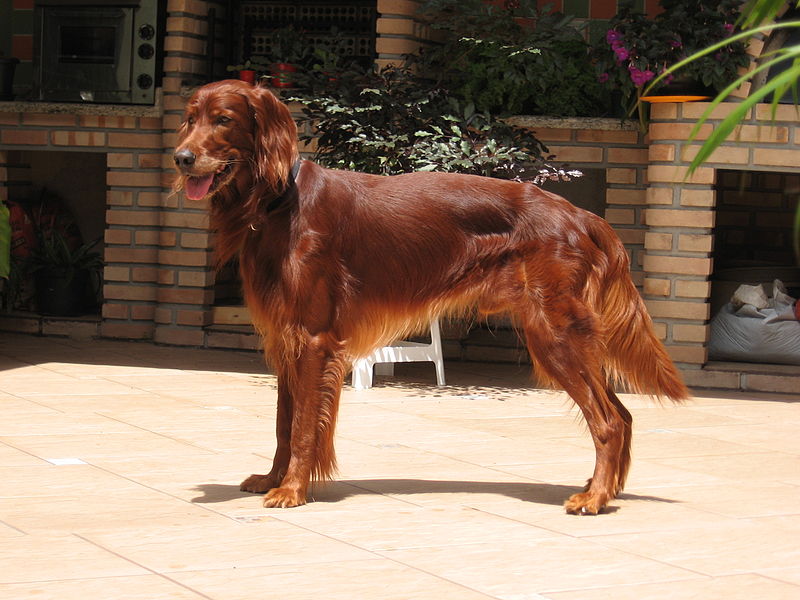 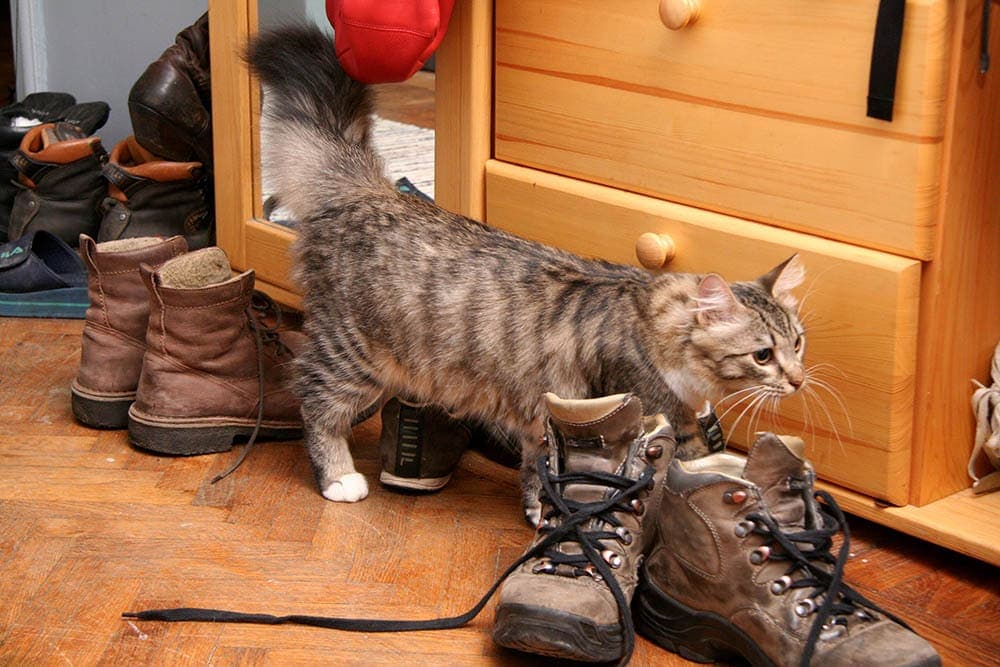 Why Do Cats Like Shoes So Much? 6 Reasons for This Behaviour 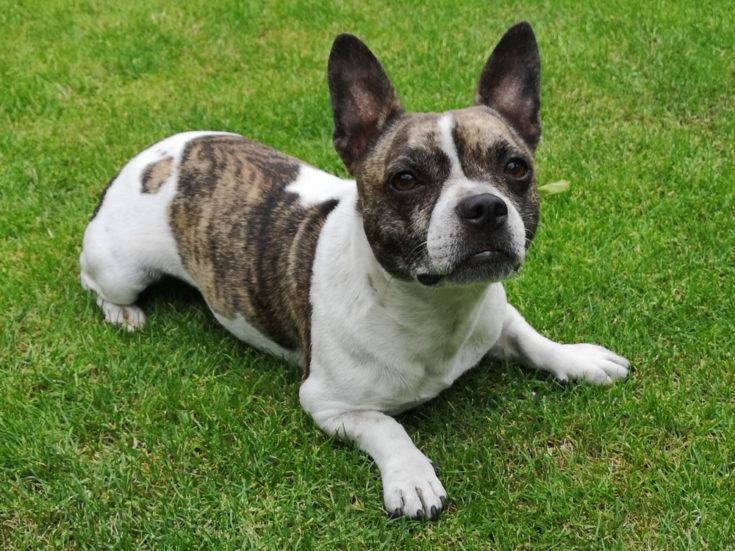