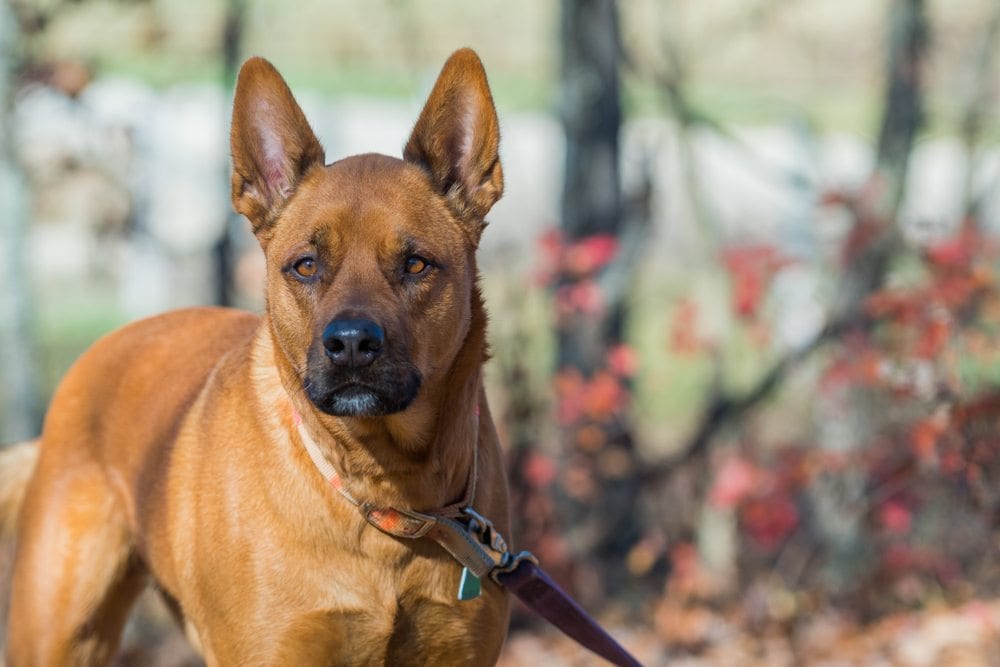 The Akita Pit dogs are an interesting intertwining of two ancient histories in one loyal pup. If you are looking for a dog who will loyally love you forever, protect you or your family, or enthusiastically join in playtime, the Akita Pit may be the dog for you.

Many people can misunderstand these dogs because they are a mix of two dogs associated with aggressive behavior. However, as lovers of Pitbulls will commonly tell you, they are the sweetest, most loving animals you could encounter. With the right training, Akita Pitbull mixes will be docile and affectionate protectors of the family.

Akita Pit mixes are the best dogs for larger families or homes with other pets. They are quite adaptable dogs and are content to make their home in apartments, farms, or houses with backyards, as long as they get a consistent amount of exercise.

Akita Pit Puppies — Before You Buy…

Akitas are well-known in dog-breeding circles for being one of the most expensive dogs in the world. However, when breeders mix these regal dogs with the more common pit bulls, the price becomes more manageable. The price for the Akita Pit mix puppies is around $200 to $500. The cost depends on the breeder and the pedigree of the parents.

3 Little-Known Facts About the Akita-Pit

1.  The ancestors of the Akita were the Matagi-inu.

Both the Pit Bull and Akitas have long and fascinating histories. The Akita was initially called the Matagi-inu, meaning hunting dog. They were also close members of any family they were adopted into. Centuries later, they began to be bred as fighting dogs in Japan, getting crossed with breeds that had more aggressive tendencies to improve fighting capabilities. However, there were people in Japan that thought the loss of the purebred Akita, part of their ancient history, would be a loss to the whole country.

2.  Akitas are national treasures in Japan.

Before the Akita bloodline could be lost forever, groups formed in Japan, such as the Akita Inu Hozonkai Society of Japan, that wanted to preserve the original Akita. They were met with success. In1931, the breed officially received the designation of a national treasure of Japan. This designation is part of what makes them one of the most expensive dog breeds in the world.

3.  Akita Pits may appear to be fierce dogs, but they need companionship.

The Pit Bull was initially used for boar hunting and as a property guardian back into the 1500s. As history progressed, they became commonly used for bull-baiting, which was then outlawed in England in 1835. It was at this point in history that these dogs started to be bred with Terriers, becoming more of the breed we know today. The Terrier mix was supposed to increase the breed’s prey drive, aggressive tendencies, and ease of movement but decrease its size.

Hence, both these dogs have somewhat of a history of fighting and an unwanted reputation of aggression. However, trained the right way, these dogs are super friendly. Still, they don’t like to be left alone and need constant companionship. This sociability is why they make great pets for large families, where someone will almost always be around.

Temperament and Intelligence of the Akita Pit

The Akita Pit inherits many of its temperament characteristics from its parental lineage. For instance, as much as the Akita is known to be strong-willed and single-minded, so is the Akita Pit.

From the Pit Bull parentage, the dog receives traits making it lean toward expressing dominance in its relationships with both humans and animals. Combined, this makes for a dog who needs quality obedience training. However, it forms stable relationships with its masters quickly, and by with an owner’s kind and firm hand in sessions, the Akita Pit becomes eager to please and easier to train.

One of the most prominent characteristics of this dog is loyalty. When it is adopted at a young age, the pup makes familial associations quickly and remains tied to them. Trained well, the dog is obedient and friendly and has inherited intelligence from both parents.

Akita Pits are excellent dogs for families. Even with their reputation, they rarely express any aggression toward people. They love having people around and have no problem with young kids, instead acting as a guardian for them. The larger the family, the happier Akita Pits are.

As long as an Akita Pit is appropriately trained, they rarely show any signs of aggression toward other animals. They often like to be the dominant dog in the home, and if the other dog has the same tendency, there will need to be a period where this needs to be worked out between them. Otherwise, because they are such friendly dogs, they typically appreciate having other animals around.

Things to Know When Owning an Akita Pit

Generally, an Akita Pit mix does not require a specific kind of food. The best formulas for them are ones that cater to medium to large-sized pups that have an average amount of energy. Watch them if you decide to introduce a new food, as they tend to inherit specific food allergies from their parents.

When feeding an Akita Pit, it is best to put them on a schedule instead of leaving food out during the day. If they overeat, they can quickly gain weight and become out of shape. Stick to a regular daily schedule, so they know when to expect it. Check with your vet to help determine how much and how often the frequency for your specific pet should be. Also, limit their treats to keep them from upping their caloric intake.

Akita Pits have average energy levels, perhaps slightly higher, compared to other breeds. With a moderate amount of daily energy ready to be expended during the week, they do need regular exercise to keep them content and healthy.

These dogs should get at least a couple of 20-minute walks daily or stimulated exercise out in a fenced-in yard. They do not have high tendencies for wandering away or chasing after things, so playing with them in a wide-open area is generally okay. They also make great hiking buddies.

They need more than physical activity but mental too, as they are quite intelligent dogs. Try to engage your pup with learning games, ball games, tugging, or training activities to stimulate both the mind and body.

Akita Pitbull mixes are empathetic and can quickly sense your emotions and any abrupt changes in them. During training, if they sense your frustration, they might associate the sessions with unhappiness and be less willing participants.

The training for an Akita Pit is essential. From a young age, their owner needs to train the stubbornness and dominance out of them to be able to have an obedient adult dog. To do this, the trainer should have a firm hand without ever being pushy, projecting positive vibes the whole time.

Akita Pits often have short, sleek hair that should only need to be brushed out weekly. This grooming time is a great chance to get close bonding time. It helps them to learn how to sit still and become accustomed to being touched and held. Some of these dogs can be sensitive to touch, making this akin to another training session.

Beyond grooming, keep up their basic needs by trimming the nails as they begin to grow out and brushing the teeth weekly, to promote dental health.

Overall, an Akita Pitbull mix is often a healthy dog. However, due to their direct parentage to some purebred lines, they may inherit problems commonly found in Akitas and Pit Bulls. Keep an eye out for the risks listed below, taking them for regular veterinary appointments to catch any serious problem as early as possible.

The only difference between male and female Akita Pitbull mixes is the size. This may not end up being a significant difference at all, only varying 2-10 pounds away from each other.

For a dog that can trace its lineage back hundreds, if not thousands, of years, the Akita Pit has ended up being relatively unassuming and sweet protectors. They are excellent fits for large families, particularly more active ones.

With the right training, the Akita Pit can make for a smart watchdog or a guardian. Training also helps sort out some of the more stubborn and dominant characteristics that it may express if left to do what it wants.

If you adopt an Akita Pit, be ready for a dog who wants a great deal of love and whose loyalty knows no bounds.