Do you live and work on a farm or ranch and in search of a dog? Whether you seek a canine to keep you company for the long farming hours or to help you with the neverending jobs, we’ve got a breed here for you. 21 for that matter! So, let’s jump straight in. Here are 21 farm dog breeds to know:

With a name like Cattle Dog, you know this boy will make a fantastic canine colleague for farmers. He’s not actually Australian. Instead, he just passed through it. And it was Americans that refined the breed to the hardworking breed that we all know and love today. He makes a fantastic herding dog, and his nipping technique has earned him the nickname Heeler.

The Corgi is another cattle ankle nipper, and his short stature means that he is never in the firing line for angry cow legs. Don’t let his small frame and cheeky nature put you off, because he is one of the best herding dogs in the world. His thick butt and thighs give him most of the power he needs to get through a hard day on the farm. And when the shift is done, he loves to cuddle with his family.

The Border Collie is considered to be the world’s best herder, as well as the most intelligent dog breed. This means that no matter what job you have on the farm, this guy will be able to learn it and fulfill it. He is aloof with strangers at first, but once he has warmed up to them, your ranch guests will want to come back for more belly rubs.

The Australian Shepherd is another dog that’s not technically from Australia, and again, he just passed through. He makes another fantastic herding dog. Because of his beautiful merle coloring and fluffy coat, he has risen dramatically in popularity as a family pet too. So, if you’re looking for a farm dog and a family pet, look no further than this guy.

The Airedale Terrier is the largest of all terrier dogs, which means that you can count on lots of fun and terrier tenacity with this guy. But his strength and eagerness to please his master make him an ideal candidate for farm work. They are natural ratters, but can also turn their paws to herding and farm protection duties thanks to their loud bark.

The German Shepherd is known as one of the best protection dogs in the world. Despite his name, not many know that he was originally a herding dog and flock protector. And because of his guarding reputation, if you select this guy, you know no one will mess with your farm crew. He is a one-man dog, making the ideal partner for a long day in the field.

This guy is similar to the German Shepherd. The main difference is that he is more hardworking and intense. So, if you’re after an incredibly hardworking colleague, this guy could be your best bet. His coat is brindle, and he can sport a short, long, or wired coat. He is a stubborn pooch, so this guy is best suited to farmers who have experience training farm dogs.

The Dachshund is a surprising farm dog, but stick with us, because he has a particular set of skills that can be useful on the farm. His big paddle paws make him the ideal candidate for badger and rat hunting. Digging his way into places that we humans couldn’t. They also make an excellent watchdog because of their excessive barking.

The Great Pyrenees is the original farm dog from the, you guessed it, Great Pyrenees. He makes a fantastic herder and flock protector. He is humungous, so you need to have the resources to look after him. But in return, he will protect your flock from large predators such as cayotes, wolves, and bears. He also makes a cuddly hot water bottle if you let him into the farmhouse at night.

The Anatolian Shepherd is a lot like the Great Pyrenees, except he is a fiercer protector. This guy can be too much dog for some, and he requires a firm master that knows how to handle strong-willed dogs. He can protect your flock for days at a time without any supervision because he is a natural. He is very territorial, and you’ll need to warn incoming visitors about his overprotective nature.

The Maremma Sheepdog is from the rolling lands of Italy, and he is tasked with protecting sheep and goats. Many say that he looks like a Polar Bear, and with his fluffy coat, he is a gorgeous cuddly canine for sure. He also makes an ideal family protector, and you can count on him to take over the night shift as you and your family sleep.

The Dalmatian is more commonly linked to Disney’s big hit, 101 Dalmatians. But not many people know that he is a traveling gypsy dog selected to travel alongside horse-drawn carriages to protect them. His affinity for horses makes him an ideal farmhand or stable master. Thankfully, his white and black spotted coat means you can easily spot him in your fields.

The Bernese Mountian Dog is one of four Swiss mountain breeds. He is a well-mannered livestock protector. Meaning that if you want a farm dog by day and a family dog at night, this guy is a fantastic option. He is hardworking and able to withstand cold weather, he is easygoing, and a pleasure to have on the farm.

The Scotch Collie is similar to the Border Collie in intelligence but distinctive in his looks. He is also known as the Rough and Smooth Collie. He is a traditional herder, but being a brainbox, he can be tasked with pulling carts, fetching objects, and being the farm alarm bell. He is also super sweet and loves to be around children.

The Old English Sheepdog is precisely that, an old dog breed from England, originally put to task as a sheepdog. He is sweet, friendly, and loving, but he also has bundles of stamina for a day on the farm. Don’t be tempted to cut his hair from his eyes as this serves to protect them. Meaning he can stay outside in the harsh conditions for longer.

The Jack Russell Terrier is a feisty little guy who has endless energy. Originally from England, he was bred to be a rat exterminator on farms. So, if you have a pest problem, give this guy, Jack, a call. If you supply him with the work and exercise, he will return the favor in lots of love, cuddles, and fun. He likes to dig, so watch out for your veg patch.

The Vallhund is the Swedish version of the Corgi, and he is also known as the Swedish cow dog. With the same nipping technique, he will have all the cows herded in no time. If you seek a unique herding farmhand that doesn’t take up much room, the Vallhund could be your match made in heaven.

This pooch is also known as the Min Pin, and he is known as the King of Toys. He might be tiny, but don’t let this fool you into thinking he is too sensitive for farm work. He is a ferocious pest hunter, and he can get into the tiniest of holes to fix your problem. He also makes a brilliant watchdog, and he’ll alert you to anything out of the ordinary.

The Rottweiler is also known as the Butchers dog, but don’t worry, he won’t butcher your livestock. He is named as such because he protected his master Butchers livestock and hard-earned money that he carried around his neck. He is thick and muscular, and he can pull heavily laden carts, amongst many other tasks. You can also rest assured that you won’t get any intruders with this guy around.

The Fox Terrier comes in either short or wire coat, but they are both fantastic vermin hunters who can reach rats deep down in holes with their long muzzle. He is always looking for jobs to do, holes to dig, and rats to catch. If you take this guy on, it can’t be for a one-off rat problem; this guy is a lifelong hard worker. He is also lots of fun too, for those times when you get a 10-minute break from farm work.

The Catahoula Leopard Dog is a rare dog who is the only dog breed from the state of Louisiana. He is athletic and agile, but also muscular and stocky. With lots of endurance, this guy can keep going all day long. He is a multi-purpose working job, so no matter what vacancies you have on your farm, this guy is an ideal canine candidate. He is very territorial, too, and will care for your estate and family.

Farm Dog Breeds: The Wrap Up

So, which dog sounds like the best option for you and your farm? There is something to suit every farmer and every farm job. From the toy dogs who catch rats to the massive canines who can take on wolves, we have covered them all.

Just be sure that if you take on one of these guys that you can always offer them employment. Because without the adequate energy outlet, they will become very destructive and unhappy. If you can, not only will they get the hard work done, but they will also be loyal and loving with you and your family. 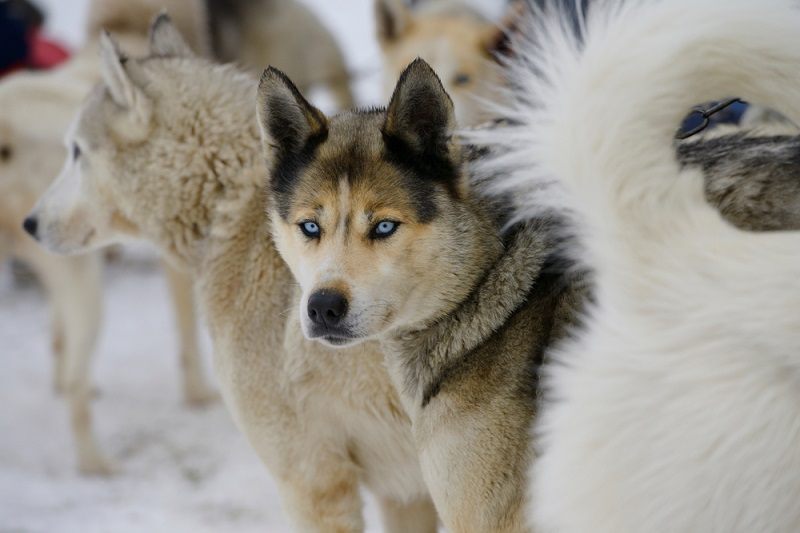 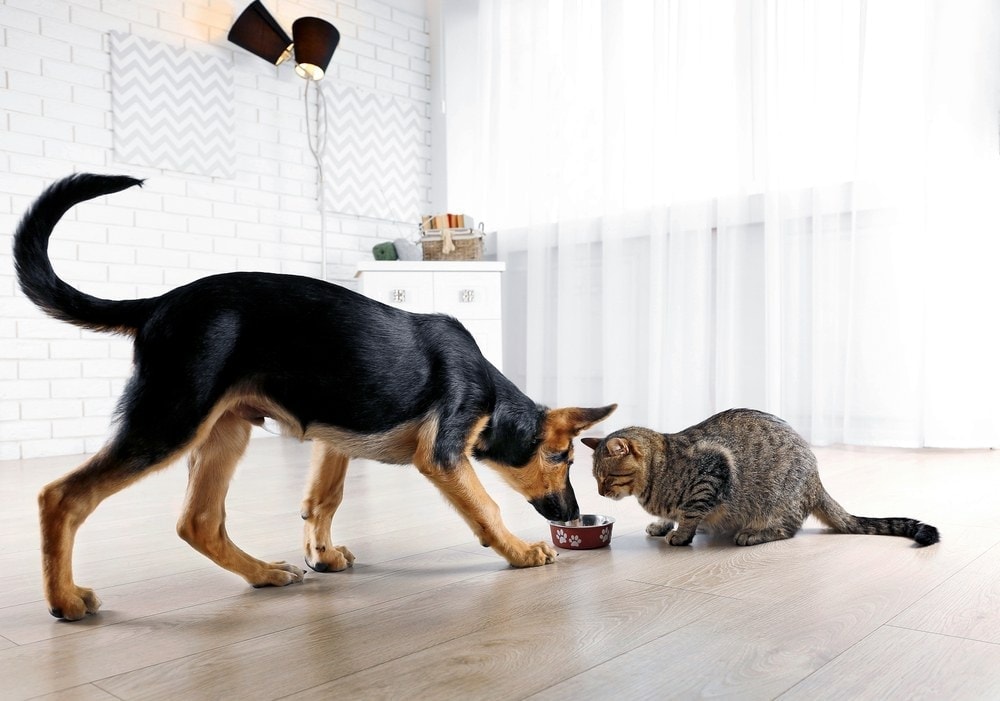 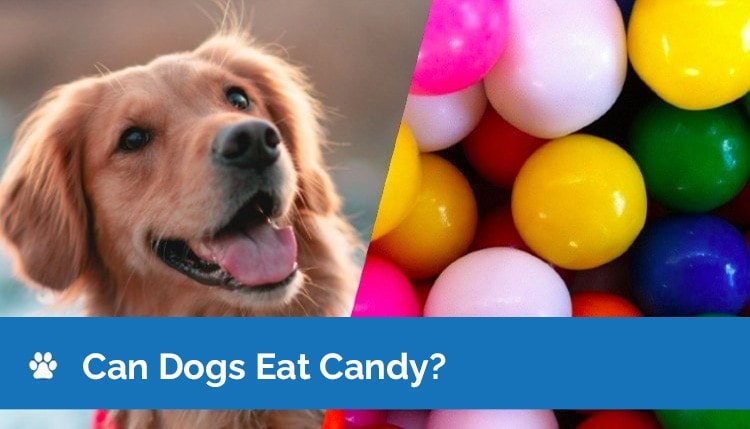 Can Dogs Eat Candy? Is Candy Safe for Dogs?