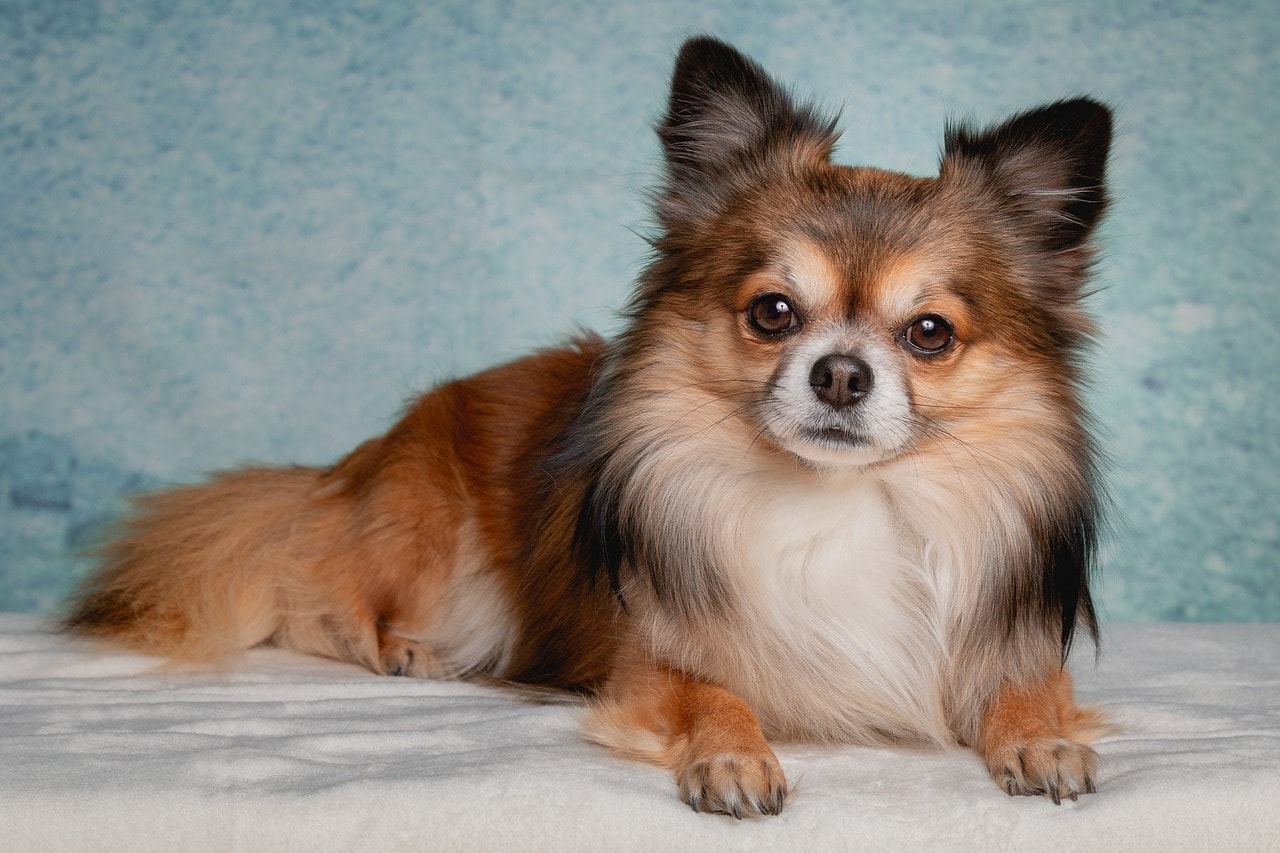 Even though there are officially only two varieties of Chihuahuas according to the AKC breed standards that refer to the type of coat the dog displays, there are five different types of Chihuahuas that you may run into. They are the same breed, but they have different characteristics, such coat length, head shape, and body type.

The 7 Different Types of Chihuahuas

Also referred to as smooth-coat Chihuahuas, these are one of the different Chihuahua breeds officially recognized by the American Kennel Club. The coat will be soft in texture, glossy, and close to the body. You may see more hair at the neck and less on the head and ears. This type of coat sheds less and requires less grooming. Short-haired Chihuahuas can have various colors, leg length, and head shape.

These Chihuahuas will have a soft texture to their coat that can be either slightly wavy or flat. There will be fringed hair on the ears and a full, long tail like a plume. You will also see feathering on the feet and legs and a large ruff around the neck. The long hair requires more grooming and upkeep, such as daily brushing and frequent baths. Surprisingly, long-hair Chihuahuas shed as much as one would expect, but it can take up to three years for the coat to grow out fully, so the AKC recommends grooming them only to create a neat appearance. You can see the long coat in different colors, as well as body types.

If you are going to take your Chihuahua to show, this shape of the head is recognized and accepted. The round head seems overly large for the body, featuring wide, protruding eyes and a small muzzle. The Applehead Chihuahua’s coat color will vary ,and 80-90% are born with a small opening in their head called a molera. The molera typically closes over time in half of the puppies born with it.

This type will have a more elongated head and a narrower snout, with large ears that resemble a deer’s. Their bodies and legs are also longer, and they are heavier than the apple-headed Chihuahua, though they won’t weigh more than 10 pounds. They can have a short or a long coat that can be of varying colors. Though there’s no proven research, some say that the deer chihuahua is less afflicted by diseases seen in the other Chihuahuas.

When an apple head and a deer head breed, you will see what is called a pear head Chihuahua. It is not a common type and is mostly known among dog breeders. They have flat skulls with larger muzzles and sometimes, a larger body size too. They will resemble a deer head more overall, but the head is more pear-shaped, as their name suggests. They can have a variety of colors and coat lengths.

The Teacup Chihuahua have gained popularity over the years because when they are puppies, they are small enough to fit into a teacup. When they are fully grown, they are less than 9 inches tall and weigh less than 5 pounds. Their looks resemble the standard apple-head Chihuahua, and they can be different colors and have short or long hair. Unfortunately, this size suffers from many health issues, such as hydrocephalus, bone fractures, and heart disease, just to name a few. Many will also suffer from urinary incontinence and are difficult to toilet train. Keep in mind that the teacups are not considered a different Chihuahua breed, just a smaller version of the standard Chihuahua.

This refers to the color of the dog, which is a beautiful fawn/brown color. You will see variety within the color itself, with certain coats being lighter or darker. You may even hear terms like sable fawn and blue fawn, but they still fall into the fawn color category, which is the most common color for Chihuahuas. These dogs can have different markings and be short- or long-haired.

Now you know the different characteristics that you may come across when viewing the different Chihuahua breeds. They all offer huge personalities that emit confidence and self-reliance, which is one reason that this is a popular dog breed.

The Chihuahua has more variations than any other, which is nice if you own one or plan to bring one into the family. You can have a unique dog that fits your preferences for color, size, and shape.