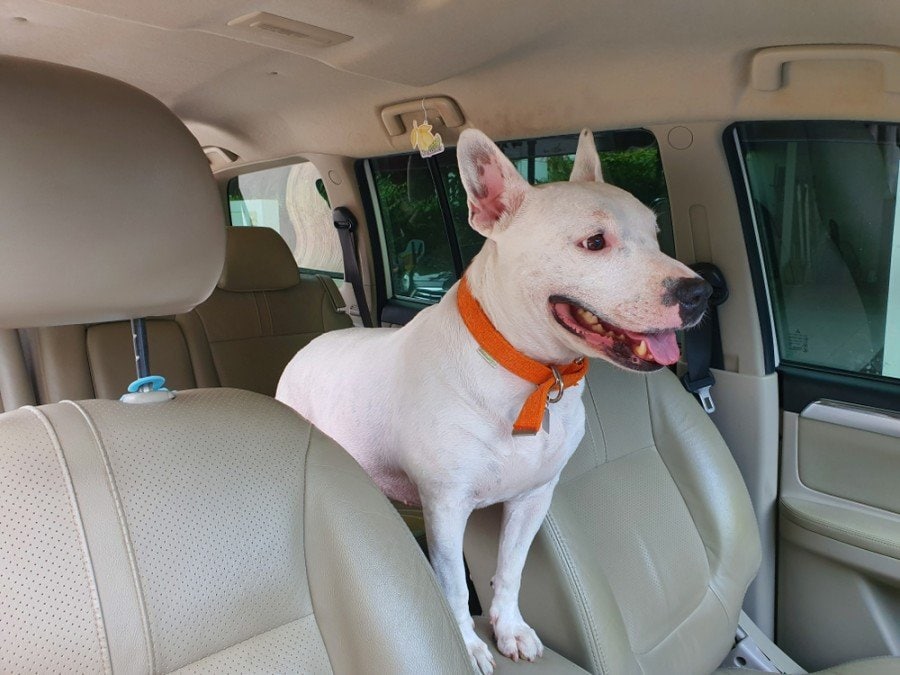 The French Bull Terrier is an adorable cross between the ever-popular French Bulldog and the lovable Miniature Bull Terrier. It is a winning combination that works on so many levels. He is a sweetheart of a pup that will overwhelm you with the amount of affection he will lavish on you. Admittedly, this one is a designer dog, yet it works, nevertheless.

The French Bulldog is the fourth most popular breed with the American Kennel Club (AKC). The Miniature Bull Terrier, on the other hand, is recognized not by AKC but the United Kennel Club (UKC), instead. The hybrid is on the roll call of the Designer Dogs Kennel Club (DDKC). The origins are unknown, but the concept was spot-on.

Both parent breeds couldn’t be more different in their histories. The French Bulldog was the quintessential companion dog with connections to famous artists and the Parisian cafe scene. The Miniature Bull Terrier traces his origins back to the unfortunate days of bullbaiting and its violent past. The mix brings both legacies together in an excellent match.

French Bull Terrier Puppies – Before You Welcome One Into Your Family…

Owning a dog isn’t a responsibility to take lightly. It involves a commitment in both time and money that you must make. A pet in the home isn’t cheap. You can expect to pay at least $1,000 a year or more in expenses, especially for that first year, including the cost of neutering or spaying your pooch. Food is on the top in subsequent years.

The terrier in your pup has a strong prey drive. It also means a high wanderlust potential. He is a dog that you should always keep on a leash or in a fenced-in yard. He has a moderate tendency toward being nippy. It’s a habit that you should correct as a puppy.

1. The French Bulldog caught the eye of several famous artists.

It’s not hard to see why an artist would choose the French Bulldog as a subject. Just look at this pup. He’s adorable! Several famous painters immortalized him, including Toulouse-Lautrec and Edgar Degas. The Paris cafe scene was an ideal backdrop, too.

2. The French Bulldog has a crafty past.

Many dogs have a close connection to the occupation of their owners. Think herding and Border Collies, for example. For French Bulldogs, it was lacemakers. The Industrial Revolution was the prompt that brought the pups to Paris.

3. The Miniature Bull Terrier has a bigger older brother.

The Miniature Bull Terrier is one of the parent breeds of the French Bull Terrier. However, there is a larger variant of this pooch that differs only in size. The former is limited to 14 inches in height, whereas the latter can exceed it.

The French Bull Terrier is a keeper out of the box, which is often the case with dogs bred as companion animals like the French Bulldog. He is an intelligent pooch that will learn quickly what’s expected of him. He is also a loving pup that doesn’t tolerate being alone well. He’d much rather be playing and entertaining you. This dog is a bit of a clown that thinks everything is a game.

The French Bull Terrier is about as friendly and outgoing as it gets. He’ll make a delightful pet, especially if he can get all the attention he wants. He is a pup that will love everyone he meets. However, the terrier in him might show up as possessiveness when it comes to his food. We recommend teaching small children to respect his space at feeding time.

While you may think that he wouldn’t get along with other dogs, the French Bull Terrier is quite sociable and dog-friendly. We recommend socializing him as soon as you bring him home. Puppy training classes are an excellent way for him to meet other canines and people. However, because of his prey drive, you may find he chases the family cat occasionally.

Things to Know When Owning a French Bull Terrier

There are several things you must know upfront about the French Bull Terrier that involve his diet and health. On the positive side, both parent breeds are typically not vocal. There is also only a minor tendency to drool. However, The French Bulldog in him doesn’t handle weather extremes well on either end of the spectrum. He also cannot swim.

The French Bull Terrier is a medium-sized dog that needs a dog food appropriate for these breeds. He will mature relatively quickly. These diets support this growth with adequate nutrition and calories. As a puppy, you can offer him two to three meals a day, evenly spaced to keep his blood sugar levels on an even keel.

Once he reaches adulthood, you can switch him over to adult dog food. Bear in mind that the feeding instructions are only a suggestion. Both parent breeds are prone to weight gain. Therefore, we suggest you monitor his body condition. You should be able to see a distinct waistline. Also, reserve treats as training aids only. Make sure that the kids know about this restriction, too.

Bear in mind that spaying or neutering your pooch will affect their metabolism. You’ll likely find that you must feed him less to make up for the change.

The amount of exercise your French Bull Terrier needs often depends on which parent breed is more dominant. The French Bulldog is more of a couch potato that you may need to coax for daily walks. As you probably can surmise, this trait, combined with his obesity propensity, is a red flag for regular care. It also makes a difference in other unexpected areas of your pup’s behavior.

A study by the University of Helsinki found that socialization and an active lifestyle reduce fearfulness and anxiety in dogs. Those daily walks will not only keep your pooch fit, but it will improve his quality of life—and yours, too! A side benefit is that it will help you bond with your pet and reinforce his leash manners.

If your pup has the short face of the French Bulldog, you should take care not to overexert your French Bull Terrier. That breed often has breathing problems, especially if he gets overheated. Avoid the long walks on hot summer days.

The French Bull Terrier is a smart dog that is easy to train. He is, after all, keen to please you. The Miniature Bull Terrier is a sensitive pooch. We suggest using positive reinforcement to aid the learning process. Consistency is essential to make the lessons stick. This pup has a moderate tendency toward stubbornness. Nevertheless, he is still an excellent choice for the dedicated novice pet owner.

You can also use his playfulness to your advantage by making training a game. That, along with treats, is a recipe for success with the French Bull Terrier.

The French Bull Terrier does shed. However, he is also easy to groom. Using a hound glove or curry brush a few times a week will keep his coat healthy. It’ll also give you an opportunity to check his skin. Allergies are a common issue with the French Bulldog in him. If he has the jaw structure of this breed, dental health is another thing to keep on your radar.

We suggest brushing his teeth regularly. At the very least, include dental treats as a part of his daily diet. You should also trim his toenails occasionally. If you handle his paws frequently, you’ll find this task easier.

As we’ve discussed, breathing issues are among the main concerns with the French Bull Terrier, depending on which breed is dominant. We suggest only getting a puppy from a breeder who does the recommended health screenings, given the number of issues with the parent breeds. Regular veterinary exams are essential.

The French Bull Terrier is a delightful pet, no matter if you get a male or female dog. It comes down to a personal choice and whether you want to breed your pooch. We suggest that you discuss spaying or neutering your pup with your veterinarian for advice about when it’s appropriate and the diet adjustments you must make afterward.

The French Bull Terrier is an adorable pup that brings many of the best traits of both parent breeds to the table. There are the clown-like antics and playfulness of the French Bulldog combined with the Miniature Bull Terrier’s energy and friendliness for you and your family to enjoy. While there are some health concerns, routine vet visits will help you stay on top of them.

This pooch is a commitment of both time and money. He is a pup that needs attention to stay fit, mentally and physically. If you’re ready to take on the challenge, you’ll find the French Bull Terrier a welcome addition to your home.