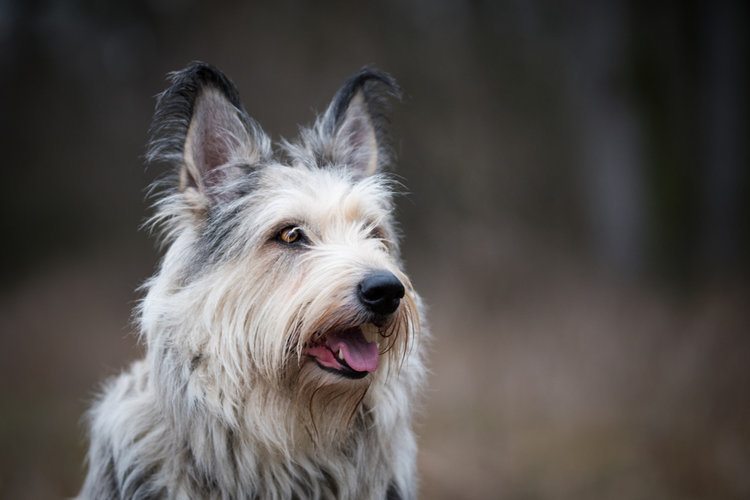 The American Kennel Club (AKC) adds new breeds to its registry every year. Being added to the list as a new breed is no easy task, and the AKC has a rigorous vetting process with strict eligibility requirements for a dog to be recognized as a new, pure breed. These requirements include a national breed club with at least 100 members and a population of third-generation dogs numbering at least 300, and the dogs must be found in at least 20 states in the U.S.

Since 2015, the AKC has added 15 new breeds to its registry. Some have been around for centuries and only recently made their way to the U.S., while some were only created in the last few decades. We rounded up the 15 new breeds registered in the last five years to help you get to know them a little better.

Registered in 2020, this is one of the AKC’s most recent additions. The Barbet has been immortalized in French artwork as far back as the early 16th century. The breed gets its name from the French word “barbe,” which means “beard,” and one look at this woolly pooch makes it easy to understand why. They are a rare breed, with long, Poodle-like coats consisting of thick fur that falls into tight curls — a prototypical water dog. Indeed, these dogs have long been used in France for hunting waterfowl.

Hailing from West Africa, this tall and slender dog is an ancient hunting hound that was only registered in 2019. They are a rare breed and consequently, one of the most expensive in the U.S., fetching prices as high as $9,500. These dogs are so tall and slender that their bone structure can clearly be seen through their skin, giving them a look similar to a Saluki. They are still commonly used as sighthounds in the region today.

Registered in 2020, the Dogo Argentino is a muscular dog developed in Argentina for hunting large game. They are fierce-looking dogs with a strong will, and assertive leadership qualities are needed to manage these powerful dogs, making them not an ideal choice for first-time owners. That said, they are loyal and protective family dogs that rarely show aggression. They are a new breed and still fairly rare in the U.S., leading them to be one of the most expensive pooches around, fetching up to $8,000 in some cases.

Despite their name, American Hairless Terriers come in both coated and hairless varieties. They are descended from a single Rat Terrier that was selectively bred for hairlessness, and the breed was officially recognized in 2016. They are curious, energetic, and intelligent dogs with a long heritage of hunting small rodents. They are the ideal choice for owners with allergy issues due to their low shedding and make ideal family pets with their friendly, active natures.

These dogs were originally bred in the Netherlands as a duck decoy dog, luring the fowls to their doom into “Eendenkooi,” human-made pond trapping cages. Their Dutch name translates to “small cager dog,” and their plumed tail helped entice ducks into these cages. Although they have been popular in the Netherlands for centuries, they were only registered with the AKC in 2018 and have been gaining popularity in the U.S. ever since.

These curly-coated sheepherding pooches have their origins in Hungary, with their compact size allowing them to move flocks down the narrow roads to pastures. They were registered with the AKC in 2016 but have origins stretching back as far as 1815. These adorable pooches may look like lapdogs but are hard workers at heart, with an agile, energetic, and vocal work ethic. They have the intellect of a herding dog, the alertness of a Terrier, and the appearance of a quintessential lapdog, making for a unique breed indeed.

Found mainly in Morocco, this North African dog has an appearance similar to the smooth Saluki and was bred for hunting small game in the region. The ancient breed is revered for its speed, agility, intelligence, and endurance. They are highly devoted to their owners, a typical trait in sighthounds, and is a robust yet sensitive dog that needs gentle training. The breed was registered with the AKC in 2016 but is an ancient breed outside of the U.S., existing for centuries in Northern Africa.

This long and curly-haired pooch has its origins in the Italian Alps as a tough herding dog. These dogs have a characteristically long coat, with three different types of hair that quickly forms into thick mats. This makes them ideal working animals in the cold and harsh climates of the Alps. They are friendly and non-aggressive pooches that make great working dogs, guard dogs, and family companions.

This unique breed almost went extinct during World War I and II and remains rare, with only around 3,500 animals in their native France and less than 400 in the U.S. While they were registered with the AKC in 2015, they have a lineage going back to the early 9th century. They originated in Picardy, a region in France where they got their name and were used mainly as herding dogs due to their energetic and hardworking nature.

A long-revered animal in South Africa, this Mastiff-type breed is large and somewhat intimidating, with a ton of power and strength. Indeed, they were bred as guard dogs to protect farmers’ homesteads and to work on the farm. Their name, with its Dutch origins, reflects this history, translating to “farmer dog.” These dogs are highly loyal and protective and will defend their owners to the death if need be. They are commonly known as “Velcro dogs,” never straying too far from their owners.

This Italian breed originated in Italy as a hardworking hunting dog, specifically as a water retriever. Their thick, dense coats keep them protected from cold temperatures, and it is widely believed that most modern water dogs were descended from the breed. They are now more commonly used in their homelands to search for truffles due to their excellent noses. The breed was registered with the AKC in 2015, but their lineage has been traced as far back as the 1400s.

These Italian hunting dogs originated on the island of Sicily, where they were bred to hunt rabbits and other small game. They are sleek, athletic dogs that are known for their speed and agility but make highly loyal and loving family companions too. They have large, upright ears and a short, smooth coat, leading them to be often confused with a Pharaoh Hound. They are an ancient breed that is rare in the U.S. and was only registered with the AKC in 2015, but they have steadily been gaining popularity ever since.

This small herding dog originated in the U.S., with an appearance akin to the Australian Shepherd in miniature, and was known as Miniature Australian Shepherds for decades. They have been used mainly to herd small animals like sheep and goats, and their small size makes them perfect as companion animals too. Despite being bred in California since the 1960s, the breed was only registered with the AKC in 2015.

These curly-haired dogs were traditionally used in Spain as herding dogs and guard dogs. With their long, dense coats, they have also been popular as gundogs and have genetic links to other water retrievers like Poodles and Irish Water Spaniels. They are intelligent and energetic and have powerful hunting instincts, so they need firm and consistent training. They are versatile animals, though, and make great working dogs as much as they do loyal family companions.

These short-legged pooches originated in France as hunting and sniffing dogs but are more commonly kept as companion animals today. With their hunting heritage, these dogs are natural pack animals, so they should ideally be kept with one or more other dogs. They are active and energetic pooches that do not tend to tire easily and will need a regular workout to stay happy and out of mischief.

These are the 15 most recent breeds registered with the AKC. With all the beautiful and unique breeds on this list, one can only manage what the future holds and what ancient, unknown breeds are still to come.

Why Does My Dog Lick My Face? 3 Reasons for This Behavior