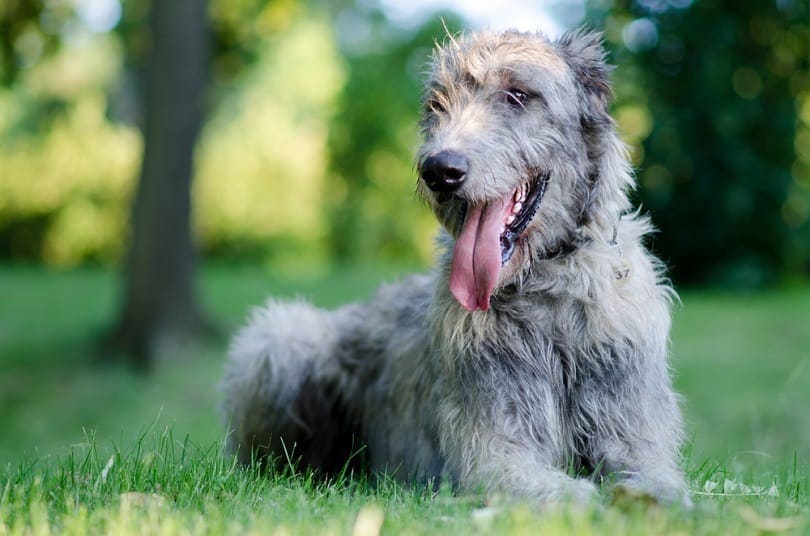 Not all dogs come with a soft, silky coat. Some dogs have a rough wiry coast instead. But that doesn’t make them any less desirable. Many dog lovers prefer wirehaired dogs due to their rustic look and their low-shedding attribute. Let’s take a look at 16 of the most popular wirehaired dog breeds around!

The 16 Wire Haired Dog Breeds Are:

If you had to choose one dog to stand for nobility and swagger, the Scottish Terrier would probably make a prime candidate. Their trademark gruff and black wired coats were used to protect them while they fulfilled their original purpose—rooting out badgers and foxes. Scotties do have a dual coat, however, with their undercoat being very dense and soft.

The Airedale is commonly referred to as the “King of Terriers” due to its being the largest of all terrier breeds. They’re exceptionally intelligent pups and quite protective of their families. But they can be a bit stubborn. Combined with a high prey drive and natural energy, the Airedale will happily make a day out of chasing down vermin or playing with their loved ones.

Don’t let their size fool you. These little munchkins are just full of energy and overloaded with personality. They’re among the smallest of the Scottish terriers, but don’t let them know that. They’ve got the heart of a lion and are essentially fearless. However, after a long day’s adventure, they’re more than happy to find a comfortable spot to rest curled up in your lap on the couch.

Jack Russell Terriers aren’t all wire haired. Some of them come in smooth hair variety. However, they’re still considered the same breed. These terriers are extremely hardy and robust dogs despite their diminutive stature. They’re super active pups and love a full day out of exploration. Jack Russell’s can be quite barky at times though, but that’s just part of loving them.

These little buggers are another small breed that acts like a giant. The Brussels Griffon has one of the largest personalities in all of dogkind. Originally bred as ratters in Belgium, these pups quickly rose through the ranks of high society based on their natural aura of superiority. They’re also desired for their human-like faces and trademark beards.

Dachshunds—like the Jack Russell Terrier—can come in long-haired or smooth hair varieties. These tube-shaped Sausage Dogs were designed to hunt badgers in early Germany by diving into their holes and digging them out. Nowadays, their badger-hunting past has been relegated to history, and they spend most of their days curled up as companions.

The Affenpinscher—amicably nicknamed the monkey dog—is a small terrier-like dog developed to rid kitchens and granaries of unwanted rodents. While stubborn like most terriers, the Affenpinscher is much more acceptable to strangers and people outside the home. And due to their even-tempered and cheerful demeanor, they make great house pets.

The West Highland Terrier is a medium-sized Scottish terrier breed that has a rough wiry external coat. Although their undercoat is soft and fluffy, the coarseness of their outer coat helps to provide them some protection as they conduct their designed task of hunting small rodents and vermin.

It’s hard to forget a Dandie Dinmont Terrier. From their lovable personalities to adorable body shape and top knot, the Dandie Dinmont is as unique as they come. They’ve got a very long tubular body similar to a Dachshund with short little legs and topped off with what appears to be a cute little afro. Couple that with their affectionate, fun-loving attitude, and you’ve got one great dog breed.

The Otterhound is a wire haired scent hound bred in medieval England for otter hunting. However, since the banning of the sport in 1978, this beautiful breed’s numbers have been dwindling due to lack of popularity. There’s only an estimated 600 of them left in the world and is considered to be the most vulnerable breed in all of Great Britain.

This gentle giant is the tallest of all recognized AKC breeds and has a very rough distinctive coat. Irish Wolfhounds are extremely well-mannered pooches and co-exist very peacefully with children—thanks in part to their patience and even temperament. However, they still have a very high prey drive and won’t hesitate to give your cat or other small animals a run for their money.

German Wirehaired Pointers are very similar to the German Shorthaired Pointer, although they’re recognized as separate breeds. And it’s all because of their wire coat. Their coats are much more water repellant and insulating than other German Pointers, making them ideal hunting partners out in colder winters and harsher weathers.

The Wire-Haired Vizsla is a Hungarian pooch that was developed in the 20th century to give the dog a warmer coat than their smooth-haired cousins. They’re a very popular hunting breed with seemingly endless energy. And they are loving, loyal, and eager to please. However, they can become quite destructive when bored and will chew up an entire house at a moment’s notice.

The only thing more iconic than this breed’s show-stopping blue colored coat is its ability as a working dog. They’re among the largest of the AKC terriers occupying the same size range as the Airedale Terrier. However, they haven’t lost their spunk with their size. Kerry Blue Terriers have been long known for their vermin control skills, herding skills, and guard dog capabilities.

Schnauzers are a dog so nice, they bred them thrice. Well, they come in three different sizes (miniature, standard, and giant), that is. Originally a hardworking farm dog that specialized in guarding and ratting, the Schnauzer now tends to find itself snuggled up as a companion dog to a lucky owner.

Whether you’re looking for one of the wire haired Terriers on our list, or another great wire haired dog breed, it’s important to know that these unique pups aren’t for everyone. But they make for great outdoor dogs such as guardians, ratters, and hunters. Or you can bring them inside for minimal shedding and allergy issues. And if you’re ready to branch out into wirehaired dogs, you’ll find a whole new world of doggy personality, energy, and love! 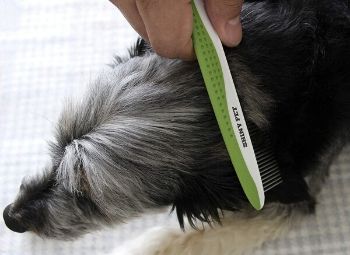 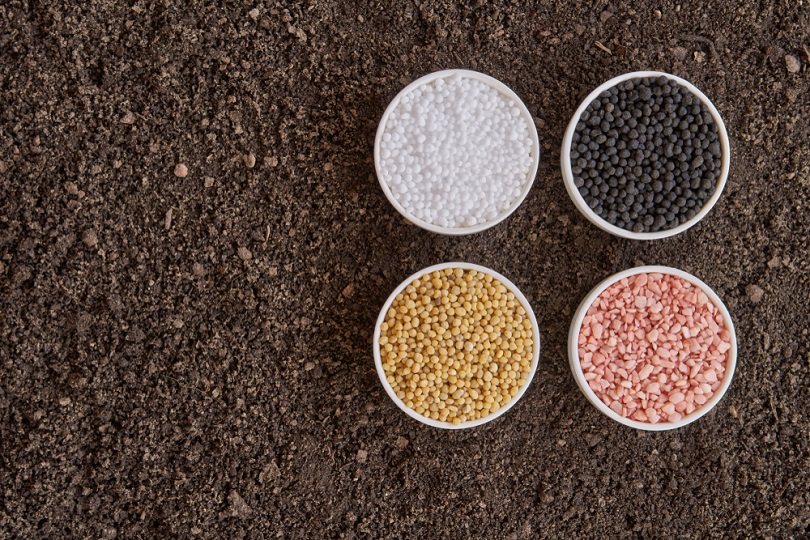 My Dog Ate Fertilizer! Here’s What to Do (Our Vet Answers) 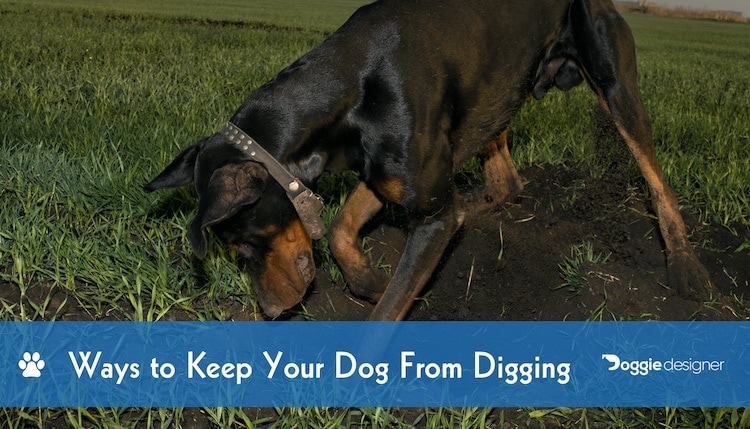 15 Ways to Keep Your Dog From Digging Under a Fence 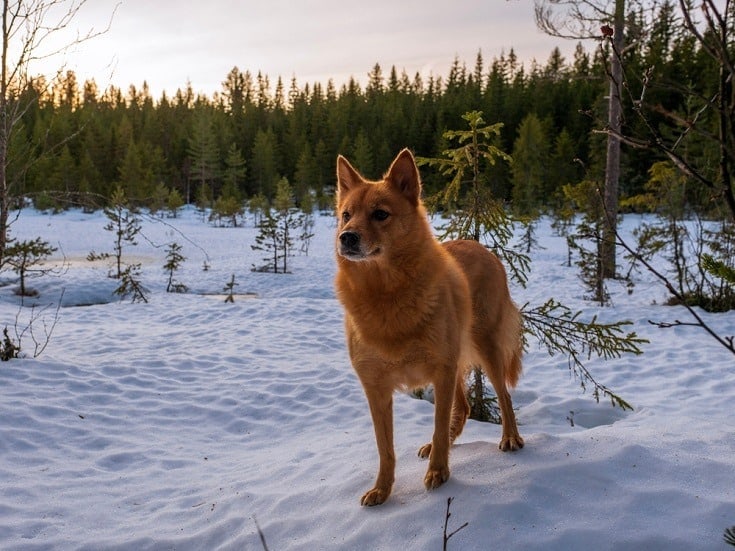