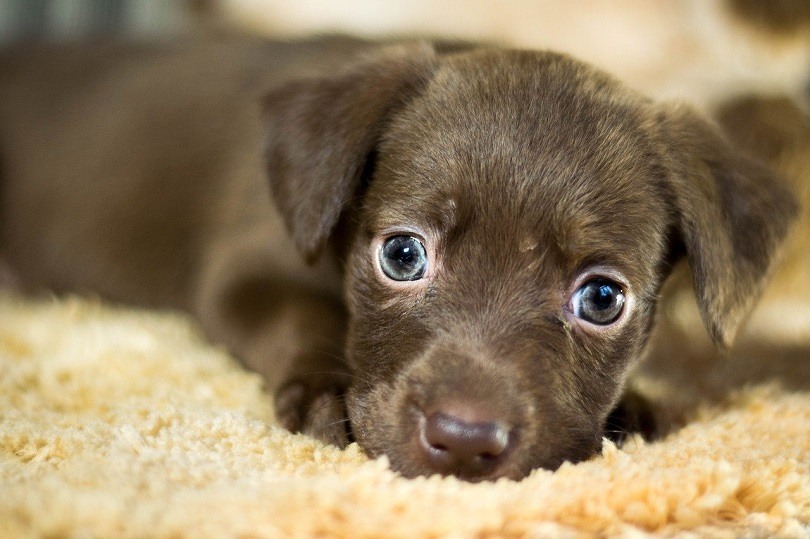 Adding a dog to your family is a big commitment. But what if you just don’t have an entire day every day to dedicate to them?

There are definitely some dogs out there that require constant attention. They suffer from extreme separation anxiety and hate to be left alone. But not all dogs are like this.

As a matter of fact, there are some dogs that can thrive perfectly well on their own for extended periods of time. Here are 11 dogs that can be left alone:

The 11 Dog Breeds That Can Be Left Alone:

If you have to leave for work or school all day, there’s a chance that your Basset Hound won’t even notice. And if they do, they’ll probably just shrug it off and head to sleep. They are the sleepiest of all dog breeds hand down. Given the right amount of food, water, and a comfy bed, these pups have zero issues being left alone. They’ll wait patiently for you to arrive home and then curl up in your lap — to sleep some more.

Maltese are the slackers of the dog world. They are among the most easy-going of all dogs and have zero issues waiting for you to come back home after an extended stay away. Instead of tearing up the couch, these little pups are more likely to climb on top and head to sleep. If you do want to give them a companion while you’re away, they do great with cats.

When many people first think of Greyhounds, they envision a narrow, athletic dog ripping around a racetrack. And while it’s true that Greyhounds have been used for racing and coursing, they’re absolute couch potatoes. They don’t really require too much extended exercise. Just like their coursing and racing, Greyhounds tend to exercise in high-energy bursts and sprints — all of which can be achieved after you get home.

Whippets are very similar in temperament to their Greyhound cousins, however, they’re a bit more passive. So, if you’re looking for a pooch with guard dog tendencies, this probably isn’t the breed for you. They’re relatively relaxed which means they’ll probably be OK with just a soft place to sleep while you’re away. But, just be forewarned, when you arrive home, there’s a good chance that they’re going to demand all of your attention.

If you’re looking for a great watchdog, you may want to consider a Chow Chow. They’re strong, quiet, and independent, making them ideal for extended periods of time spent alone. They’re also extremely suspicious of strangers and not afraid of confrontation. And while they make excellent watchdogs, this isn’t a breed we recommend if you have small children. They are not too keen on physical affection and snuggling.

The Boston Terrier is one cool pup. They’re super laid back and one of the few terriers breeds that don’t suffer from separation anxiety. Boston Terriers are also very independent, meaning they’re pretty good at entertaining themselves when left alone. Just leave them a few toys to play with, proper food and water, and you shouldn’t have any worries.

These little guys definitely have a classic Napoleon complex. They’re a big dog trapped inside a little body. And they take their roles as watchdogs very seriously and can get to be very noisy. You should definitely take this into consideration if you’re living in close proximity to others such as in an apartment, townhome, or condo. Your neighbors might not appreciate an excessive barker while you’re away.

If you’re looking for a terrific watchdog, then the Akita might be just right for you. Not only are these dogs very loyal and protective, they also are independent enough to be left alone without causing really any problems. They also don’t tend to be outwardly aggressive, so there won’t be excessive barking. Only when confronted will they become more aggressive, and these fearless pups aren’t known for backing down from a challenge.

If you’re an apartment dweller who spends a lot of time out of the home, a Shar-Pei may be one of the best dog breed choices for you. They’re very aloof, independent, and require minimal coddling. They also seem to enjoy having a job to do especially as watchdog or guardian.

There are times when Chihuahua gets a bad rap. They’re known for being skittish and timid, but also for giving off lots of attitude in a little package. But when it comes to being left alone, they fair pretty well, comparatively. They thrive best in pairs though. So if it’s possible for you to have two of them, you’ll have little to worry about when you leave the house.

This is one of the largest dog breeds on earth. But despite their massive size, they don’t desire as much exercise as you may expect. They’re actually pretty laid-back dogs and just love to sleep. Bullmastiffs do very well when left alone, but be sure to leave behind some chew toys to play with. And when you do return, be prepared to shower this pooch with lots of love.

You should never get a dog if you can’t provide the proper love and time for them. However, that doesn’t mean you have to put your entire life on hold to be a responsible pet owner. Instead, you should opt for a more independent breed such as one of the dogs on our list.

And when you do return from an extended period of away time, be sure to make up for that lost time with plenty of love and playtime.